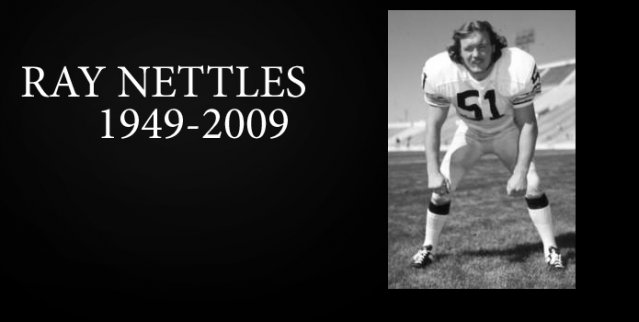 TORONTO — The Canadian Football League is saddened to announce today that Hall of Fame defender Ray Nettles has passed away at a hospice in Jacksonville, Florida. He had turned 60 on August 1st before succumbing to a long battle with cancer this afternoon.

Originally drafted by the NFL’s Miami Dolphins in 1972 out of the University of Tennessee, Nettles chose to move north to BC and begin his professional playing career with the BC Lions. Nettles’ best years were with the Lions. He played on the West Coast from 1972-76

The hard-nosed linebacker and defensive lineman wasted little time making an impression in his rookie year and was named the league’s Outstanding Rookie in ‘72 as well as a Western Conference All-Star.

In all, Nettles appeared in 79 games for the Lions before being traded to the Toronto Argonauts in 1977 where he earned his first Eastern Conference All-Star selection as well as a team selection as Outstanding Defensive player. In 1978, he was dealt to the Hamilton Tiger-Cats where he was named a conference All-Star for a second time in as many seasons.

Nettles completed his nine-season career with one-year stops in Ottawa (’79) and Calgary (’80). He was inducted in to the Canadian Football Hall of Fame in 2005.