Argos make a deal with the Alouettes 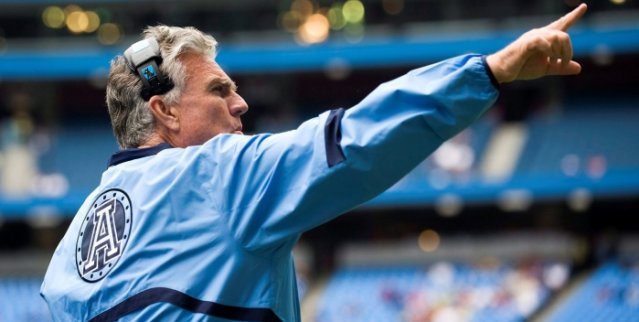 Argos make a deal with the Alouettes

MISSISSAUGA, Ont. — The Toronto Argonauts have finalized a trade with the Montreal Alouettes to acquire WR/RS Chad Owens in exchange for a fourth round pick in the 2011 CFL Canadian Draft.

Owens spent most of 2009 on the Als practice roster, dressing for 1 game against Toronto where he accumulated 100 all-purpose yards.  Prior to that, the University of Hawaii standout, who tied an NCAA record with 8 return touchdowns and set an NCAA record in 2004 with 5 punt return touchdowns, spent time with the Jacksonville Jaguars, the Tampa Bay Buccaneers and the Colorado Crush (AFL).

Commented Argos’ Director, Player Personnel, Mike Hagen, “Chad is an experienced receiver and return specialist who will fill a need for us in the development of our offensive and special teams schemes.  We are excited to acquire a player of Chad’s abilities.”

Chad Owens will join his new Argos teammates on the practice field tomorrow at 10:30 a.m.