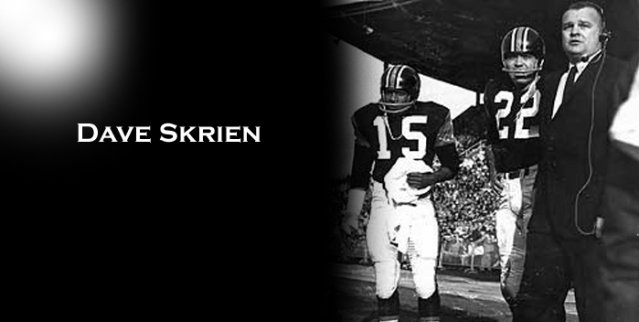 MOUND, Minn. — Former CFL coach Dave Skrien, who guided the B.C. Lions to their first Grey Cup victory in 1964, has died in his home in Mound, Minn., the Lions said in a release Wednesday.

Skrien, who had been suffering from Alzheimer’s disease, died Tuesday. The Lions could not confirm his age.

After graduating from Morris High School, Skrien played his college football for the University of Minnesota Golden Gophers. He joined the Saskatchewan Roughriders as a running back in 1953 and spent 1954 with the Winnipeg Blue Bombers.

Skrien was hired by the Lions as a backfield coach in 1959. He took over as B.C.’s head coach in September 1961 when Wayne Robinson was fired after the team started the season 0-6-1.

Skrien led the Lions to a 12-4 record in 1963 and their first Grey Cup appearance, losing 21-10 to the Hamilton Tiger-Cats. He won the Annis Stukus Trophy that season as coach of the year.

The next season, with Joe Kapp at quarterback and with players like Willie Fleming, Norm Fieldgate and Tom Brown, the Lions had a 11-2-3 record and won the franchise’s first Grey Cup with a 34-24 win over Hamilton.

The Lions wouldn’t win another Grey Cup until 1985.

After one season as an assistant coach at Boise State College, Skrien joined the Edmonton Eskimos as an assistant in 1969. He was hired as head coach of the Roughriders in 1971, taking them to the 1972 Grey Cup, which they lost 13-10 to Hamilton. He resigned after the 1972 season with a 16-14-1 record.

In 1975 Skrien was hired by Leo Cahill as offensive backfield coach for the Memphis Southmen of the World Football League. That team included former NFL stars Larry Csonka and Jim Kiick.

When the World Football League folded, Skrien returned to Minnesota to coach Golden Valley Lutheran College. In 1988, Skrien joined the University of Minnesota as a football administrative assistant and recruiting co-ordinator.