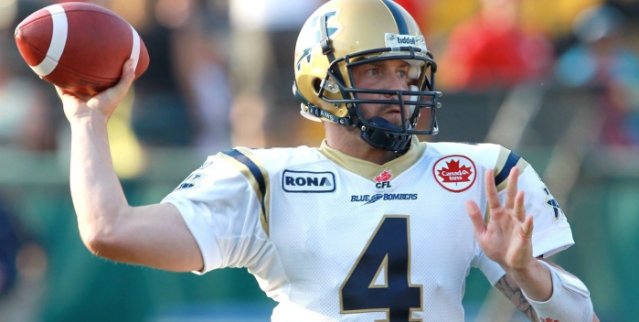 WINNIPEG — The Winnipeg Blue Bombers are proud to announce that $5,400 has been donated to the Variety Club of Manitoba on behalf of Supreme Basics who sponsored a promotion called “Pass the Bucks”, where they would donate $200 for every passing touchdown during the 2010 season.  In total, Blue Bomber quarterbacks threw 27 touchdown passes.

“At Supreme Basics, we believe our responsibilities go beyond our well-earned reputation for providing quality products and services to our customers,” said Brennan Thomson, Corporate Marketing Manager of Supreme Basics.  “We feel it is the responsibility of not just Supreme, but every Canadian company to invest in the welfare of our communities and support Canada’s future generations.”

Variety, the Children’s Charity of Manitoba is one of the premier children’s charities in the province and has raised over $22 million in Manitoba to meet the special needs of children of all abilities.

“Children are the heart of our existence and the inspiration of our work,” said Wayne Rogers, Executive Director, Variety, the Children’s Charity of Manitoba.  “Variety is truly blessed with the generosity of Supreme Basics and the Pass the Bucks program.  The funds generated will help Variety to inspire hope, enrich lives and build a better future for Manitoba’s children.”

The Winnipeg Football Club prides itself on its community programs and has teamed up with many different charities and organizations throughout the years through programs like Pass the Bucks.

“This was a unique promotion offered by Supreme Basics that we’re very proud to be associated with,” said Blue Bomber President Jim Bell.  “The money is going to a great charity and we’re very happy to have been able to play a part in the donation.”