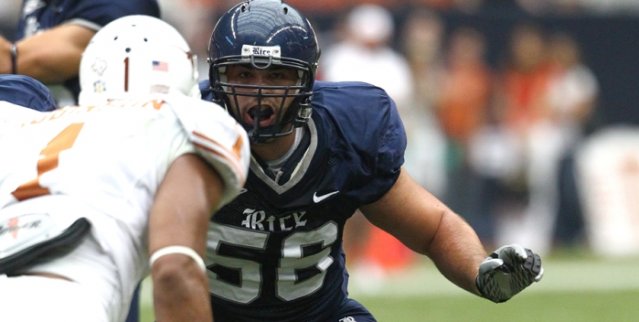 TORONTO — Scott Mitchell’s strong performance at the 2011 Evaluation Camp presented by Reebok has helped earn him the number one ranking in advance of the CFL Canadian Draft on Sunday, May 8, the CFL Scouting Bureau announced today.

Mitchell wasn’t the only prospect to improve their ranking after a strong performance at E-Camp. Calgary Dino receiver Anthony Parker performed well in testing and on the football field and is now ranked second by the Scouting Bureau (moving up one spot).

The prospect who made the biggest jump in the rankings since they were last published in December was St. Francis Xavier linebacker Henoc Muamba who moved up seven spots to third.

View results from the 2011 Evaluation Camp presented by Reebok.

Previously number one ranked prospect Philip Blake is now ranked fourth. Blake is a red-shirt junior in the NCAA and therefore could not participate at the 2011 Evaluation Camp. The Baylor University offensive lineman is eligible for this year’s Canadian Draft but has one year of NCAA eligibility remaining.  This means that if he is selected in this year’s draft he has the option of returning to play his final year at Baylor University, while his CFL rights would remain with the team that drafted him.

The 2011 CFL Canadian Draft is scheduled for Sunday, May 8th at 12:30pm ET (9:30am PT). The first two rounds will be broadcast on TSN and the results from the remaining four rounds will be available through real-time updates on CFL.ca.

The CFL’s Scouting Bureau is comprised of CFL scouts, player personnel directors and general managers from the league’s eight teams.