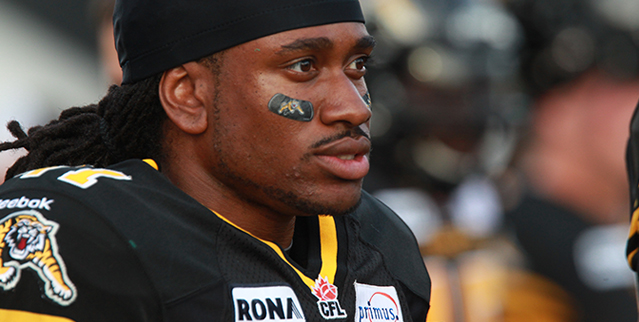 Hood, who attended Father Michael Goetz Secondary School while growing up in Mississauga, has spent the last three seasons with the Hamilton Tiger-Cats playing on special teams and on defence as both a linebacker and defensive back.

“It is still surreal to me that I am going to be a Toronto Argonaut. I used to watch Argos practice all the time and they used to come to my high school and play basketball against us. Now I get to put on those iconic colours and be part of everything good the organization stands for. I am truly privileged to sign with my hometown team, and I intend to honour the tradition that comes with wearing Double Blue,” said Hood.

Hood was originally drafted by the Edmonton Eskimos in the fourth round (26th overall) of the 2008 CFL Canadian Draft but never played a game for the team. Instead, he returned to school after seven weeks on the practice roster to complete his Master’s degree at Western Ontario.

Prior to being drafted, Hood spent four seasons at St. Francis Xavier where he was named an AUS All-Star in 2007 after returning 38 punts for 440 yards, and 14 kickoffs for 417 yards while bringing two kicks back for touchdowns. During his only year at Western (2009), he recorded 23 tackles and two quarterback sacks.

Beckwith, who also goes by the nickname “Dougie”, started 11 games in his senior year at Louisiana State University.  That season, he totalled 51 tackles, 0.5 sacks and was a finalist for the 2008 Butkus Award, as one of the top linebackers in college football. Born in Baton Rouge, Louisiana, Beckwith has spent time with the San Diego Chargers, Indianapolis Colts and New Orleans Saints of the NFL.