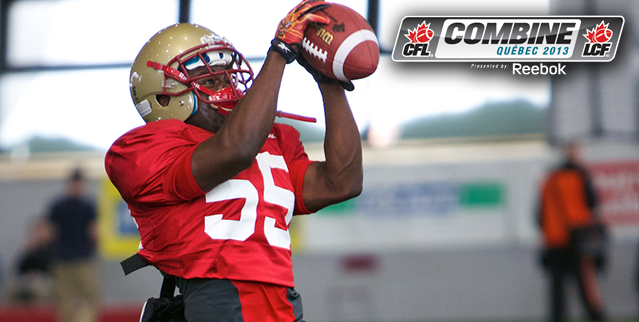 QUEBEC CITY — Following his impressive showing Wednesday at the Quebec City Regional Combine, Concordia Stingers defensive back Kristopher Robertson has been invited to participate at the 2013 CFL Combine in Toronto this weekend.

Robertson’s athleticism was on full display at Stade-TELUS Université Laval, leaping 10’2.00″ in the broad jump, while registering 39.00″ in the vertical jump, the best among all defensive backs.  He also had the fastest time in the 40-yard dash clocking in at 4.48.

In 2012, Robertson led the RSEQ Conference with four interceptions, two of which he returned for touchdowns. He also led the conference with 636 kick return yards.

The Pickering, ON native finished the 2012 campaign with 27.5 tackles.