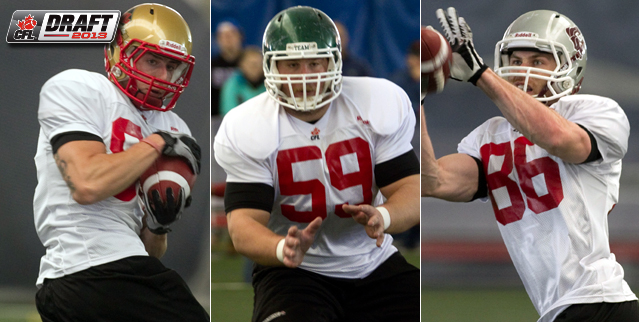 TORONTO — With the depth of the football talent in Canada continuing to expand, the CFL Draft is following suit.

The Canadian Football League announced today that it has expanded its draft from six to seven rounds.

“The talent of football in Canada is the strongest it’s ever been,” said Kevin McDonald, CFL Vice President of Football Operations. “And with this increase in the depth of Canadian talent, we wanted to ensure our teams had an increased opportunity to draft, train and coach Canadian players.”

The seventh round selection order is determined by waiver priority. The order for that round is as follows: Hamilton, Winnipeg, Edmonton, Saskatchewan, Montreal, BC, Calgary, Toronto. Click here to view the full Draft selection order.

Last week, the CFL Scouting Bureau published its final edition of the top ranked players heading into this year’s draft. Click here to view the rankings.

In March, the league held its CFL Combine presented by Reebok in which 55 players participated. Click here to view the results.