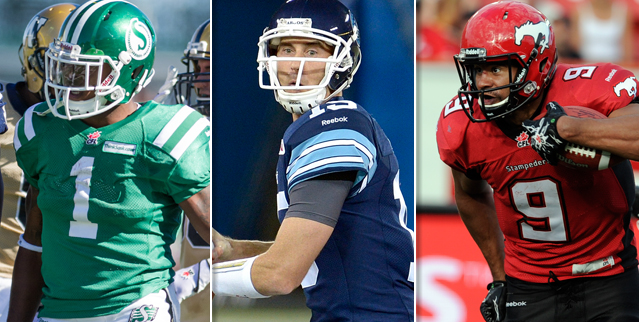 The players were selected by voting members of the Football Reporters of Canada (FRC) and the CFL head coaches.

The East and West Division winners for the 2013 Gibson’s Finest CFL Player Awards will be announced on Thursday, November 7 at noon ET.

The 2013 Gibson’s Finest CFL Player Awards will be handed out on Thursday, November 21 at Conexus Centre in Regina. Tickets for the show are available at www.conexusartscentre.ca or by calling (306)-525-9999.  Select awards show tickets also provide access to the Leader-Post Player Awards Post Party at Conexus Centre.

Below are the first ballot results: