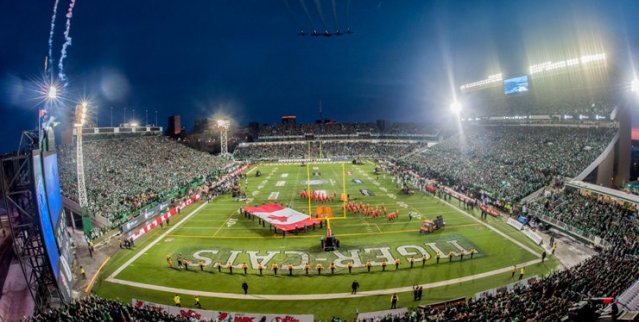 TORONTO — Every Canadian Football League game this season will be available live to fans in the United States thanks to a new multi-year agreement with ESPN, which was announced today.

“We are thrilled for our fans in the United States that the ESPN networks will be the exclusive home of our league there,” said Mark Cohon, Commissioner of the CFL.

“This is a powerful showcase for our talented athletes, our exciting brand of football, and the CFL itself, a league with a proud history but, more importantly, a bright future.”

“Since the early days of ESPN, CFL games have been a valued part of our programming lineup,” said Burke Magnus, Senior Vice President, Programming Acquisitions. “I’m proud to see our relationship continue as we strive to serve football fans 365 days a year.”

The 2014 CFL season kicked off last night as the Winnipeg Blue Bombers defeated the Toronto Argonauts 45-21. It continues on Saturday, June 28, as the Montreal Alouettes visit the Calgary Stampeders at McMahon Stadium. The game features the CFL regular season debut for Chad Johnson of the Alouettes and will be televised live on ESPN2.

“Collaborating with a worldwide leader in sports content like ESPN is great news for our fans, our players and our teams,” said Cohon. “It speaks to the strength of our product and the passion of fans in the U.S. for our game.”

CFL games presented on ESPN networks will also be available to audiences in Latin America, the Caribbean and the Pacific Rim.