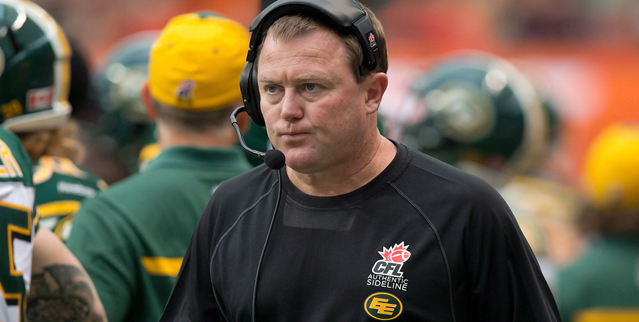 TORONTO — The Canadian Football League announced today that it has fined Edmonton Eskimo head coach Chris Jones $5,000 for disregarding pre-game timing protocol during their last three road games. This led to their players entering the field of play late which disrupted pre-game timing and operations.

The Eskimos issued a statement their road game pre-game timing:

We apologize for the team’s on-field absence during the national anthem last Friday in Ottawa. It was not intentional and does not represent the tremendous respect the Edmonton Eskimo Football Club holds for the nation, the league and fans. The absence was the result of an internal miscommunication we have since corrected.

Going forward, the team will align with the protocol set out by the league as to not disrupt pre-game timing and game day operations.