CFL Simulation: Ticats still have a shot at Eastern crown 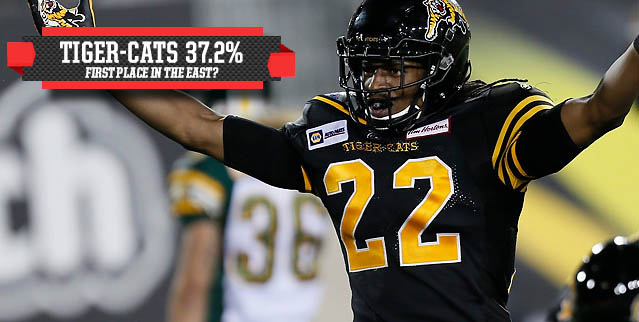 CFL Simulation: Ticats still have a shot at Eastern crown

TORONTO — A computer simulation model is used to calculate the probabilities of any CFL team finishing first in its division.

The model calculates each team’s probability of victory in each remaining game.  It then simulates 10,000 replications of the remaining regular season schedule.  The first place team in each division is the one with the most regular season wins.  For each replication, the model keeps track of which team finished first.

Here is a look at how the teams stack up: