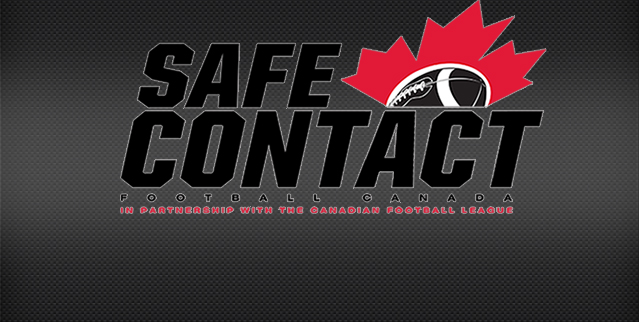 The PSA will run weekly on TSN during CFL on TSN broadcasts and will be shown in stadiums across the league during the 2015 season.

“Growing our game remains a high priority for our league,” said Jeffrey L. Orridge, Commissioner of the Canadian Football League. “That’s why we are so proud to be partnering with Football Canada once again this year, to promote the Safe Contact program across Canada. By ensuring that all of our youth football coaches are Safe Contact trained by 2017 we are continuing to build a safe and better game together.”

“Safe Contact is not only an integral part of coach education but also grassroots football across Canada,” said Richard MacLean, President of Football Canada. “This past year’s response from the football community has been tremendous as they adopt Safe Contact in their respective communities. We look forward to continuing our partnership with the CFL to expand the instruction of fundamentals of tackling, blocking and ball carrying taught through the Safe Contact program across the country.”