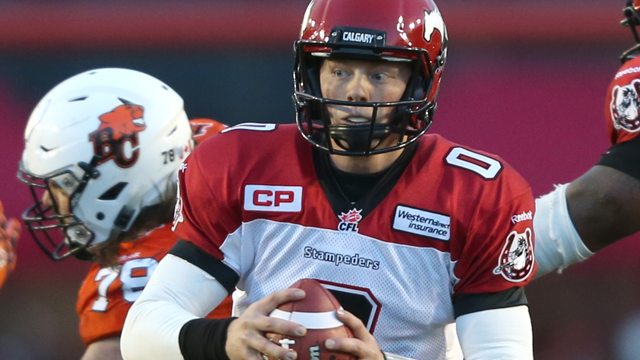 The group will be honoured in Ottawa on November 16, when His Excellency the Right Honourable David Johnston, Governor General of Canada, presents the third annual Governor General’s Academic All-Canadian Commendation to the eight recipients during a ceremony at Rideau Hall, his official residence.

Every year, a growing number of CIS student-athletes are recognized as Academic All-Canadians, having maintained an average of 80 per cent or better over the academic year while competing for one – or more – of their university’s varsity teams.

“The record number of Academic All-Canadians speaks volume about the quality of our student-athletes, but also our coaches, support staff and our universities,” said Graham Brown, chief executive officer of CIS. “To be selected among 11,500 of their peers is an achievement these exceptional student-athletes should be extremely proud of. They represent the very best of what university sport is all about.”

Austin Kennedy, a fifth-year football star with the Windsor Lancers, and Buckley, the Calgary Dinos pivot, were both among the selected.

Below is a short profile of each player:

Entering his final season with the Dinos this fall, Buckley had already secured his place as one of the best quarterbacks in school, Canada West and CIS history. After serving as a backup in his first two campaigns, Buckley earned the starting job in 2013 and has since put up record-breaking numbers, including a 2014 season that was capped with the Hec Crighton Trophy as the most outstanding player in the nation and a selection by his hometown Calgary Stampeders in the 2015 CFL draft. In eight league games a year ago, the 6-foot, 201-pound pivot completed 64.3 percent of his passes for 2,175 yards and 18 touchdowns, added 510 yards and 10 majors on the ground, and helped Calgary become the first team in Canada West annals to racked up over 5,000 yards of offence in a single season.

In addition to the Hec Crighton, Buckley also received his second straight Russ Jackson Award in 2014 as the CIS football player who best combines excellence on the field, in the classroom and in the community, making him the first student-athlete in history to capture both trophies in the same campaign. A four-time CIS Academic All-Canadian who plans to attend medical school to become an orthopedic surgeon, the 22-year-old has so far maintained a superb grade point average of 3.93 in kinesiology and has been involved in several research studies with findings presented at major North American medical conferences.

His community service is as remarkable, including with several football development camps in Calgary and Lacombe, Alta., volunteering with elderly gentlemen with late stage of Alzheimer’s disease, and his involvement with the Sandwich for a Story initiative in downtown Calgary, the Foothills Hospital, the Colonel Belcher’s Senior’s Home, as well as a 10-day humanitarian trip to Guatemala back in 2011.

“Andrew leads by example. His positive and enthusiastic approach to every challenge he faces brings a calming effect to his teammates. They know that they can trust Andrew in every situation presented both on and off the field,” said Dinos football head coach Wayne Harris. “His will to prepare and desire to succeed are solidly grounded in his outstanding work ethic. He represents Dinos Football exceptionally well and we are proud of all that he has accomplished.”

Wrapped up his remarkable career with the Lancers football program in the fall of 2014. Over five seasons, he was a three-time OUA conference all-star, was twice voted team MVP, tied the OUA career record with 79 touchdown passes, became only the fourth quarterback in CIS history to reach the magical 10,000-yard plateau (10,004) and graduated as the all-time school leader in most passing categories. In his final campaign last fall, the 5-foot-10, 205-pound pivot averaged 282 yards through the air per game with a 15-8 touchdown-to-interception ratio.

The 24-year-old Windsor native was equally as impressive – if not more – in the classroom, graduating with distinction from the faculty of business as a five-time CIS Academic All-Canadian, member of the Dean’s List and recipient of the Blue & Gold Scholarship. He also made the President’s Honour Roll on two occasions and was a three-time recipient of the prestigious Gino Fracas Scholarship.

Kennedy was involved in the Windsor football community throughout his five years with the Lancers as a volunteer coach with numerous programs and camps, but his involvement went beyond his sport as he was also a volunteer business consultant (TechTown Detroit Health Hackathon), guest speaker (Odette High School Leadership Initiative), VIP host (CIS women’s basketball championship) and camp supervisor (Riverside Basketball Camp), to name a few.

“Austin is a perfect example of what a student-athlete should strive to be,” said Lancers football head coach Joe D’Amore. “He was not only a record-breaking star on the football field, but he held the highest GPA on our team for four years and showed an incredible work ethic in everything he did.”

More information can be found HERE.