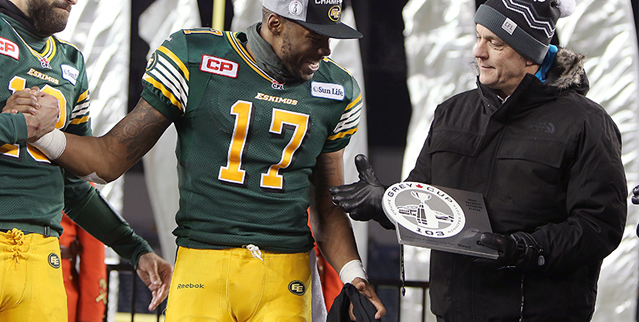 WINNIPEG – Edmonton Eskimos wide receiver Shamawd Chambers has been named Most Valuable Canadian after the Edmonton Eskimos beat the Ottawa REDBLACKS 26-20 in the 103rd Grey Cup presented by Shaw.

Chambers had two receptions for 49 yards in the victory, including a 32-yard grab in the second quarter that later led to a tochdown.

The fourth-year pro was drafted in the first round by the Eskimos in the 2012 Draft and has spent his entire career with Edmonton. He has battled injuries this year and played in the team’s final two games, totaling three catches for 13 yards.