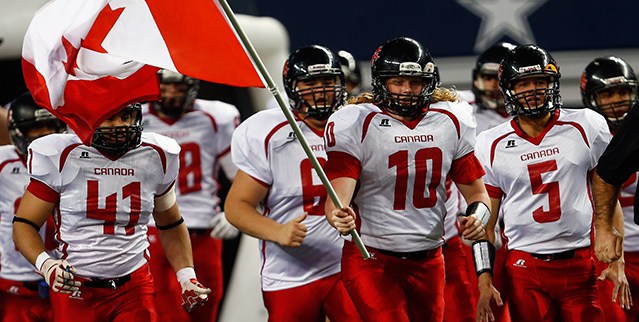 OTTAWA – Football Canada has announced it has been recognized by the Canadian Olympic Committee (COC) as the national sport organization governing the sport of football in Canada. The recognition was officially made on October 23 and Football Canada attended its first COC Session on November 21, where it was welcomed into the COC family.

Recognition by the COC will help Football Canada increase interest in the sport and provide additional opportunities for participation in grassroots flag, tackle and touch football as well as competition at the national and international levels.

“We look forward to working alongside the COC to grow football from playground to stadium,” said Football Canada executive director, Shannon Donovan. “Being recognized by the COC is an important step and serves as validation for the work that’s been done to enhance football around the world.”

Football Canada’s national teams are leaders on the world stage, competing in men’s and women’s flag and tackle football events organized by the sport’s governing body, the International Federation of American Football (IFAF), in which Canada has won four gold and six silver medals.

Provisionally recognized by the International Olympic Committee in 2013, IFAF was formed in 1998 and now includes over 70 countries spanning six continents, all of which possess national federations dedicated to football.

“What an exciting time for Football Canada to be recognized by the Canadian Olympic Committee. This gives us access to expertise to help grow our high performance program and is another huge step towards entry into future Pan-American and Olympic Games,” said Richard MacLean, President of Football Canada.

“We’re thrilled to have Football Canada join the Session and play a more prominent role in the wider sport community in Canada. The sport is growing fast in this country and elsewhere in the world. We hope to help accelerate its growth so that it gets the recognition it deserves,” added Tricia Smith, President of the Canadian Olympic Committee.

Football Canada’s U18 and U19 national teams will participate in the 2016 International Bowl series from January 31 – February 5 against USA Football at AT&T Stadium in Arlington, TX, home of the Dallas Cowboys.