Back in Blue: Ricky Ray signs extension with Argos 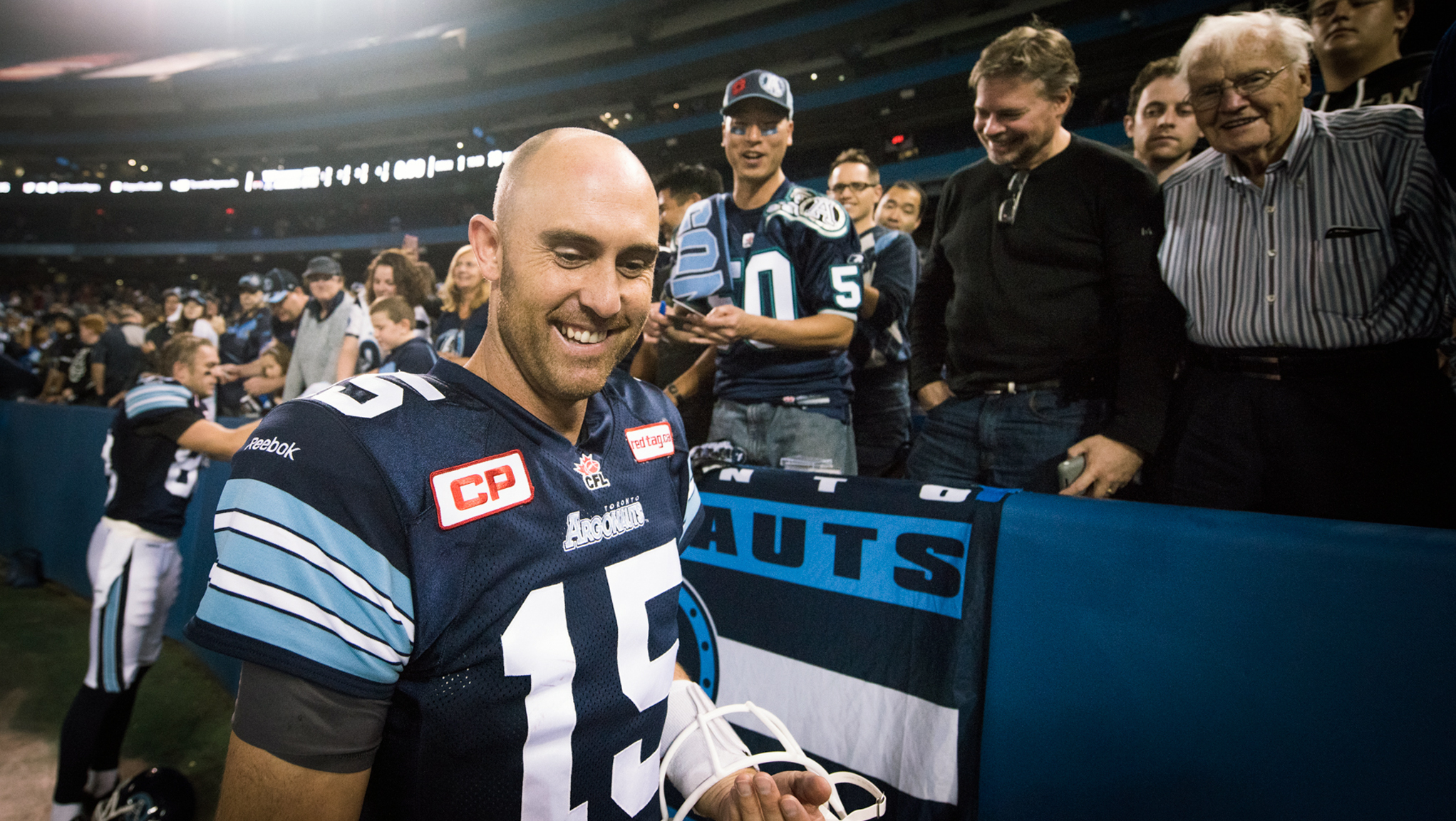 Back in Blue: Ricky Ray signs extension with Argos

The team announced Friday morning that the quarterback has been extended through the 2017 season.

“Ricky Ray worked very hard to return from shoulder surgery this past season. We watched his progress closely and remained patient, just like we said we would,” said Argos general manager Jim Barker. “When he was ready for game action he showed us that he still had the ability to play at a very high level and that he was still as driven and as competitive as ever. He will be 100% healthy by next season and, when fully healed, is obviously a hall of fame player. We are happy that he will continue his career here in Toronto.”

The deal locks up one of Toronto’s many free agents heading into the off-season and answers the question of who will be quarterback of the club moving forward. Both Ray and Trevor Harris were slated to become free agents.

Ray is one of the most decorated quarterbacks in Argos franchise history. In four seasons with the club he has won a Grey Cup (2012) and twice earned recognition as the East Division’s Most Outstanding Player, CFL All-Star and East Division All-Star (2013 & 2014).

“Ricky Ray possesses a strong work ethic, great aptitude for the game and excellent ability as a quarterback,” said head coach Scott Milanovich. “He is also a man of high character and I’m glad he’ll remain in Toronto for years to come.”

“I am excited to remain with the Double Blue,” said Ricky Ray. “I believe it is a great time to be an Argo with the incoming ownership group, the move to BMO Field and the upcoming Grey Cup in Toronto. I really enjoy playing in Toronto and I look forward to playing with my teammates and coaches in this new era for the Argonauts.”