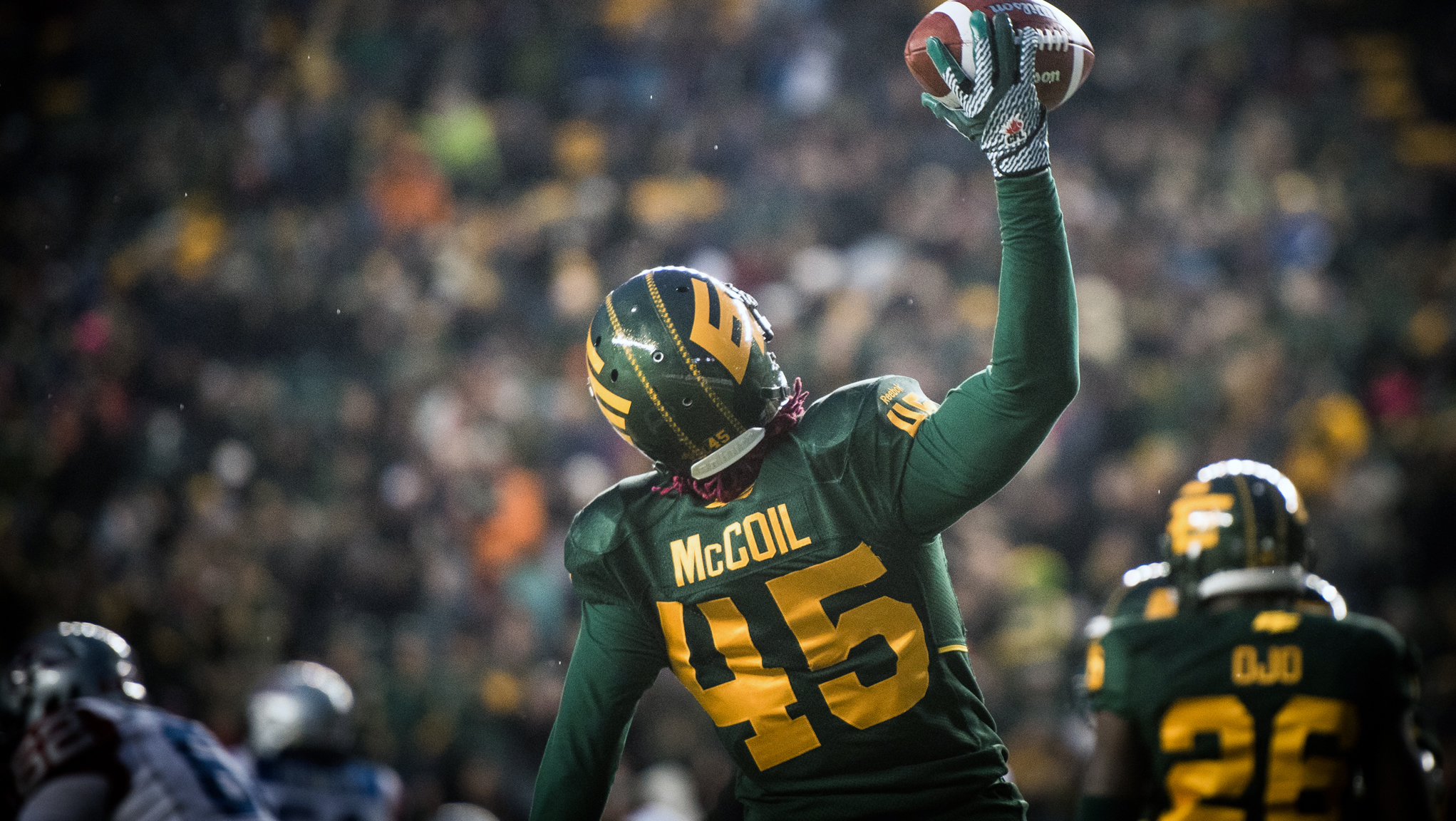 EDMONTON — The Edmonton Eskimos announced in a statement on Saturday that they’re reached a settlement of all outstanding matters with Dexter McCoil, the CFL and the CFLPA.

Effective immediately and until May 1, 2016, McCoil is free to attempt to sign with an NFL team. Should McCoil be unsuccessful in securing an NFL standard player contract for the 2016 season, he has entered into an agreement to play for the Eskimos for the 2016 and 2017 CFL seasons.

The club would not provide further comment on the matter at this time.

McCoil, the 2014 Most Outstanding Rookie, enjoyed another strong season in Green and Gold in his second year in the CFL, recording 76 defensive tackles, two sacks, three interceptions and a fumble recovery. The 24-year-old helped lead the CFL’s number one defence, ultimately leading to a 14-4 first-place finish atop the West Division and an eventual Grey Cup Championship.

The Eskimos topped the REDBLACKS last week in the 103rd Grey Cup Championship presented by Shaw, in which McCoil had three tackles and a sack against quarterback Henry Burris.