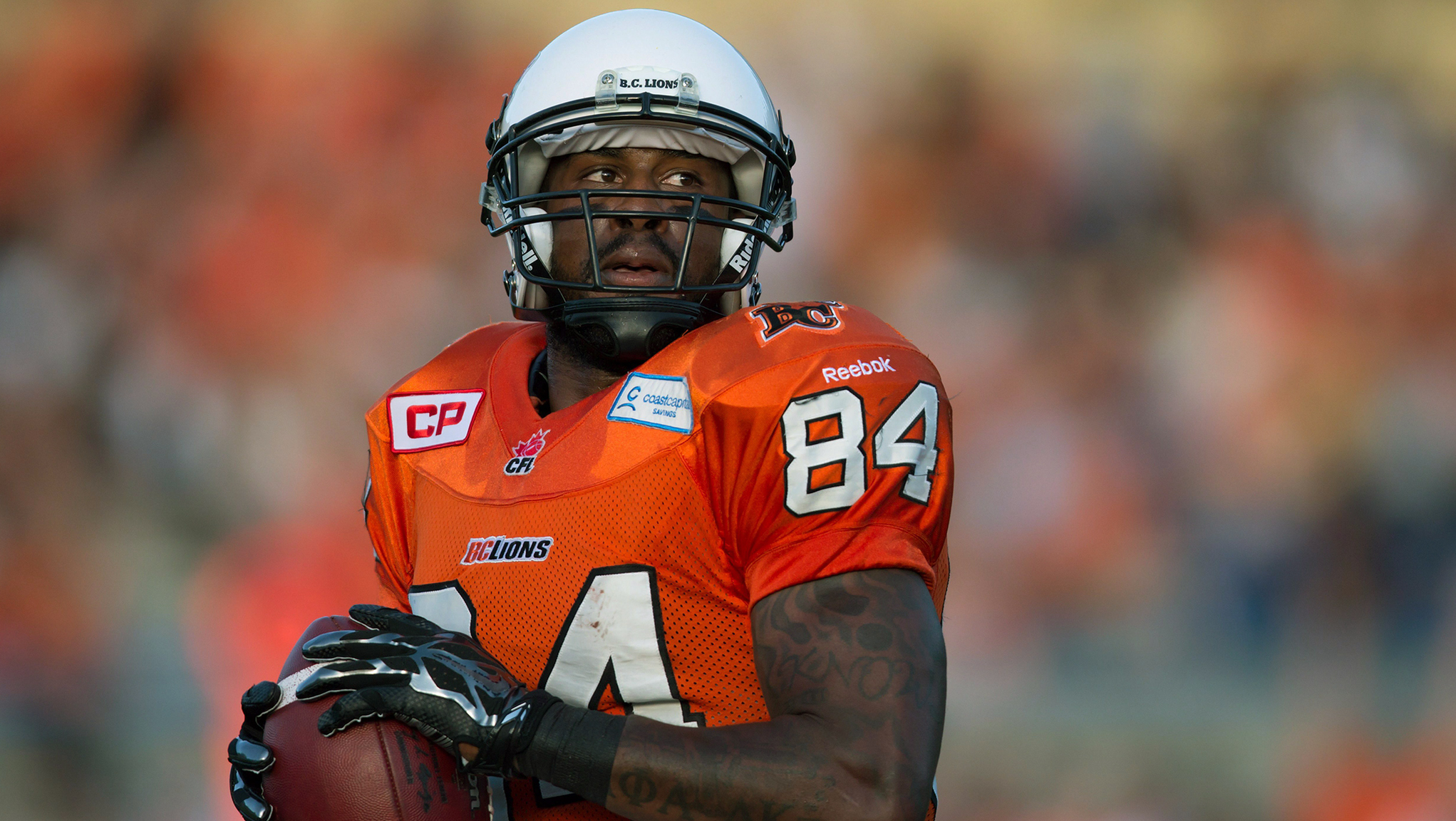 VANCOUVER — The ‘Manny Show’ is staying on the air in Vancouver.

The BC Lions announced Thursday that wide receiver Emmanuel Arceneaux has agreed to terms on a contract with the team through the 2017 season. Arceneaux was set to become a free agent in February.

“Manny is an important part of our offence and leader in our dressing room,” said GM and head coach Wally Buono. “This is a critical signing for the club heading into next season and I know our fans will be very happy to see him remain with the Lions.”

STAY ON TOP OF EVERY SIGNING WITH THE CFL.CAFREE AGENT TRACKER

“There was only one place I wanted to play and that’s in BC for Wally and Lions fans,” said Arceneaux from his offseason home in Louisiana. “We’re going to be back in a big way in 2016 and I can’t wait to get started.”

Arceneaux sits just 87 yards from 5,000 on his career and has piled-up 2,056 receiving yards over the past two seasons, a total only surpassed by Calgary’s Eric Rogers.

Wally B on what @arceneaux84 brings to the table. Spoiler alert: a whole heck of a lot… #BCLions pic.twitter.com/bQAiNzaELn