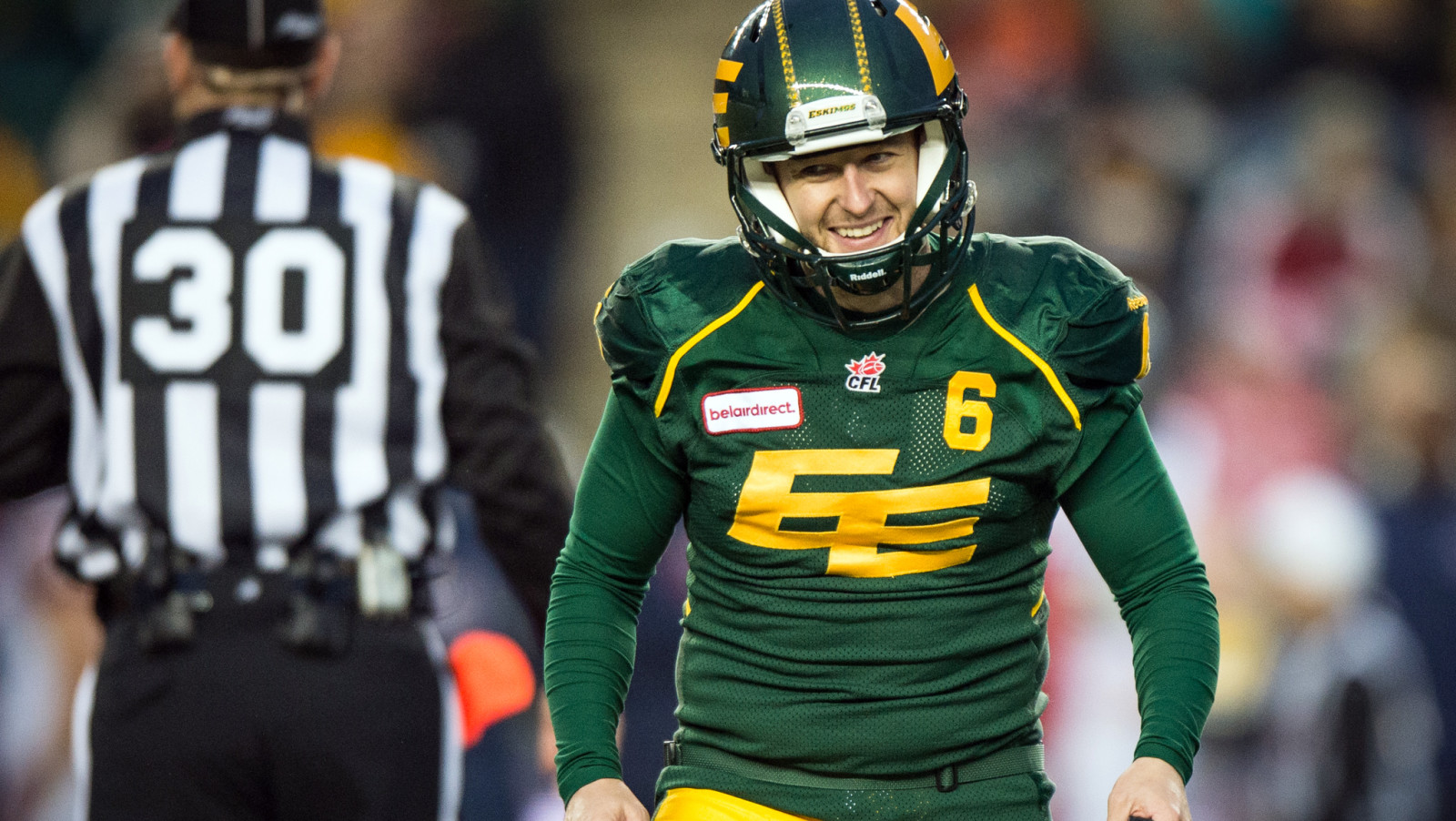 EDMONTON — The Edmonton Eskimos have extended the contact of pending free agent kicker Sean Whyte, keeping him in Green and Gold through the 2016 season.

En route to becoming a Grey Cup champion, Whyte made 24-of-26 field goal attempts – including hitting the game winner on the final play in Week 15 against Winnipeg. He also made 14-of-14 converts, while punting 59 times for 2,401 yards and three singles in eight games.

For his efforts, he was named the Eskimos 2015 Most Outstanding Canadian.

Whyte entered the league in 2007 with the BC Lions. In 2011, he was traded to the Montreal Alouettes where he would spent five years. In his first season with Montreal, he was awarded the Lew Hayman Trophy as the East Division’s Most Outstanding Canadian. He was also named the Alouettes Most Outstanding Special Teams Player. Two years later, he earned East All-Star honours.