MONTREAL — The Montreal Alouettes have secured an important piece on their O-line for the next three years, announcing on Monday a contract extension for Kristian Matte.

A 6-foot-4, 296-pound Montreal native, Matte was the starting left guard for the team’s first 17 games in 2015 and started the season finale under centre, replacing injured Luc Brodeur-Jourdain. The 30-year-old helped the team’s offensive line allow a league-low 33 quarterback sacks despite the offence having to use seven different quarterbacks.

He also helped create holes which allowed running back Tyrell Sutton lead the CFL with 1,059 rushing yards. He did not miss a start the previous two seasons.

“Kristian has developed into the player we projected he would when we drafted him in 2010,” said Alouettes General Manager and Head Coach Jim Popp. “He is a solid, versatile contributor on the field and a relentless promoter of Alouettes football in his home town. We have become a better organization by retaining Kristian for the next 3 years.” 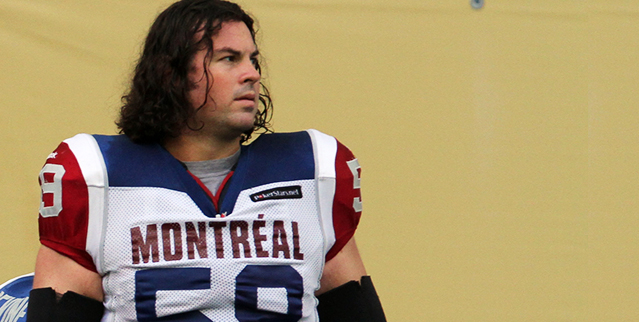 Matte was drafted in the first round (seventh overall) by the Alouettes in the 2010 CFL Canadian Draft following a brilliant university career with the Concordia Stingers, which had earned him a contract with the Houston Texans. He then joined the Alouettes and helped them win the Grey Cup during his first season in 2010. He previously played for the Vanier Cegep Cheetahs.

With their left guard now under contract for the next three years, the Als have just one starter from 2015 without a contract — perennial All-Star Josh Bourke. The 33-year-old has locked down the left tackle position on Montreal’s O-line since 2007, but is due to become a free agent on Feb. 9. 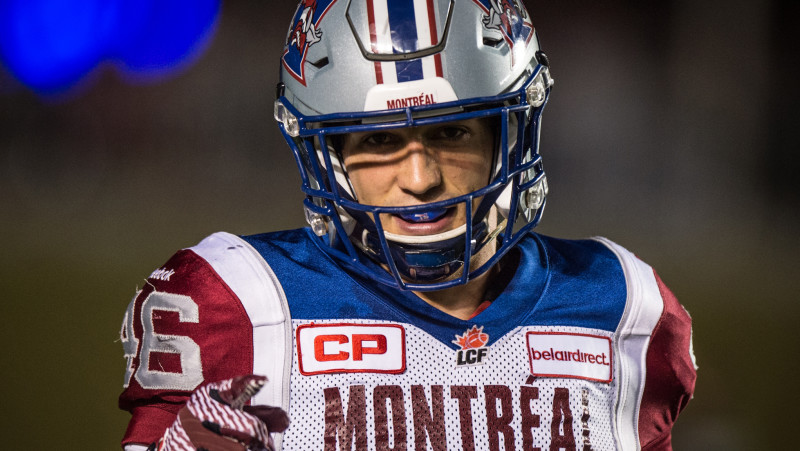 The Montreal Alouettes announced on Wednesday that national fullback Jean-Christophe Beaulieu signed a new three-year deal with the club.

The 6-foot-3, 220-pound Trois-Rivières, Que. native was the Alouettes’ starting fullback for all 18 games last season, gaining 65 yards and scoring a touchdown on five catches.  Beaulieu supported the offensive line all season long, helping that unit allow a league-low 33 sacks on the season, while helping running back Tyrell Sutton lead the CFL with 1,059 rushing yards.

“Jean-Christophe has intrigued us from the day we started scouting him at Sherbrooke. He has continued to grow into his role as a fullback in our offence and put forward relentless effort on special teams,” declared Alouettes General Manager and Head Coach Jim Popp.

“We look to get him more involved in the offence in 2016, so that we can take advantage of his deceptive speed and running ability.”

The Université de Sherbrooke Vert et Or product joined the Alouettes in 2014, following the 2014 CFL Canadian Draft where he was selected in the sixth round (49th overall). He also contributed on special teams where he blocked a punt in his rookie season and has cumulated five tackles in two seasons.