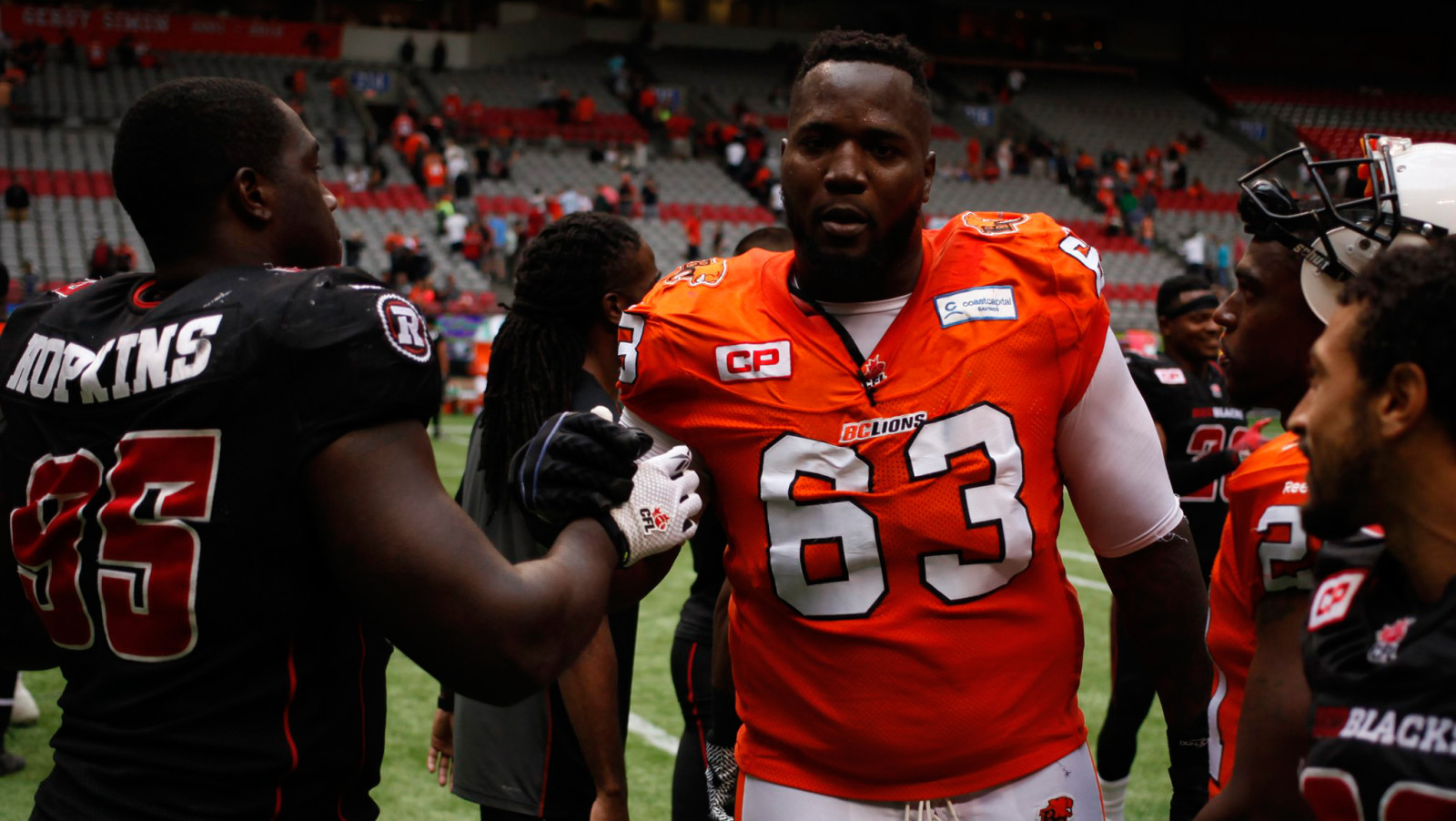 VANCOUVER — The BC Lions made a big move to fortify their O-line on Thursday, announcing a three-year contract extension for left tackle Jovan Olafioye.

The 28-year-old Detroit native is a three-time West Division nominee for Most Outstanding Lineman and a five-time CFL All-Star. After asserting himself as one of the league’s most dominant offensive linemen, Olafioye was due to become a free agent on Feb. 9.

“This is obviously an absolutely critical signing for the club,” said GM and Head Coach Wally Buono. “Jovan has been one of our league’s best offensive linemen since coming to the CFL in 2010. He’s durable, dependable and dominant and he plays a significant role in the success of our offence.”

Olafioye comes off another impressive campaign, appearing in all 18 regular season games for a sixth-consecutive season to give him 108 career starts as a Lion. With six West Division All-Star selections and five All-Canadian nods including last season, Jovan’s consistent play from the right tackle position has made him one of the most decorated offensive linemen in club history.

“This is a great day for me and my family,” said Olafioye. “I know our team is capable of great things and being a part of the BC Lions is exactly where I want to be in years to come.”

A graduate of North Carolina Central, the 6-foot-6, 325-pound tackle anchored the right side of a Lions O-line that last season allowed only 34 sacks, one off the league lead.