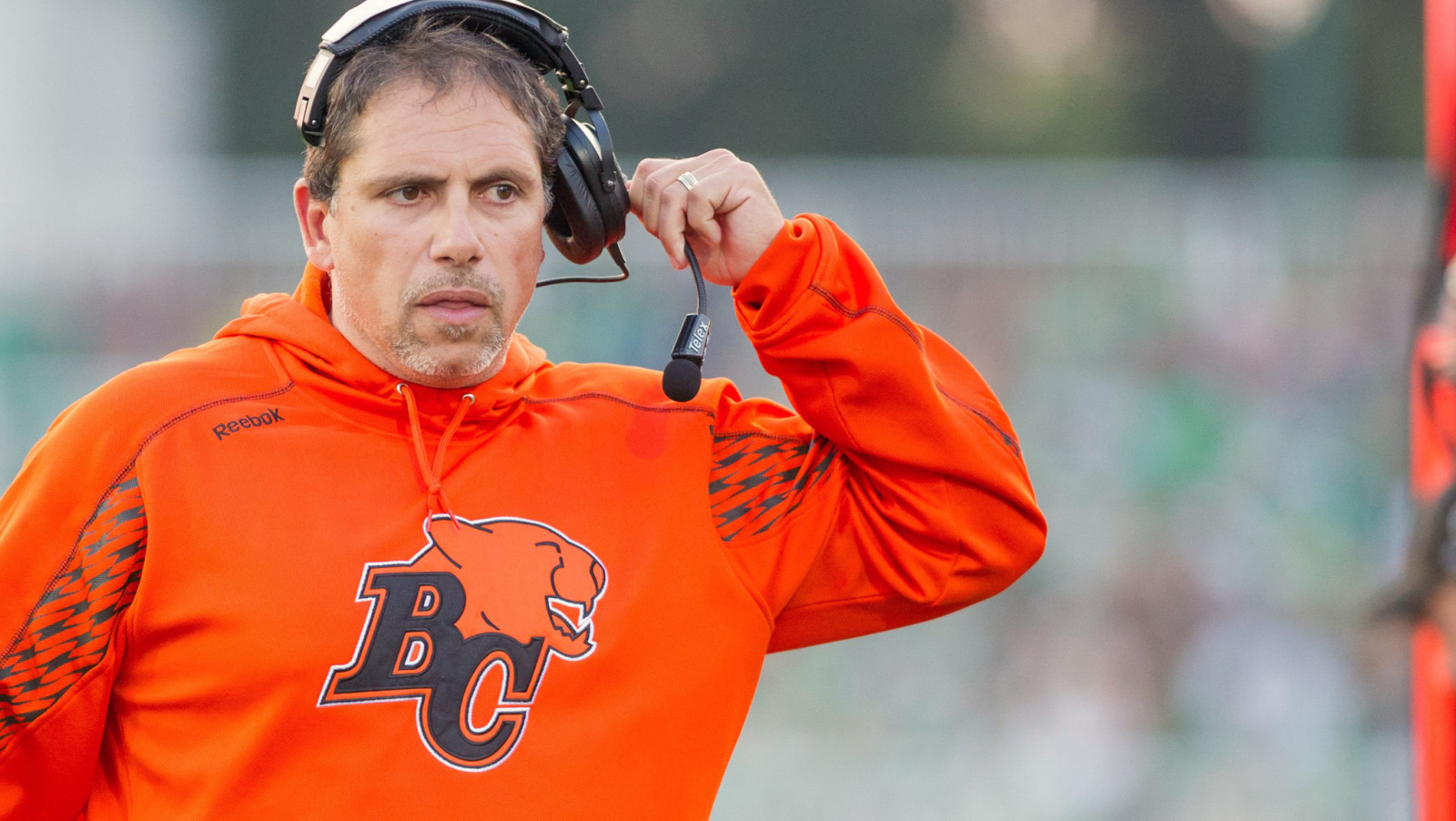 There was a part of Mike Benevides that believed he might actually derive some enjoyment watching the BC Lions struggle last season.

After all, Benevides was deemed the problem when the Lions fired him at the end of the 2014 season, after BC went 9-9, and replaced him with Jeff Tedford.

The Lions responded by finishing 7-11 last year and only made the playoffs because Winnipeg, Montreal and Saskatchewan were worse. Tedford is gone and General Manager Wally Buono will return to coaching this CFL season.

Benevides, who was hired Thursday as an assistant coach and defensive co-ordinator with the defending Grey Cup champion Edmonton Eskimos, spent last year working as an analyst for TSN. It would have been easy for him watch the Lions’ tailspin with some smug satisfaction and think ‘see, it wasn’t all my fault’.

“To be honest, I thought that’s what the natural human being feeling would be,” Benevides said during a telephone conference call. “There was so much time I put into the program and the organization, that it actually bothered me.

“I cared so much for everybody there that I still knew, it was hard to watch. I took zero pleasure in that. It was troublesome to be honest with you.”

That explains a lot about Benevides’ character. He’s dedicated and passionate. Being fired by the Lions — after 11 years with the organization, the last three as head coach — was a blow to his pride.

Now in his new job, Benevides knows has something to prove this year in Edmonton.

“Absolutely,” he said. “Anybody that tells you otherwise is lying to you and is full of B.S.

“I think in this world of football and pro sports you have something to prove all the time. Every time you step on the field, every time you do something, you want to be the greatest at what you do.”

Spending the year as an analyst allowed Benevides to stay involved in the game without the day-to-day stress of trying to win football games. He could study trends and the evolution of the game without having to find ways to win the next week. 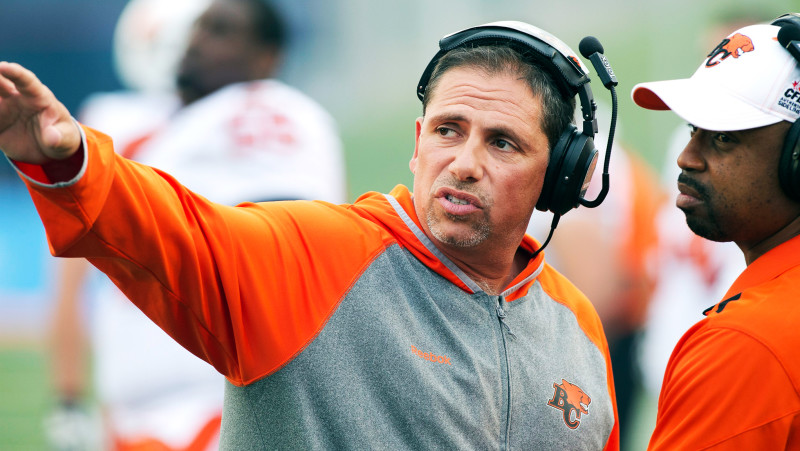 “Every time you step on the field, every time you do something, you want to be the greatest at what you do.”
– Mike Benevides

“It did help me in a lot of different ways. You’re not micro-managing. You try and see the bigger picture. There is no doubt you are able to see things and evaluate things. I really benefited from just being able to see how people are going about their business.”

While sorting out some of the mistakes he might have made, Benevides also got a better understanding of what he did right as a coach.

“The biggest thing is, every moment of every preparation cannot be overlooked,” he said. “The other thing is . . . you’ve got to make sure you surround yourself with the right people and make sure the fit is always correct.

“It re-iterated what I truly believe in (and) what has been successful for me.”

There’s no doubt the Eskimo defence was very good last year under Chris Jones, who has now moved onto Saskatchewan. Edmonton gave up the fewest points of any team (341), was the best against the pass (an average 245.2 yards a game) and finished first or second in 14 of 20 of the league’s defensive categories.

Benevides doesn’t expect to make a lot of personnel changes, but thinks there can be some tweaking on schemes.

“I thought Chris did an outstanding job with the players, what they were comfortable with,” he said. “I think there is going to be a lot of the same and a lot of different.

“I truly believe in letting the players be successful at what they are comfortable at, at what they are good at, and playing to their strengths. I’ve always been one to find a way to attack the situation, to make sure we keep people out of the end zone.”

During his days as an assistant coach in Calgary and BC, Benevides spent much of his career on the defensive side.

“There have been a lot of years when we led in sacks, where we have been very good against the pass and keeping points down,” he said.

Another thing Benevides brings to the Eskimos is a sounding board and source of advice for Head Coach Jason Maas. The former Eskimo quarterback has experience as a player and assistant coach, but can rely on Benevides’ head-coaching experience.

“He has a great plan. He knows exactly what his program needs to be. If he needs something from me, I will be there.”

There are some similarities between the situation Benevides finds himself in now and back in 2012 when he was hired as the Lions head coach. Both times he moved into a new position with a Grey Cup champion. Now, like then, there are expectations on him.

At lot has changed for Benevides since then, but one thing has stayed the same.