TORONTO – The Toronto Argonauts have officially released their 2016 season ticket pricing and stadium seat map for the club’s inaugural season at BMO Field. The Argos also announced that the public sale for season tickets will commence on Tuesday, March 1 at 10:00 am ET.

Starting this Thursday, Feb. 4, current season ticket holders and scores of new fans who have already placed deposits will be able to reserve their preferred seats at BMO Field. Argos fans will be able to select from a wide assortment of affordable in-bowl seating options, including the new Family Zone and Double Blue Fan Zone, as well as a variety of premium seating clubs and lounges.

“From pre-game to the final whistle, our objective is to offer an incredible fan experience at BMO Field, and to do that, it is important to have a number of seating options and affordable seats for every fan in Toronto,” said Michael Copeland, President and CEO, Toronto Argonauts Football Club. “This is why I’m particularly excited about our new Family Zone where parents will be able to bring their young kids to enjoy a game, and our Double Blue Fan Zone where our most rabid fans will be encouraged to create a loud and intimidating home field advantage for our team.”

Season ticket pricing and stadium seat map has been announced as follows: 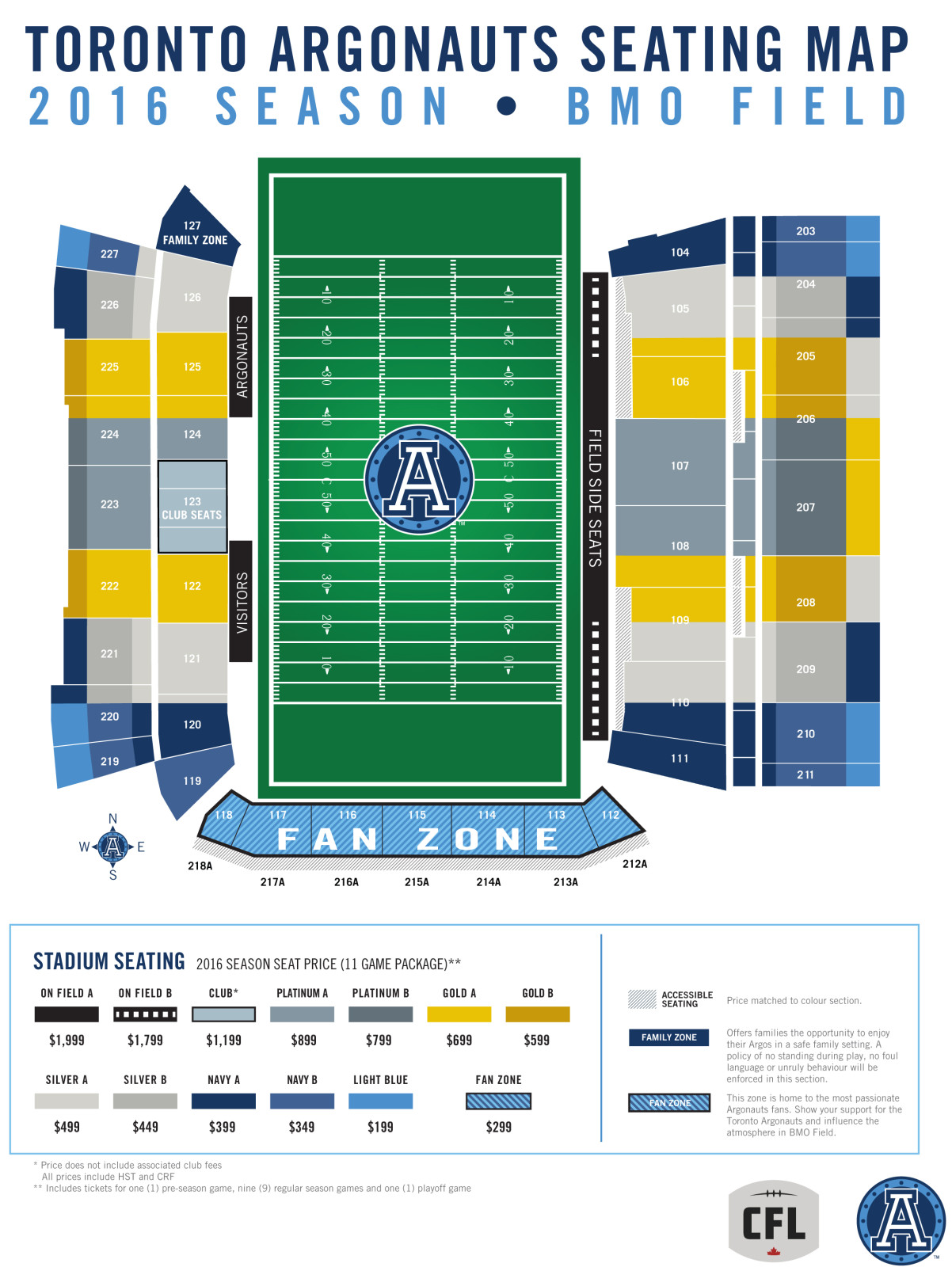 “Becoming an Argos season ticket holder is still the only sure way to be a part of the biggest game of the year,” added Copeland.