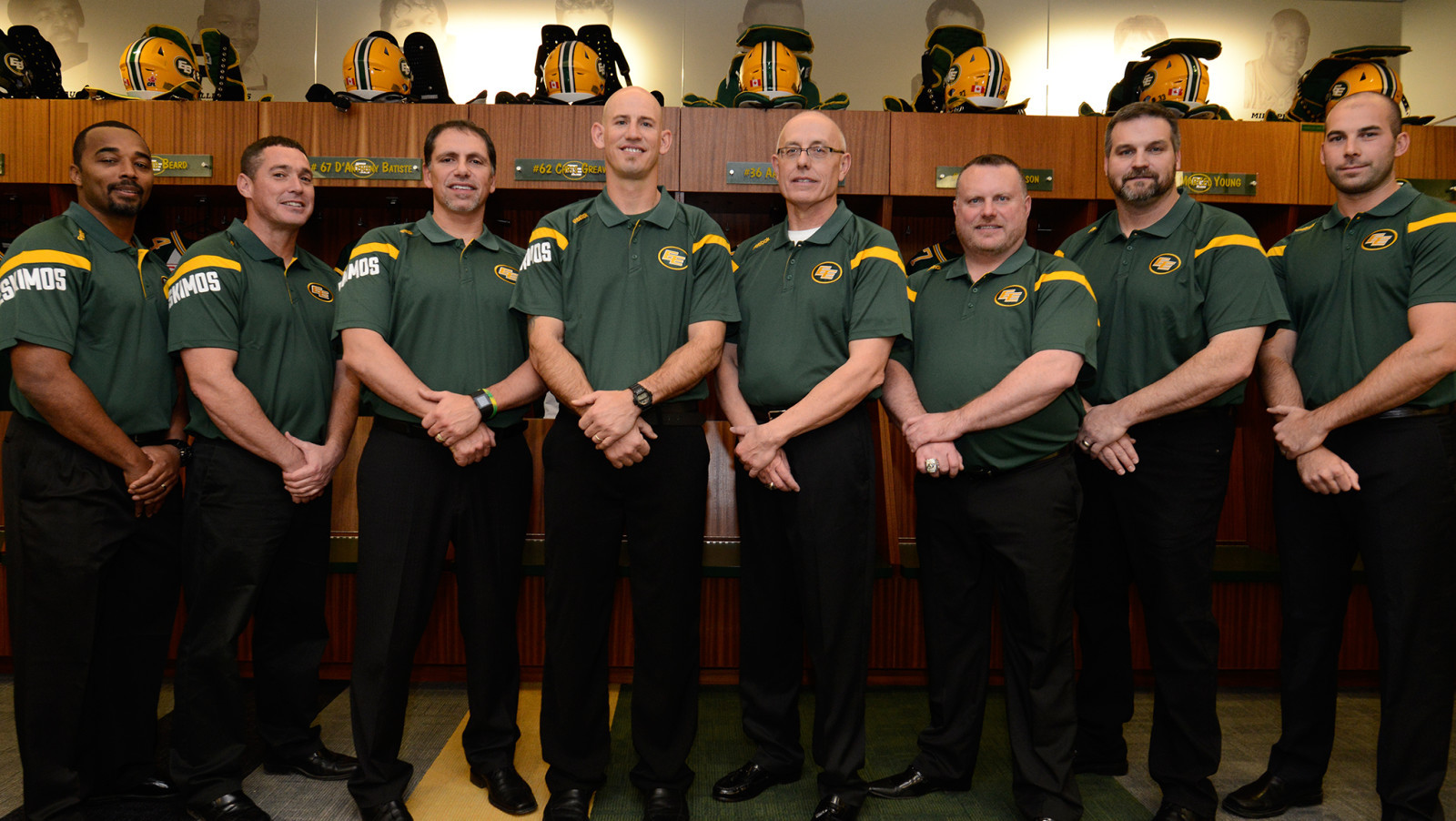 EDMONTON – Eskimos head coach Jason Maas confirmed his coaching staff for 2016 on Monday morning, announcing additions to a unit that already includes the likes of Mike Benevides and Mike Gibson.

Announced in January as DC and AC, Benevides brings 15 years of CFL coaching experience to the Green and Gold. A three-time Grey Cup champion, his experience includes five seasons as the BC Lions’ special teams coordinator and linebackers coach before his promotion to defensive coordinator in 2008. Following the team’s 2011 Grey Cup championship, he was named head coach. Prior to the Lions, he served as special teams coordinator and linebackers coach for the Calgary Stampeders.

In addition to over a decade of CFL coaching experience, Gibson, whose hiring was also announced in January, brings over two decades of NCAA experience at the Div. I level. In 2014, he served as the offensive coordinator and offensive line coach for the Ottawa RedBlacks. His coaching resume also includes the Calgary Stampeders, the Hamilton Tiger-Cats, the Saskatchewan Roughriders — where he was a member of the 2007 Grey Cup champion coaching staff — and the Winnipeg Blue Bombers. Most recently, he served as head coach for the University of Regina Rams.

McDiarmid brings 12 years of CFL coaching experience, including four Grey Cup appearances with two wins (2000, 2013).  He spent last season with the Saskatchewan Roughriders as assistant special teams coordinator. McDiarmid also worked in various capacities with the Winnipeg Blue Bombers, Montreal Alouettes, Calgary Stampeders, Toronto Argonauts and BC Lions. In addition to his CFL experience, he was assistant head coach and defensive coordinator at the University of Ottawa.

The former starting centre returns to the Edmonton Eskimos after spending the last three seasons as the offensive line coach for the University of Alberta Golden Bears. His coaching experience includes seven seasons with Golden Bears Football and three with the Eskimos. Prior to joining the coaching ranks, the native of Edmonton played eight seasons in the CFL, including five with Edmonton and three with the Hamilton Tiger-Cats. He was a member of two Grey Cup champion teams in four appearances.

Miles enters his seventh season as a CFL coach. Last season, he served as the Winnipeg Blue Bombers’ defensive backs coach. He spent the previous three seasons in the same position with the Saskatchewan Roughriders.  Miles entered the CFL coaching ranks in 2010 as a defensive assistant in BC.  A 12-year veteran defensive back, Miles spent seven seasons with the Montreal Alouettes and five the BC Lions. A four-time Grey Cup champion, Miles won twice as a player in 2002 with Montreal and in 2006 with BC. As coach, he won in 2011 with BC and in 2013 with Saskatchewan.