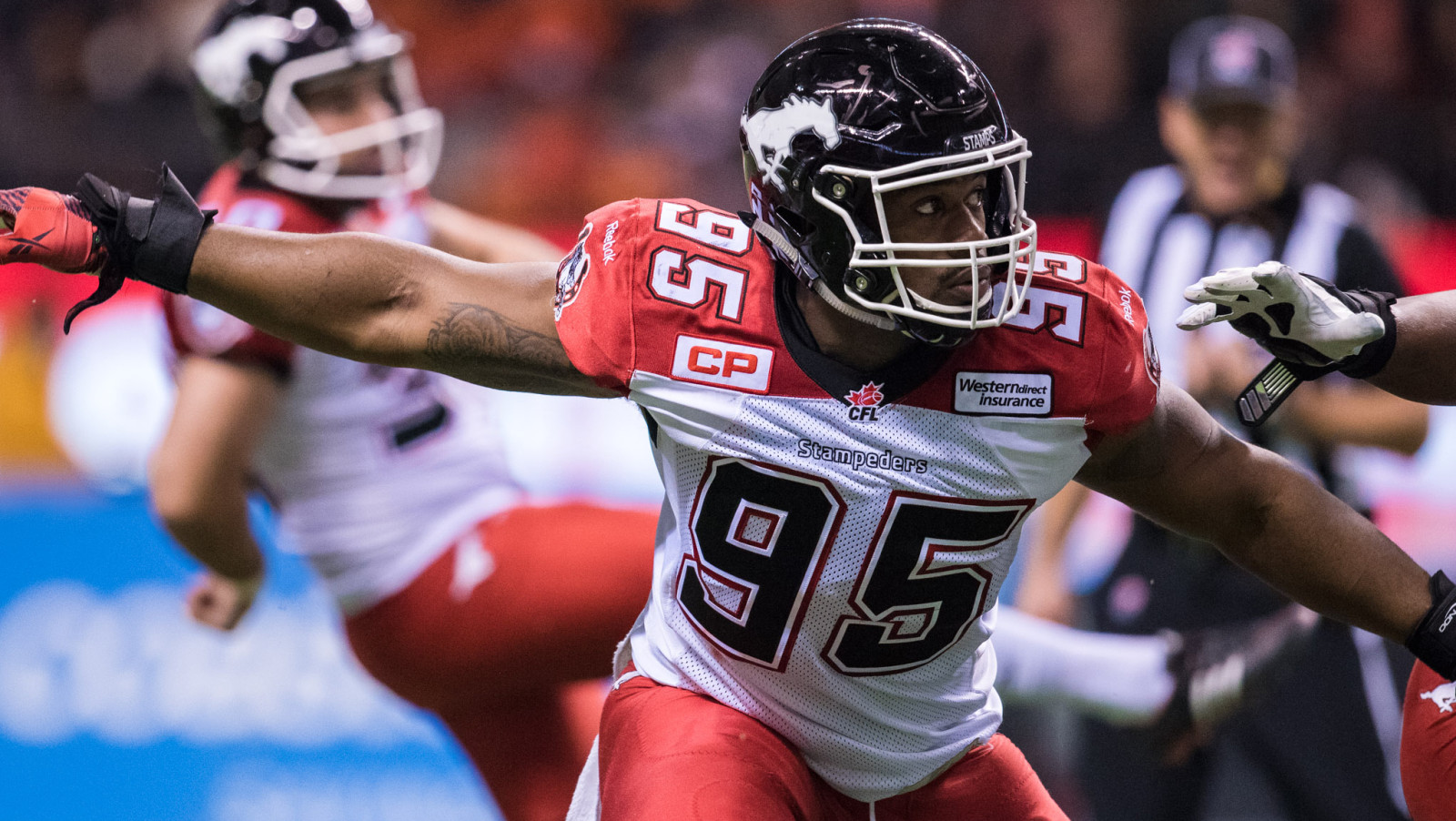 CALGARY — The Calgary Stampeders announced Friday they’ve released defensive end Freddie Bishop III, who the team confirmed has agreed to a deal with an NFL team.

“Freddie has an agreement in place with an NFL club and we are granting him his release now in order to allow him to sign a contract with his new team,” said Hufnagel. “We wish him the best of luck and thank him for his contributions to the Stampeders.”

Bishop III, 25, is coming off a breakout season in just his second year in the CFL, recording 11 sacks in 16 games to go with 44 tackles and a forced fumble. The Western Michigan graduate was due to become a free agent on Feb. 9 and is the 17th-ranked free agent on CFL.ca’s Top 30 list.

ESPN’s Adam Schefter reports the contract is a two-year deal with the NFL’s New York Jets.

A native of Inkster, Mich., Bishop III joined the Stampeders in 2014, playing in nine games and recording three sacks. The 6-foot-3, 255-pound rush end suited to play linebacker in the NFL has 14 career sacks in 25 games and was a Grey Cup Champion in 2014.

Bishop III’s departure continues what’s been an off-season of change in Cow Town in the wake of a 14-4 season that ended with a loss to the eventual Grey Cup Champion Edmonton Eskimos. John Hufnagel, the team’s GM, is no longer the head coach after stepping down in favour of Dave Dickenson. Meanwhile the team has lost league-leading receiver Eric Rogers also to the NFL and star running back Jon Cornish to retirement.

“I would like to thank the entire Calgary Stampeders organization, especially Coach Huff for giving me the opportunity to play for such a great organization, ” said Bishop III. “I also want to thank Coach Stubes (Rich Stubler) and Coach (DeVone) Claybrooks for helping me and allowing me to grow as a player and as a person. 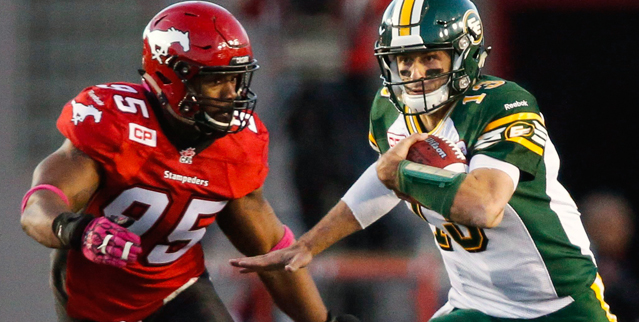 Freddie Bishop III
By the Numbers

“I want to thank my teammates for all the good times that we’ve shared and all the memories that will never be forgotten. I also want to thank the media and of course, the fans for their never-ending support.”