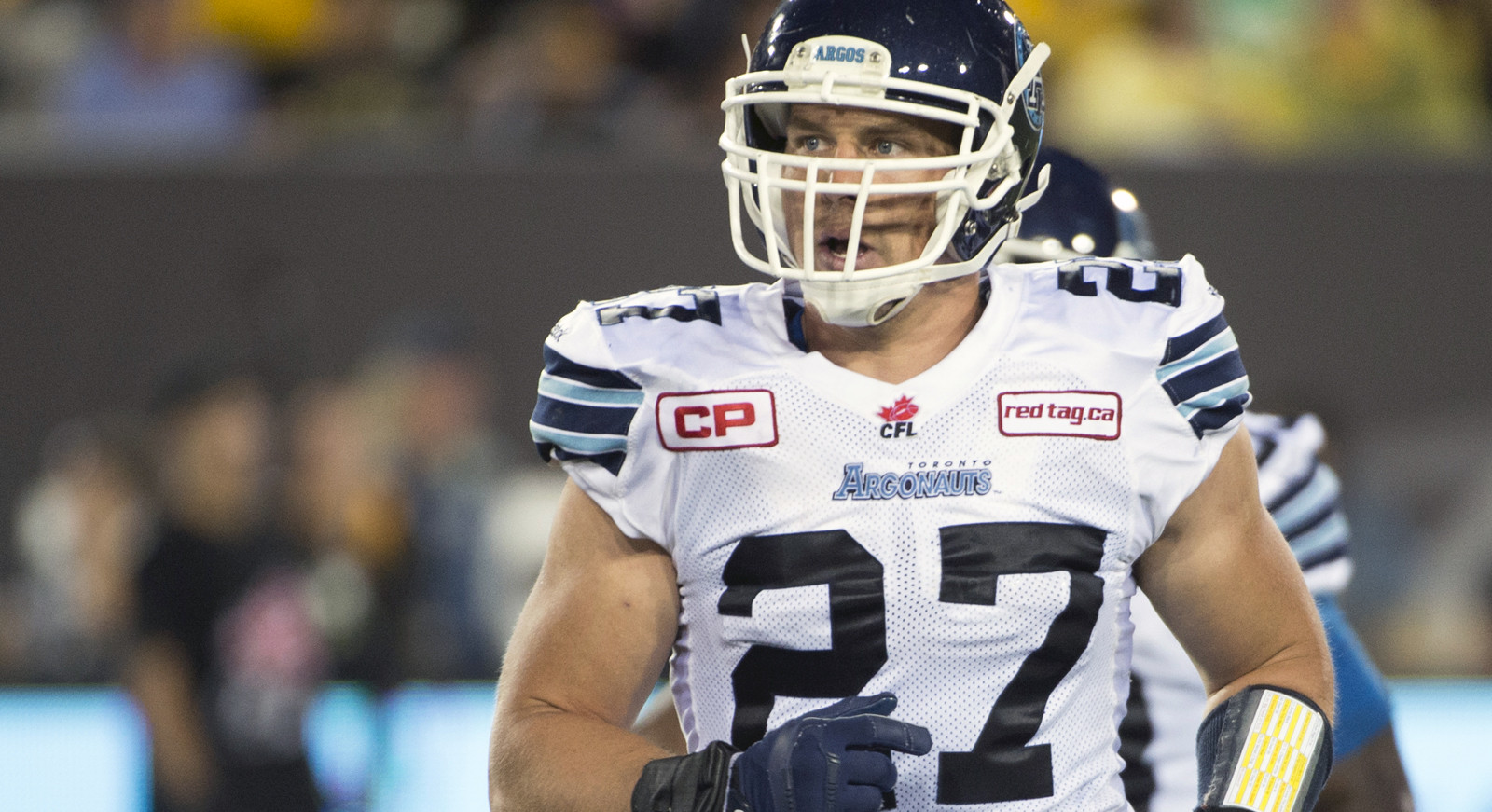 TORONTO — The Toronto Argonauts have locked up another key part of their national nucleus, agreeing to a two-year contract extension with veteran linebacker Corey Greenwood.

The 30-year-old joined the Argos in 2014 after a five-year NFL career with the Kansas City Chiefs and Detroit Lions, playing 10 games with the Boatmen in two seasons and registering 36 tackles, one sack and one forced fumble. While injuries kept him out of 10 games in 2015, Greenwood, a Kingston, Ont. native, is a key part of the Argos’ defence.

“Cory has been productive for us,” said Argos GM Jim Barker. “He had some injury issues last season and we believe those are behind him. He’s not only productive on defence but also on special teams.”

While he only arrived in Toronto in 2014, Greenwood was initially drafted by the Argos with the third overall pick in the 2010 CFL Draft. He made his way to Toronto near the end of 2014 before his first full CFL off-season heading into last season.

Last year the 6-foot-2, 237-pound linebacker helped the Argos return to the playoffs after missing out in 2014, while in the Eastern Semi-Final against Hamilton Greenwood returned from injury to make nine tackles in an eventual loss to the Ticats.

The signing comes days after the Argos also announced contract extensions for Wayne Smith and another key cog on their defence, Jermaine Gabriel. Trevor Harris, Cleyon Laing and Tristan Okpalaugo are among a number of Argos still without a contract beyond Feb. 9, the day free agency officially kicks off.