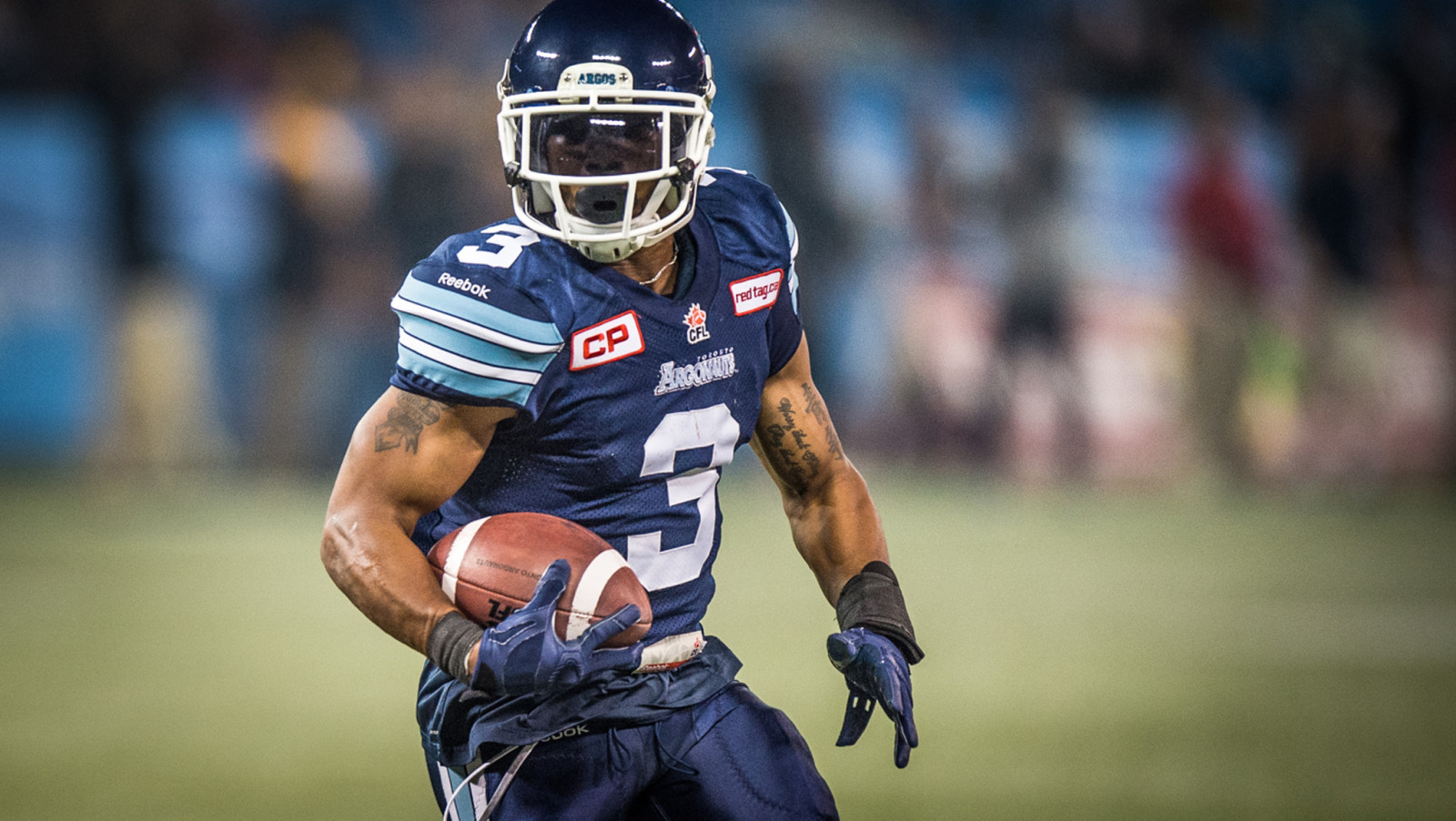 TORONTO — After focusing on bolstering their offensive line most of the afternoon, the Argonauts secured their tailback on the first day of free agency.  Brandon Whitaker put pen to paper on a new deal with Toronto after a solid 2015 campaign with the club.

Whitaker signed with the Argonauts as training camp closed last season after being released by the Montreal Alouettes.  In 15 games last season, Whitaker ran the ball 121 times for 636 yards and 3 touchdowns.  He also added 440 yards and 3 majors out of the backfield.

Whitaker joined the Als in 2009 and has accumulated 4,009 career rushing yards and 3,000 receiving yards.