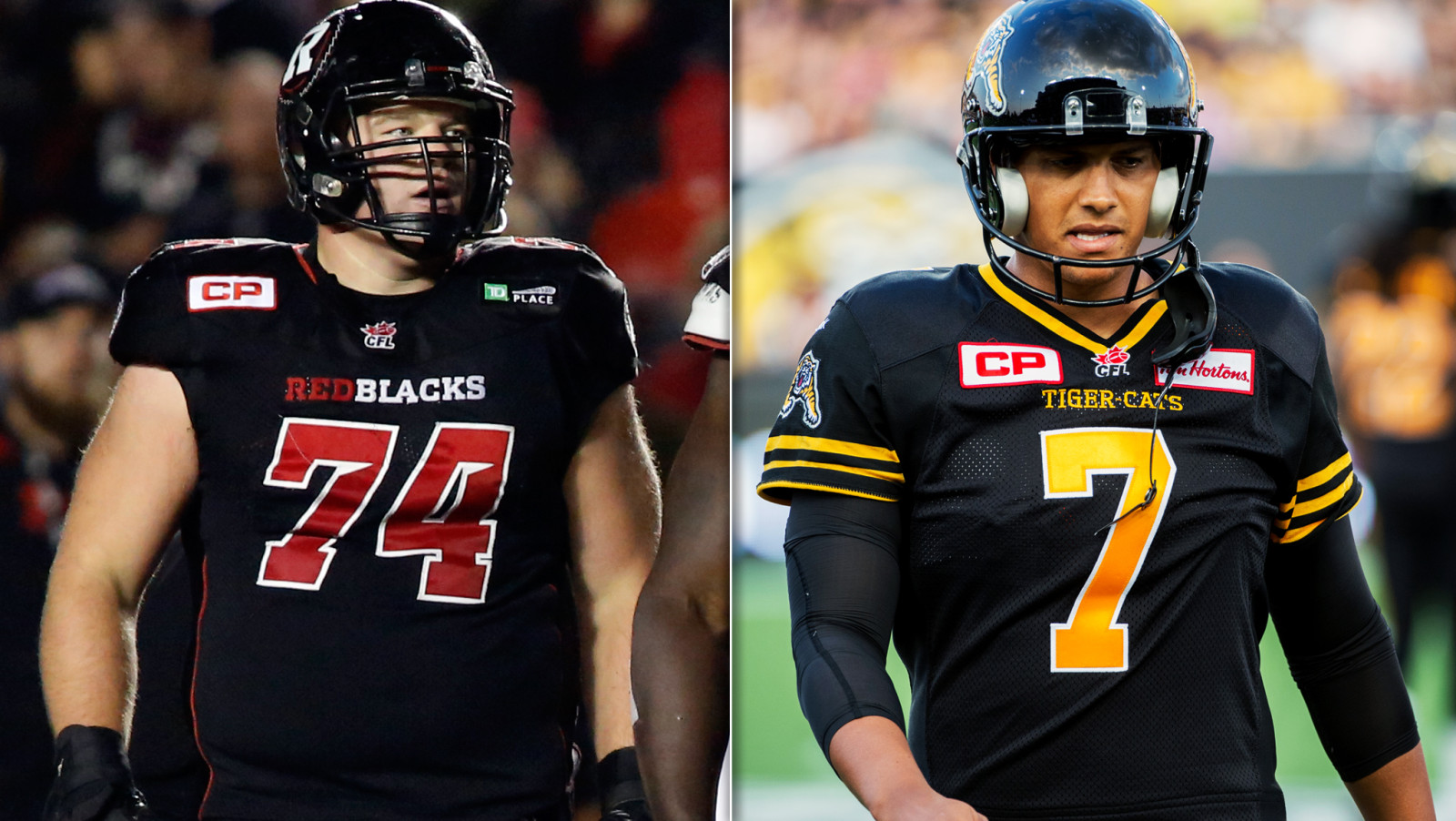 Medlock and his powerful leg connected on a CFL-best 42 of 47 field goal attempts in 2015 for a success rate of 89 per cent, despite often kicking in difficult conditions at windy Tim Hortons Field.

While the 32-year-old Santa Clara, Calif. native also takes on punting duties, he’s most known for his strong and reliable leg. Medlock played a key role in sending the Ticats to a Grey Cup appearance in 2014, then as far as the Eastern Final in 2015 thanks to a game-winning playoff field goal against the Argos from 47 yards out.

Medlock’s five-year CFL career started with the Argos in 2009 before he signed with the Ticats in 2011 with a brief NFL stint in between. After spending 2012 and 2013 south of the border, he re-joined Hamilton in 2014 and made 44 of 50 field goal attempts for an 88 per cent success rate.

Over his career, Medlock has hit 182 of 208 field goal tries for a clip of 87.5, which is about what you can expect every season from a kicker who’s as automatic as it gets.

On top of the upgrade at kicker, the Bombers have added some key national talent to the defensive side of the ball. Shologan was the wily veteran on a REDBLACKS defensive line that led the CFL in sacks, eventually helping the team bounce back from a two-win season in 2014 to win the East Division and play in the Grey Cup in 2015.

The 30-year-old defensive tackle had a career-high seven sacks, teaming up with Justin Capicciotti and Shawn Lemon on one of the league’s most dynamic pass rushing units.

An Edmonton native, Shologan spent the first six seasons of his career with the Saskatchewan Roughriders before joining the expansion REDBLACKS in 2015. He has 23 career sacks and 182 tackles over the span of his career.