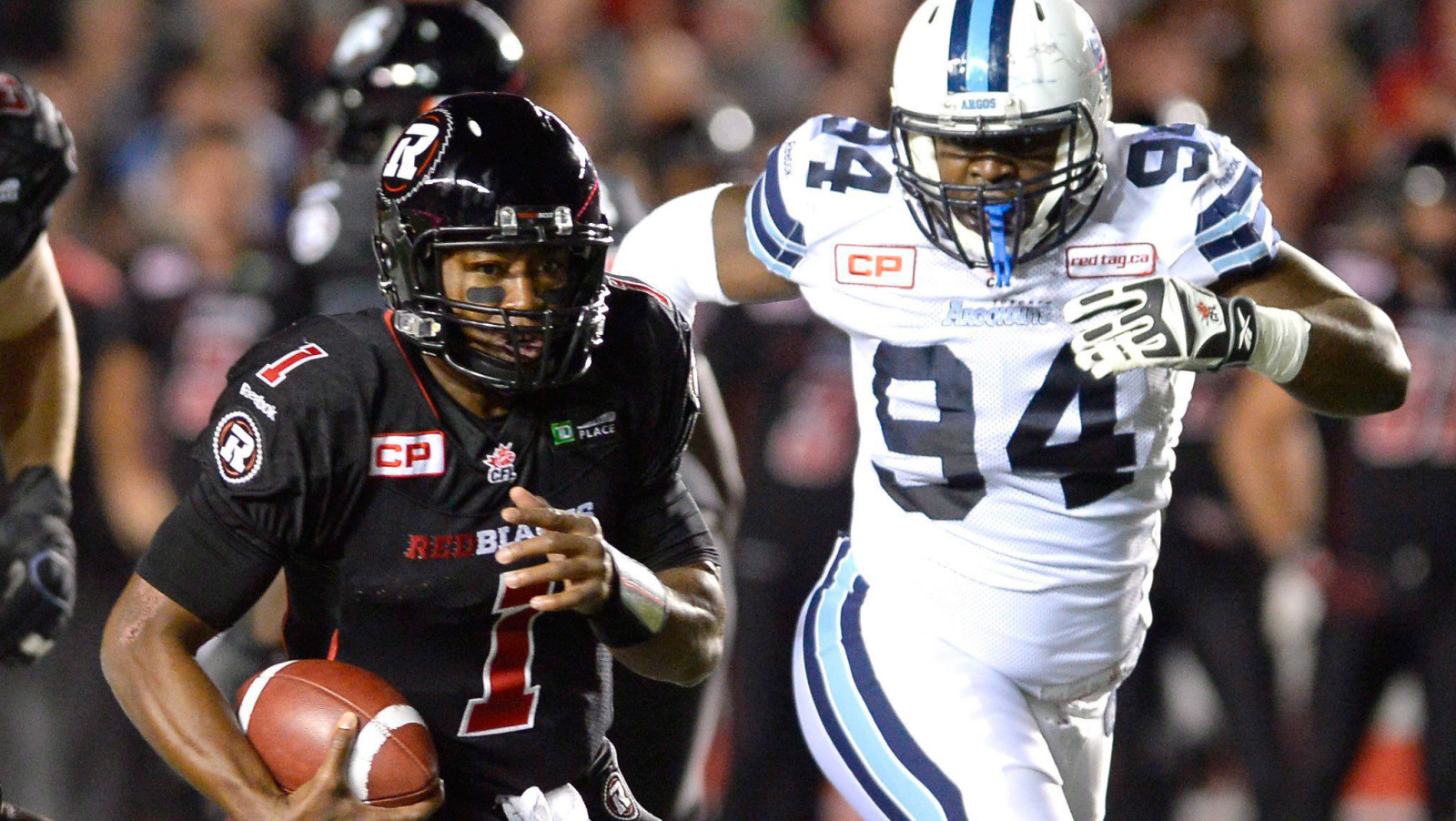 WINNIPEG — Already one of the busiest teams on the first day of free agency, the Bombers continued to upgrade on Tuesday after signing defensive tackle Euclid Cummings.

Cummings was a force in the middle of the Argos’ D-line in 2015, teaming up with Cleyon Laing to form one of the top interior duos in the league. In his first full CFL season the 24-year-old had eight sacks, 27 tackles and a forced fumble in 15 games while helping the Boatmen finish fourth in the league against the run.

The news was first reported by CFL.ca’s Justin Dunk on Tuesday, then confirmed by the Bombers on Wednesday.

The addition of Cummings continues what’s been a busy day in the Manitoba capital, as he joins recent signing Keith Shologan in the middle of a revamped Bomber defensive line. With national Jamaal Westerman providing an elite-level pass rush from the outside, the Bombers have built one of the most impressive defensive lines on paper in the CFL.

A strong defence in Winnipeg would complement a revamped offence that started with the additions of Paul LaPolice and Weston Dressler earlier in the off-season and continued on Tuesday with high-profile signings Andrew Harris and Ryan Smith.

Cummings joined the Argos in 2014 and played one game, recording one tackle a year after graduating from Georgia Tech. At 6-foot-3, 281 pounds, Cummings has a bright future in the CFL and should make an immediate impact, whether it’s stopping the run or disrupting opposing quarterbacks.