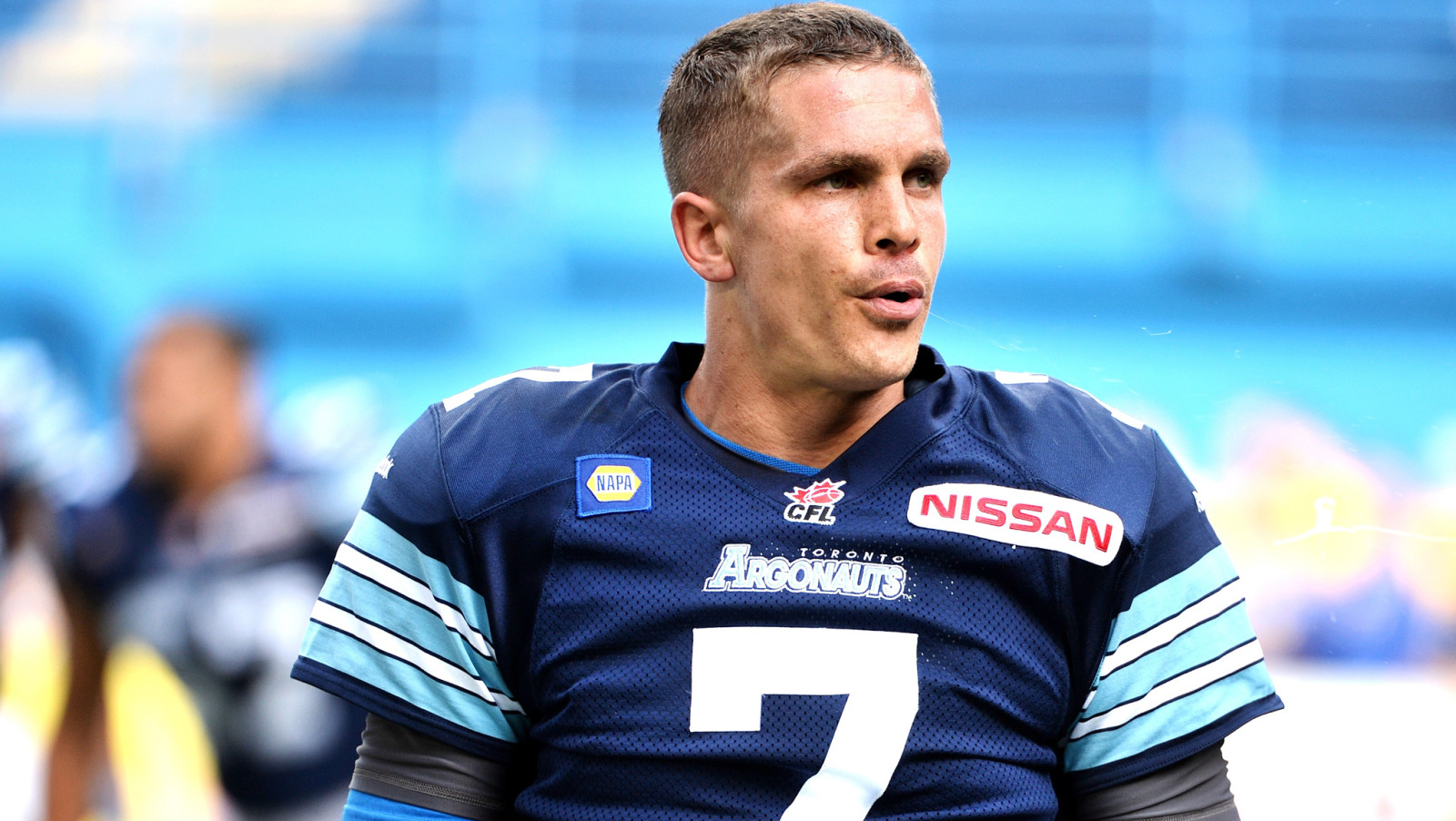 OTTAWA — The Ottawa REDBLACKS have their contingency plan at quarterback, as top free agent quarterback Trevor Harris has agreed to sign in the nation’s capital.

Widely considered one of the top free agents on the market, Harris provides stability at the quarterback position following a breakout season at age 29 with the Toronto Argonauts. In 2015 he took the reins from an injured Ricky Ray and threw for 4,354 yards and 33 touchdowns, leading the Argos back to the playoffs after missing out in 2014.

“[He was] our number one target, something we had to accomplish in order to solidify that position – a little bit for this year but more so for the future,” said GM Marcel Desjardins. “I think all the REDBLACKS fans saw what he can do when we played very well against us here in Ottawa and throughout the season really, so we’re thrilled to have him.

“He’s glad to be here and part of what we have going on here in Ottawa and this is great for the REDBLACKS.”

Against the REDBLACKS in 2015, Harris went 3-0 and threw 10 touchdown passes, throwing for 945 yards. He was listed second on CFL.ca’s Top 30 Free Agent list earlier this month.

No stranger to pulling the trigger on a big deal, Ottawa general manager Marcel Desjardins has not only gotten himself a quarterback of the future but taken one away from a division rival in Toronto.

A native of Waldo, Ohio, Harris started his CFL career in 2012 as a backup to Ray on an Argos team that went on to win the Grey Cup. While Zach Collaros, not Harris, filled in for Ray in 2013 when the Argos’ starter went down, the Edinboro graduate finally got his chance at the end of 2014, making his first career start in the team’s season finale win winning vs. the Ottawa REDBLACKS.

After Ray had undergone off-season shoulder surgery, Harris got the nod as the team’s starter out of the gate in 2015 and came out strong, throwing for 347 passing yards and three touchdowns on 24-of-27 passing (88.9 per cent).

By the mid-season point Harris had become a legitimate candidate for Most Outstanding Player, but after cooling down in the month of October he was replaced by Ray.

The REDBLACKS also announced the addition of national fullback Brendan Gillanders on Tuesday, agreeing with the former Toronto Argonaut to a two-year contract.

The 27-year-old Orléans native most recently played with the Argos after signing with the club in 2013. Gillanders featured in 16 games for the Argos during his two years there, including 15 games last year when he caught seven passes for 104 yards. He played his first game at TD Place with the Argos last July.

“We’re always looking to add quality Canadian players to the roster because you can never have enough of those guys,” Desjardins said, adding he expects Gillanders to contribute on both offence and on special teams. “The fact that he is a local product is a bonus but we would have tried to sign him regardless.”

He played for his hometown University of Ottawa Gee-Gees from 2009-2013 and the 5-foot-11, 211-pound fullback was named a first-team OUA all-star in 2013 after running for 740 yards and pulling down 321 yards in receptions while adding five touchdowns.