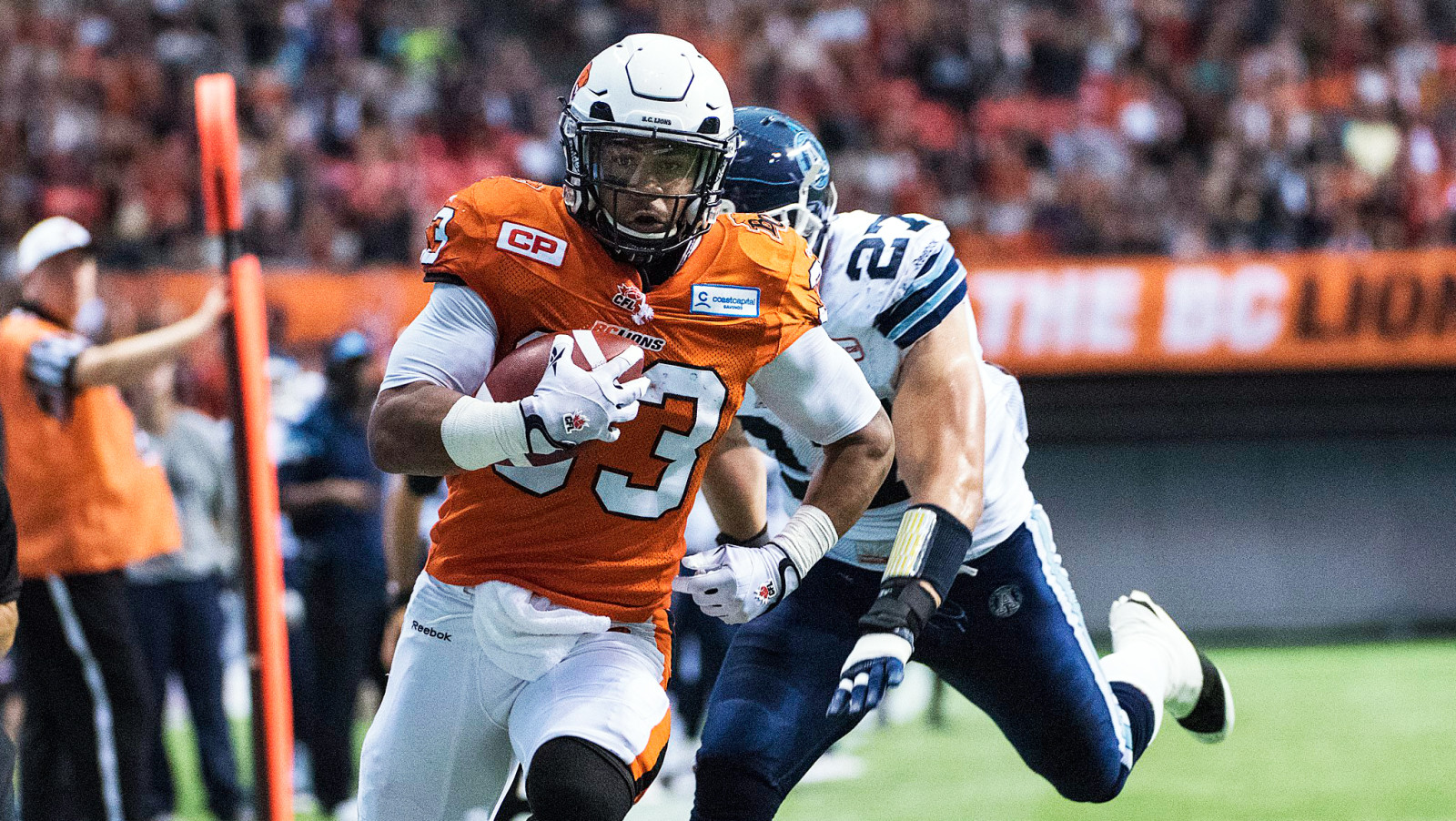 WINNIPEG — The Winnipeg Blue Bombers didn’t wait long to make their next big off-season splash, agreeing to a contract on Tuesday with national free agent running back Andrew Harris

Harris, a Winnipeg Native, joined the BC Lions in 2008 and spent eight seasons with the team, winning a Grey Cup in his first year as a starter in 2011 while becoming one of the league’s most prolific running backs.

“I’ve been thinking about playing and growing up in Winnipeg and always going to Canad-Inns Stadium,” said Harris. “It’s definitely a dream come true and something I always envisioned and it’s exciting for me and my family.

“I think any young boy that plays football in Manitoba always dreams about playing for the Bombers, and that’s always been in my mind.”

Now 28, Harris has rushed for 4,259 career yards while adding 2,639 yards in the air. Known for his versatility as a dual-threat running back, last season he placed second in the league in yards from scrimmage with 1,039 rushing yards to go with 484 yards through the air and nine touchdowns in total.

The 5-foot-11, 213-pound back confirmed last week that the Lions would not extend a contract offer to Harris, who was ranked number one on CFL.ca’s list of the top 30 free agents.

The move continues what’s been a memorable off-season in Winnipeg, as promised by GM Kyle Walters when he said he’d be aggressive in free agency. The Bombers signed Weston Dressler and Macho Harris before the start of free agency, then on Tuesday added Harris and receiver Ryan Smith to the offence.

Winnipeg also added offensive lineman Jeff Keeping and defensive lineman Keith Shologan as the Bombers gear up for what they hope will be their first playoff berth since moving into Investors Group Field.

Harris said while there were many factors in his return to Winnipeg, the team’s direction played a role.

“I think the recent signings, with a new offensive coordinator – there are quite a few solid pieces within this offence now and it’s going to be a different dynamic,” said Harris.

“It’s going to be a brand new offence and I truly believe that the pieces we have moving forward are positive ones and I’m just looking forward to contributing within that.

“I just think the organization is going in the right direction and it was good timing for a lot of different reasons.”