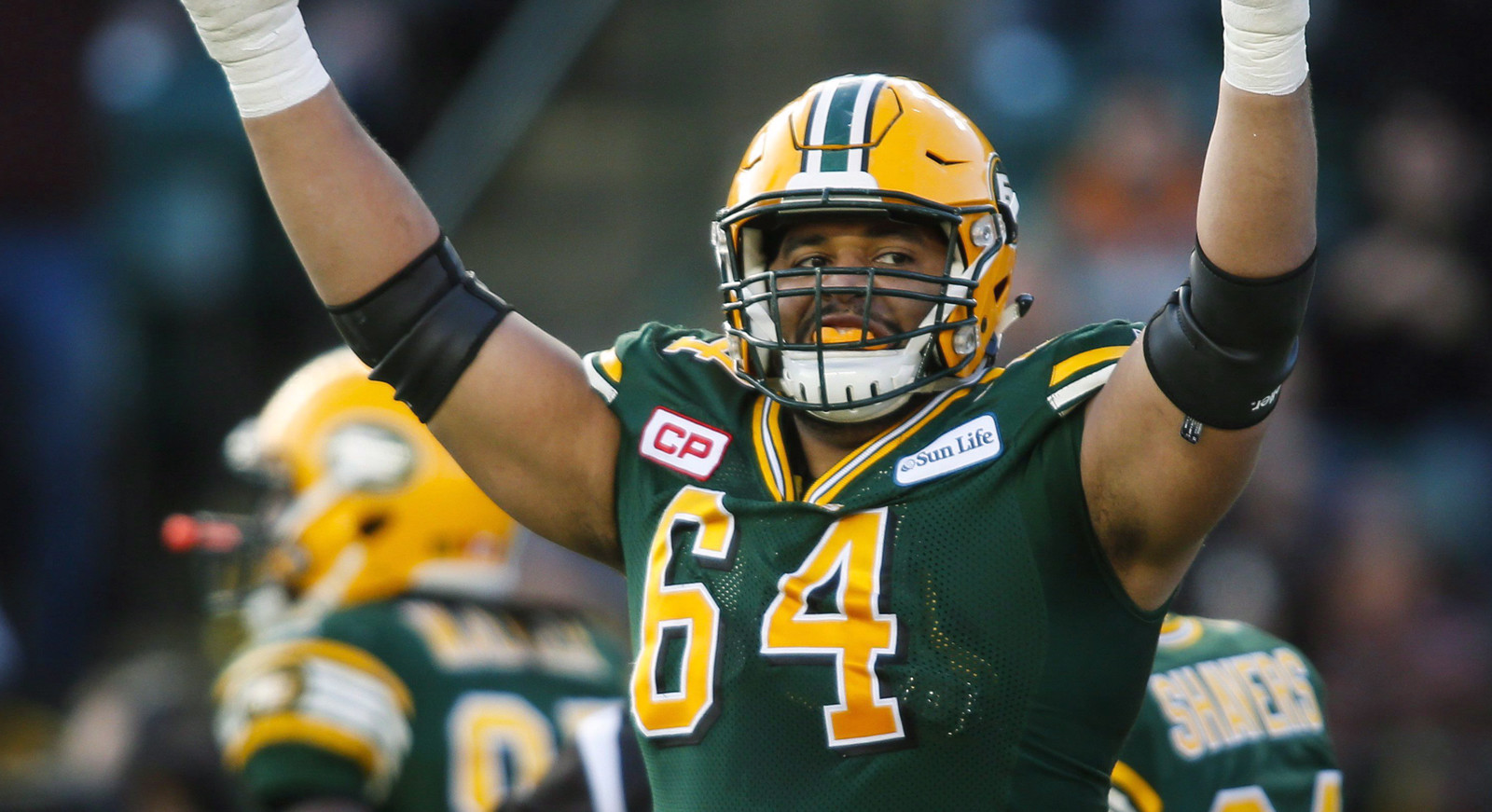 A CFL veteran of eight seasons, Jones has spent time with the Lions, Argos and last year the Eskimos after being drafted by BC in the fourth round of the 2007 CFL Draft.

The 6-foot-3, 316-pound lineman is a three-time Grey Cup Champion, winning one each with the BC Lions, Toronto Argonauts and Edmonton Eskimos. He played with current Riders GM and head coach Chris Jones on two of those teams, including last year’s championship-winning Eskimos.