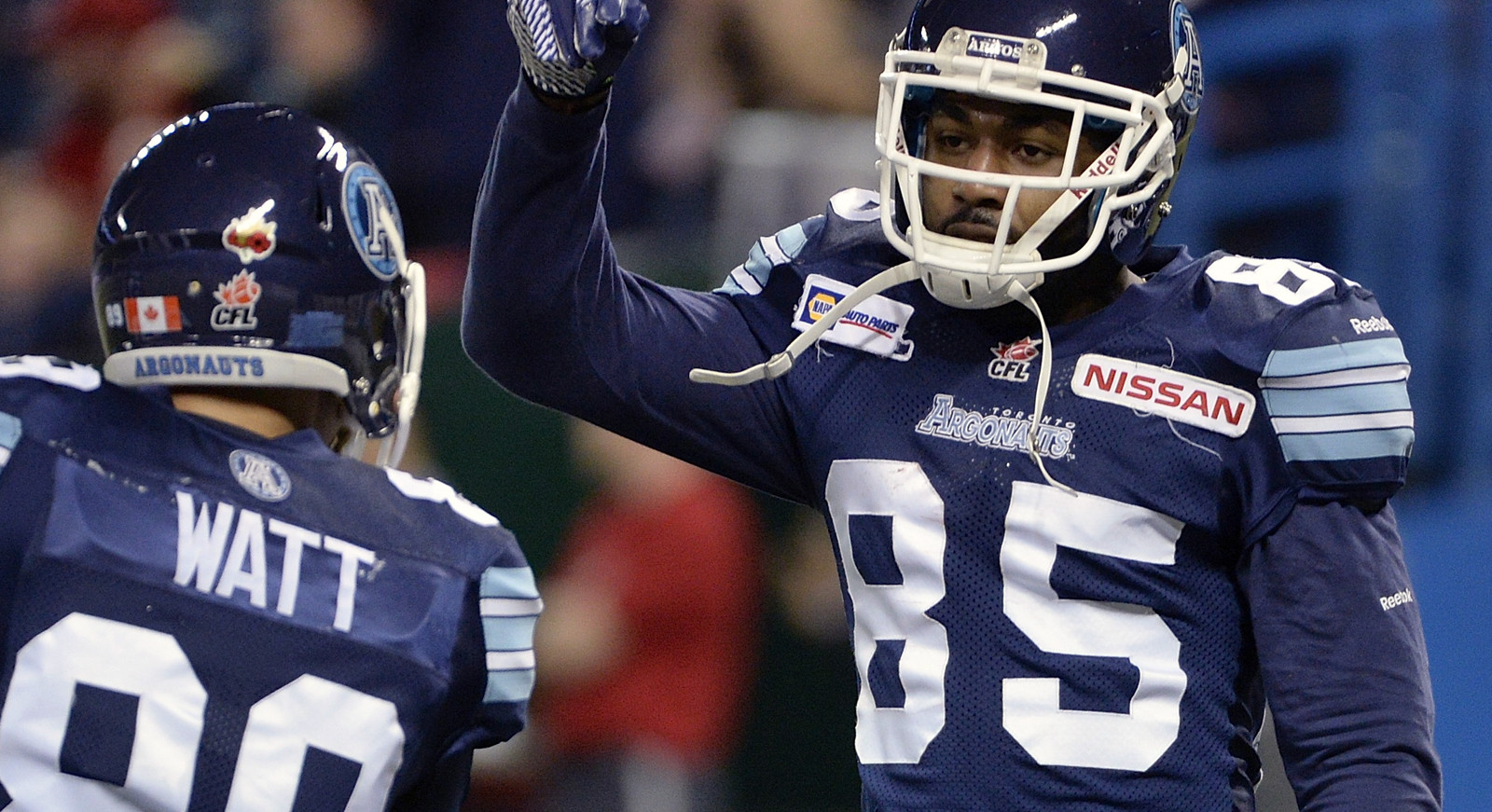 REGINA — Chris Jones continues to address the Riders’ need for speed this off-season, on Tuesday announcing the signing of former Argo John Chiles.

Chiles, 27, spent two seasons with the Argos from 2013 through 2014, recording 1,200 yards and nine touchdowns in total. He caught 29 passes for 475 yards and a touchdowns in his last season in Toronto as injuries limited him to only eight games.

A 6-foot-1, 209-pound Texas graduate, Chiles was known as one of the CFL’s fastest receivers before heading south to join the NFL’s Chicago Bears in 2015. He was placed on injured reserve by the Bears then released in November.

Jones was the Argos’ defensive coordinator and assistant GM when the Boatmen added Chiles as a free agent in 2013.