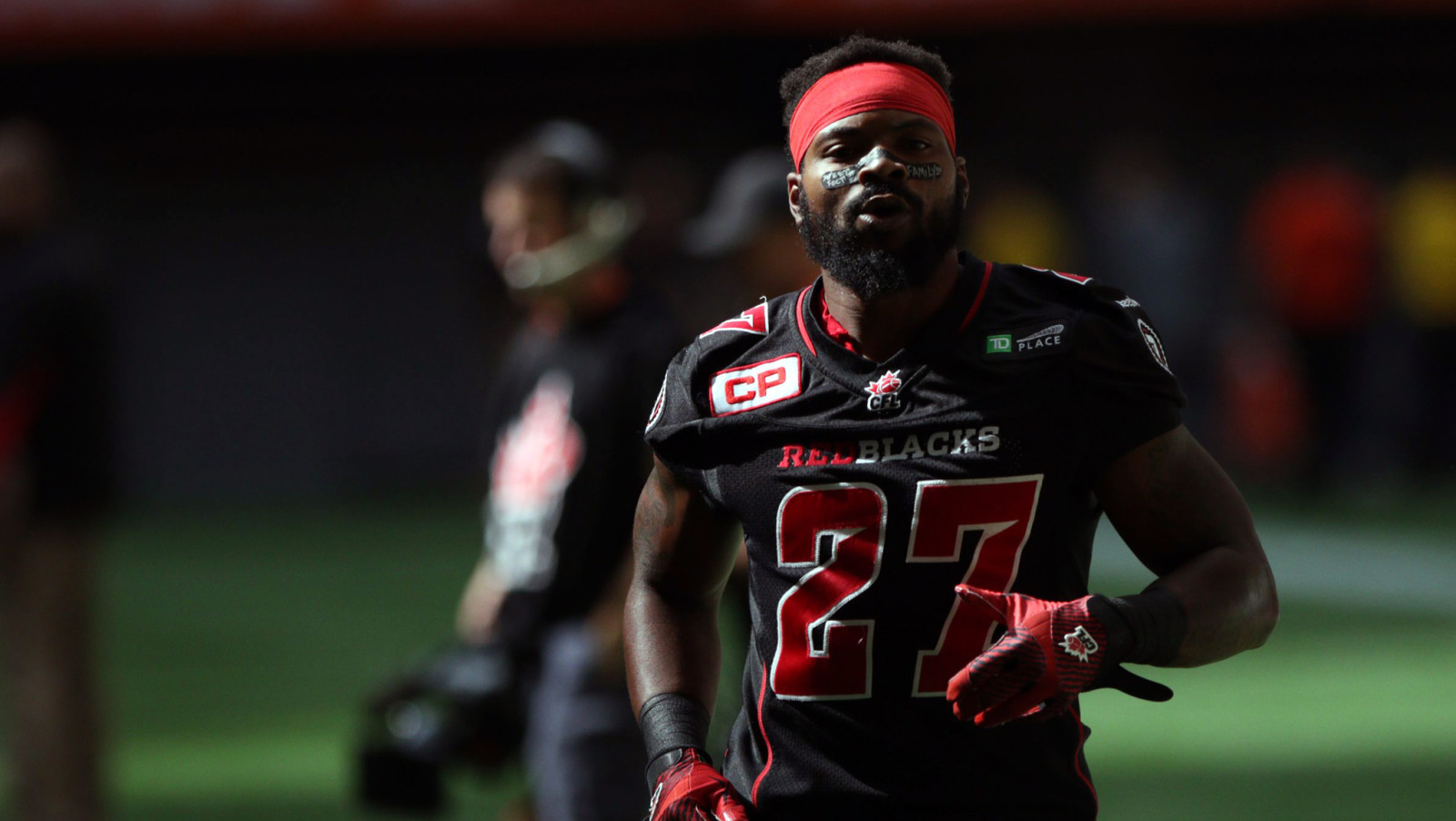 VANCOUVER — The BC Lions signed their potential starting running back on Wednesday, announcing the addition of former REDBLACKS runner Jeremiah Johnson on a one-year contract.

After splitting his first 10 regular season games between Ottawa and Toronto in 2014, Johnson appeared in 10 contests for the REDBLACKS in 2015 totaling 97 rushes for 448 yards and nine touchdowns. Over 20 regular season appearances, the Los Angeles native has notched 796 yards on 156 carries with 12 majors and has added another 434 yards and two touchdowns on 62 receptions.

“Jeremiah is an experienced running back who has spent time in both the NFL and CFL,” said Lions head coach and GM Wally Buono. “He has a lot of respect on our team among our defensive players and he brings a level of ability that gives you a very good starting point when you begin to have players compete for that starting running back job.”

He has a lot of respect on our team among our defensive players.

Johnson is just that for the Lions, a starting point, as the team looks to fill the void of departed star national running back Andrew Harris. Harris became a free agent on Tuesday and was not offered an extension by the Lions, who Buono said needed to move forward.

The Lions also announced the signing of former Riders international offensive lineman Levy Adcock. Adcock made 13 starts for the Riders in two seasons and provides depth up front for the Lions’ offence.

“Levy is a talented offensive lineman who brings size, experience and physicality to the line,” said Buono. “He’s played at a high level both in college and in the pros and he comes highly recommended by offensive line coach Dan Dorazio.”

Adcock spent the past two seasons with the Saskatchewan Roughriders appearing in 15 regular season games, making 13 starts during that time.

The Oklahoma native stayed close to home for his college career, appearing in 29 games at Oklahoma State. He was an All-Big 12 selection in both 2010 and 2011 as well as a consensus All-American in 2011. Levy was an undrafted free agent signing of the Dallas Cowboys in 2012 before moving onto the Sacramento Mountain Lions of the now-defunct UFL.

He had another brief NFL stop with the New York Giants in 2012 before signing with the Riders in 2014.