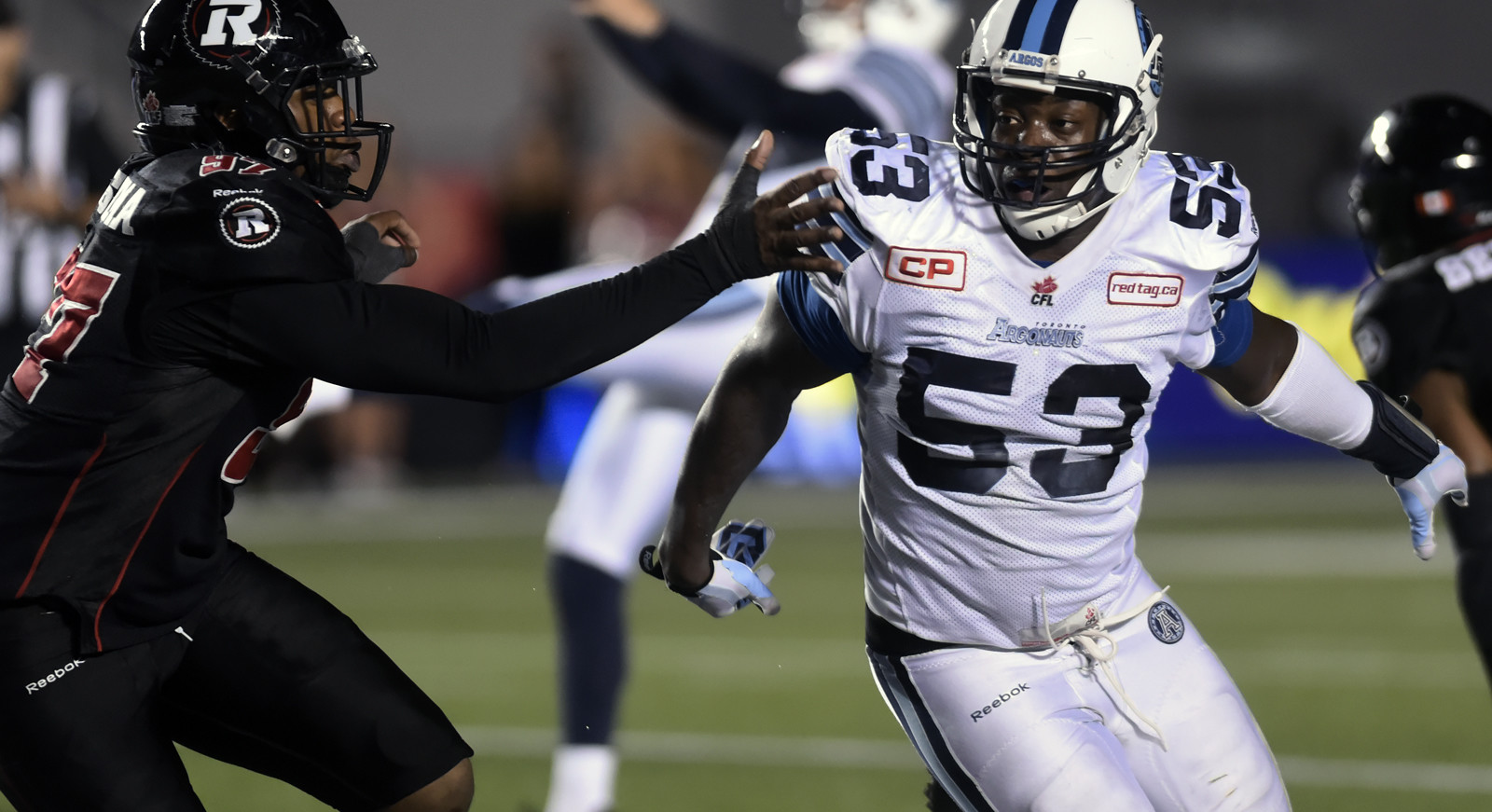 REGINA — The second day of free agency continues to be the busiest one for the Riders, who announced Wednesday the signing of veteran international linebacker Greg Jones.

Jones, a six-foot, 242-pound inside linebacker, joins the Riders after spending the last two seasons with the Toronto Argonauts.

Prior to arriving in the CFL, Jones spent two seasons in the NFL playing six games with the Jacksonville Jaguars in 2012. He also played 16 regular season games – with five starts – and four playoff games with the 2011 Super Bowl champion New York Giants.