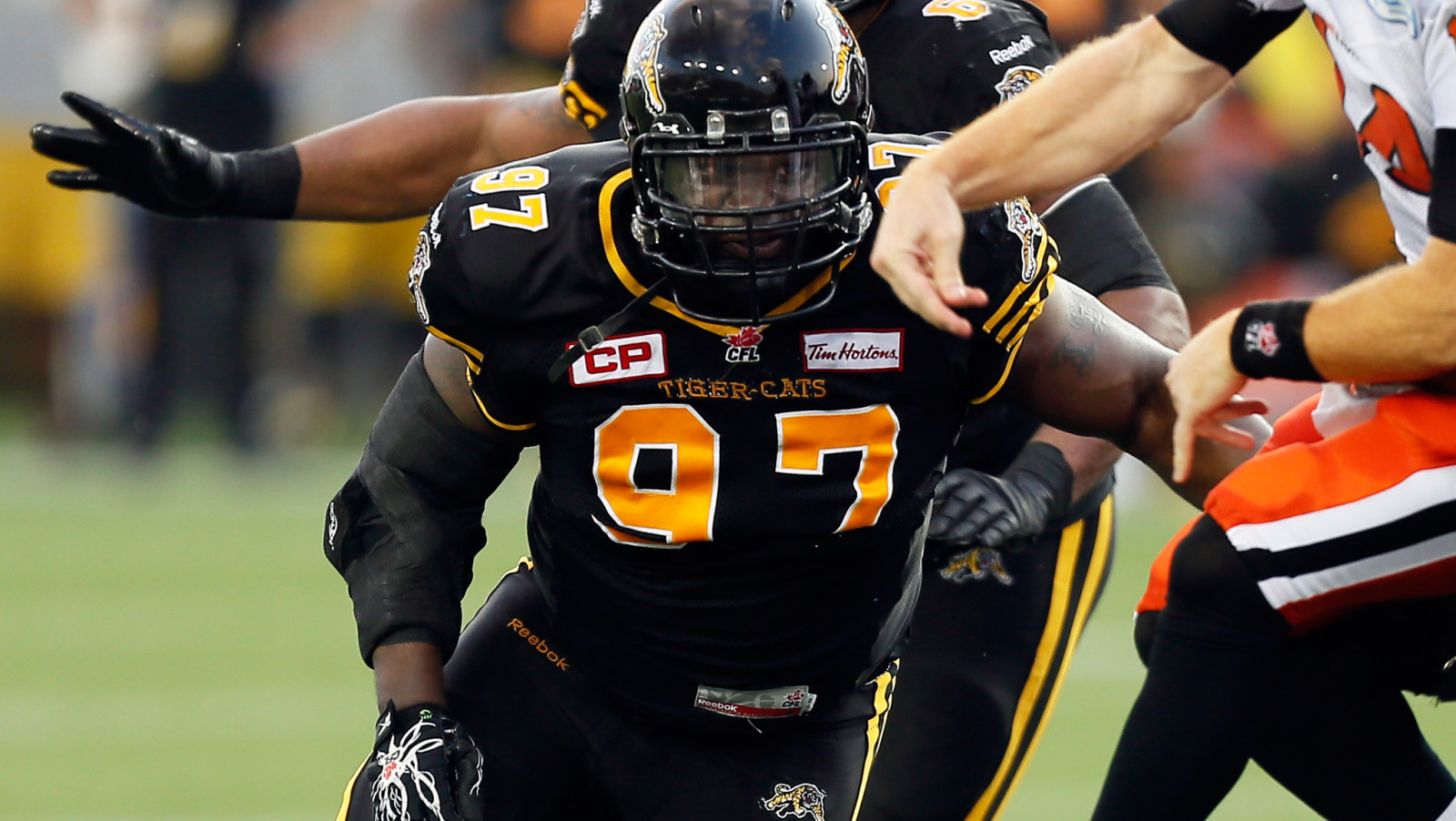 HAMILTON — Perhaps the biggest domino on the first day of CFL Free Agency has fallen as all-star defensive tackle Ted Laurent has elected to stay in Hamilton, re-signing with the Tiger-Cats Tuesday evening.

The 28-year-old national, widely considered one of the biggest free agents both literally and figuratively, is a game-changing talent on the defensive line with his 6-foot-1, 303-pound frame and ability to both stop the run and rush the passer.

Laurent was listed at no. 3 on CFL.ca’s Top 30 Potential Free Agents list.

“Ted has been a huge part of our defence the last two seasons and was a priority for our club as free agency opened on Tuesday,” said Tiger-Cats Vice-President of Football Operations, General Manager and Head Coach Kent Austin. “He is a complete player that is able to defend against the run and collapse the pocket on the quarterback. We’re extremely excited to have one of the best players in the league back in Hamilton.”

Laurent, who rarely misses a start, played 16 games for the Ticats last season recording 26 tackles, three sacks and a forced fumble on one of the league’s top defences. A five-year veteran who spent his first three seasons with the Eskimos, Laurent signed with the ‘Cats in 2014 and immediately made an impact, picking up nine sacks in his first season and elevating Hamilton’s defence to an elite level.

Who is still available? View the CFL.ca Free Agent Tracker

A Mississippi alumnus, Laurent has played at least 11 games in every season in his career and has 23 sacks to go with four forced fumbles next to his name – although the numbers don’t do justice the kind of impact he makes on the field.