Best of the Rest: What’s next in free agency? 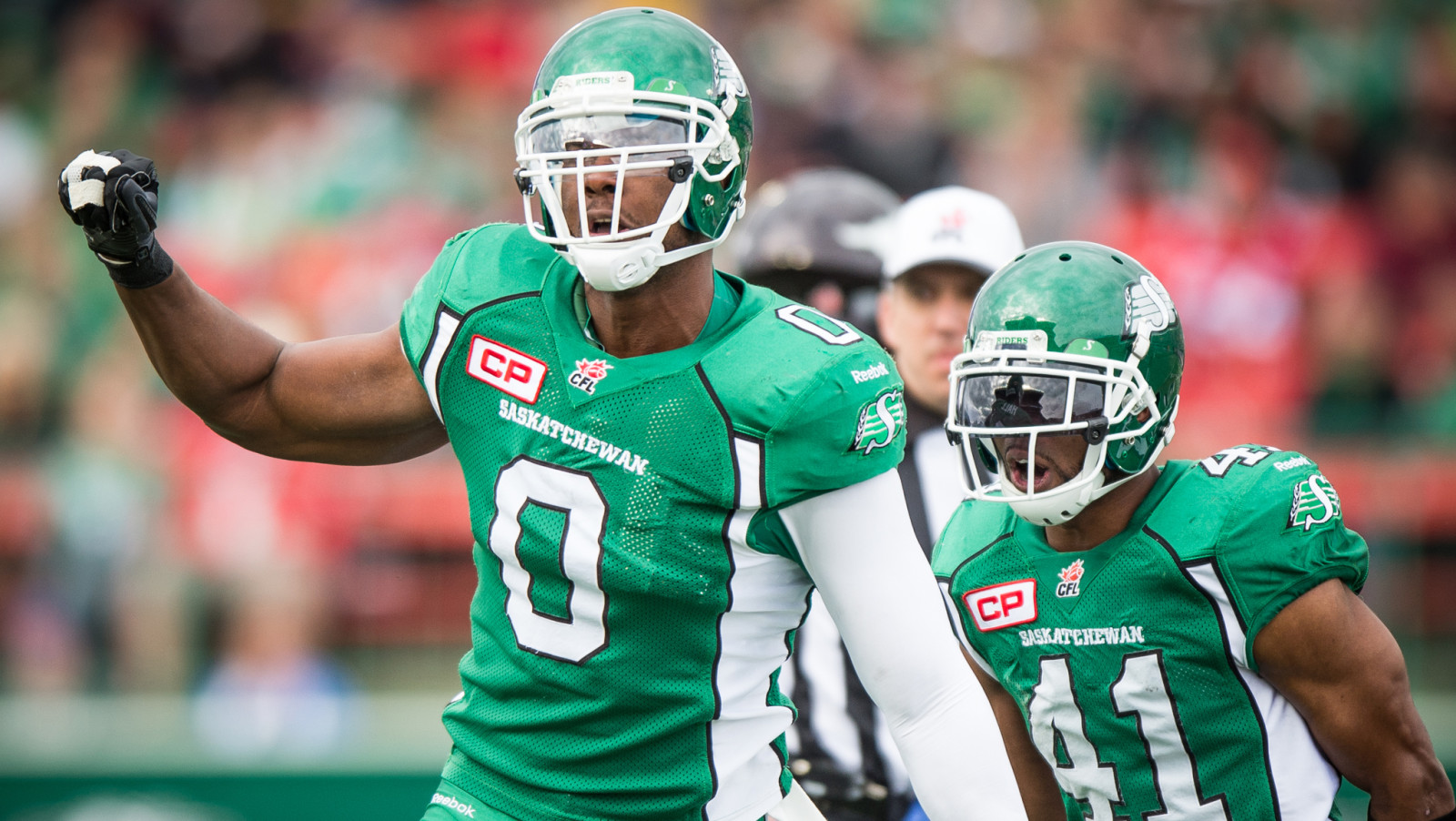 Best of the Rest: What’s next in free agency?

TORONTO — The first couple waves of free agency hit hard and the market is thinning out, as a number of top names have switched teams while others are staying put.

Andrew Harris and Trevor Harris, the top two free agents according to CFL.ca’s Top 30, both have new teams. No new team will get Ted Laurent meanwhile as the big defensive tackle re-signed with the Ticats after considering his options.

And in one of the bigger surprises of free agency, the Saskatchewan Roughriders landed national defensive end Justin Capicciotti, who will team up with Shawn Lemon to form possibly one of the league’s most dynamic pass rushes.

Still, while eight of the top 10 free agents have new contracts along with 25 of the top 30, that doesn’t mean there aren’t impactful players to be had. Some elite players like Aaron Grymes and Cleyon Laing remain available as they continue to consider NFL options, but a return to the CFL shouldn’t be ruled out.

Other names inside the top 30 still available include Emanuel Davis and Chris Getzlaf, and at the same time there are many more less talked about players that should be on teams’ radars as the later stages of free agency arrive.

After nearly a week of free agency, who’s the best of the rest? We look at the top 20 impactful players still on the market:

*Tyron Brackenridge and Juwan Simpson were free agents prior to Feb. 9.

While some good, experienced CFL players are still available and were left off this list, the top 20 highlights some very impactful players that could play a key role on a team in 2016, whether it’s their current team or a new one.

Laing and Grymes are the first two that come to mind although they may not be back with CFL clubs next season, while others that are almost certain to sign somewhere include Getzlaf, Matthew Norman and Justin Hickman.

Laing was originally ranked fifth among all free agents by CFL.ca and is an elite talent still up for grabs. Word is he’s likely NFL-bound, but don’t rule out a return to the CFL either. Stranger things have happened and there’s a chance he could become one of the higher-paid defensive players in the league as a young ratio-breaker coming off a breakout season.

Same with Laing, some are considering Grymes as good as gone to the NFL. Esks GM Ed Hervey says Grymes is still a target for the Eskimos, while some have linked the star 24-year-old defensive back to the Riders along with his former coach Chris Jones. Either way, Grymes is, like Laing, a rare elite talent still available nearly a week after the start of free agency.

It’s probably only a matter of time before Bryan Hall lands with a CFL team, but will it be with the Ticats or will it be somewhere else? Hall teamed up with Ted Laurent to form a brick wall in the middle of the Ticats’ D-line last season, and at 6-foot-1, 295 pounds and only 27 years old he should be among the most popular free agents still out there. 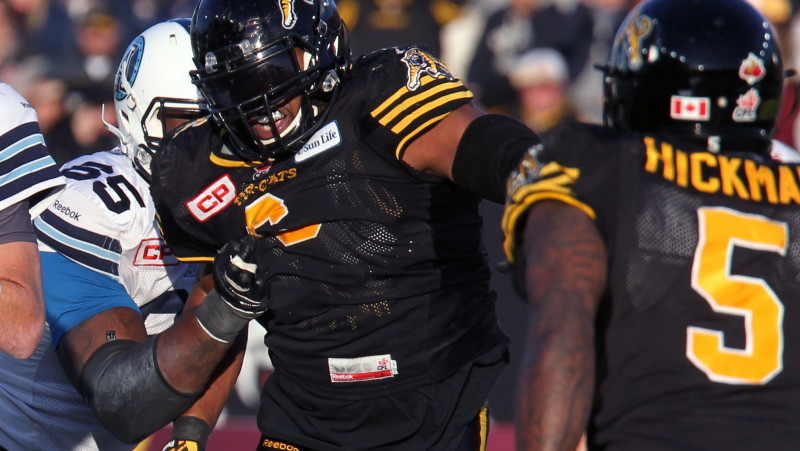 Bryan Hall is a big name and a big body, but where will he end up?

Davis emerged as one of the CFL’s top playmakers in 2015 after playing in all 18 games last season and recording 61 tackles, five interceptions, a sack and a forced fumble on top of three defensive touchdowns. He could have NFL aspirations however, while the question in the minds of talent evaluators will be whether Davis’ breakout season is a sign of things to come or a blip on the radar.

His best days are behind him but that doesn’t mean Chris Getzlaf can’t still be an impactful receiver somewhere. Injuries have brought him down the last two seasons and if he can get healthy again, a spike in production should be expected. Whether it’s with his hometown Riders or elsewhere is another question, especially after they landed national receiver Shamawd Chambers and extended the contract of Rob Bagg.

Okpalaugo didn’t get the hype he deserved heading into free agency, and word is his CFL future will be put on hold as he looks at NFL opportunities. If he does decide to stay in Canada, he’d be an underrated signing for any team after recording 23 sacks in two career CFL seasons and now sitting at just 26 years old.

Hall is one of the most underrated players on the free agent list because although he’s on the wrong side of 30, all he’s done in his CFL career is produce at an elite level. Hall has 32 sacks in 43 career games (0.74 sacks per game) – a career pace rivaling any of the best rush ends in the league, including John Bowman (0.68 sacks per game), John Chick (0.63 sacks per game) and Charleston Hughes (0.64 sacks per game).

Thompson emerged as a solid starter over two seasons with the REDBLACKS, teaming up with Abdul Kanneh to lock down the halfback position. He’s 26 years old and already has a start in the Grey Cup next to his name, last season helping Ottawa rank first in the CFL on defence. He could still land back in Ottawa but should be in high demand either way. 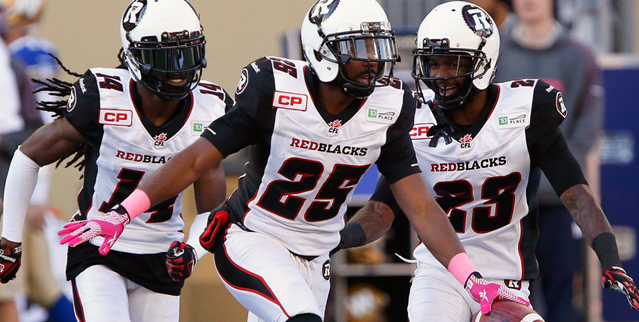 A proven veteran O-lineman whose biggest strength is versatility, Norman started at centre for the BC Lions in 2014 and is a ratio-breaker up front. With the big names like Josh Bourke and Corey Watman already signed and others like Brian Simmons moving fast, Norman is the best free agent lineman left. With the 30-year-old Norman you know what you’re getting, which is a plus for offensive linemen.

The worry with Brackenridge is he plays a position that virtually every CFL team has already filled. There are only nine starting safeties in the league and most of them are nationals, putting 31-year-old Brackenridge, a two-time CFL and West Division All-Star at the position, in a difficult spot. The fact that he’s played linebacker should help him find a role somewhere before training camp.

A five-year CFL veteran, Hickman can provide a team plenty of help off the end with his pass-rushing skills. Whether it’ll be back in Hamilton or not remains up in the air, but there’s little doubt at 30 years old he’s got plenty left in the tank and can still make an impact somewhere.

The heart and soul of the Stamps’ defence over the last eight years, Simpson’s leadership qualities alone make him worth adding to your defence. Injuries and age caught up to the 31-year-old last year and while he’s not in his football prime anymore, there’s no reason he can’t make an impact as a starting CFL linebacker. Expect him to find a new home soon. 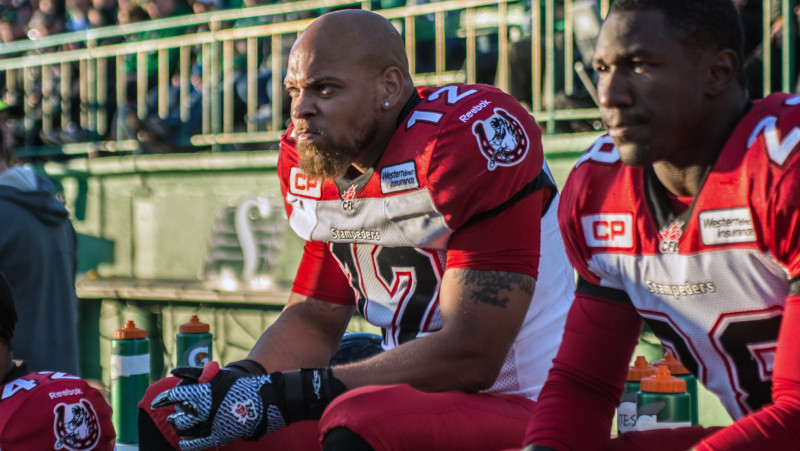 Can Juwan Simpson still be an impact player on defence?

The Alouettes took a shot with Stamps last year hoping his down year in 2014 was a one-off, but after a slow season last year that’s two in a row. At 32 years old Stamps was an elite receiver putting up some of the best numbers in the CFL — he’s not that anymore, but now at age 34 has he dropped off the radar that much? The right opportunity in the right spot could prove the 10-year CFL veteran is still an impactful player.

Injuries limited Figueroa in 2015 which is hurting his stock in free agency, but the 26-year-old could be one of free agency’s biggest (literally and figuratively) gems when all is said and done. The Miami graduate can play multiple positions up front and is one of the most physically-dominant offensive linemen you will find, checking in at 6-foot-6, 320 pounds.

While the season-ending injury to Zach Collaros was the major topic of conversation in Hamilton last year, the loss of Olson also to injury was just about as meaningful. Olson, 26, locked down the left tackle position before suffering a season-ending injury that late September game against Edmonton (the same one Collaros was injured in) and is a reliable international starter when healthy.

Parks offers a curious case in free agency, as the 29-year-old was not retained by the Lions and has yet to find a team almost a week after Feb. 9. A few years ago he was one of the league’s rising stars at a difficult position to play, locking down the cornerback position opposite Ronnie Yell on one of the CFL’s elite defences. But after intercepting six passes in his rookie season, Parks’ last two seasons have been a step back, including last season when he played in only eight games.

Hefney, the former Bombers star, found a home on the Als’ defence last year and seemed like he would stick before being sidelined by a devastating injury. As Montreal moves on with Mitchell White and newly-signed Jovon Johnson at corner, where will Hefney, a three-time East Division All-Star and two-time CFL All-Star, land next?

Fulton emerged as an American starting tackle after being traded to the Riders from Edmonton in 2012 and could provide some serious value for a team looking for an international starter up front. Still only 29, he started at left tackle in the Riders’ 101st Grey Cup win and has been a key part of their O-line ever since.

A 29-year-old national, Hinds offers height at 6-foot-1 and the ability to play multiple positions in the secondary, including safety. Last season he recorded 23 tackles, a sack and a forced fumble in 11 games, playing a depth role on Edmonton’s eventual Grey Cup-winning defence.

A 2013 CFL All-Star and three-time East Division All-Star, Brown has been one of the most dependable defensive backs on one of the league’s top defences for the last seven years. He’s 35 now and it’s hard for defensive backs to keep up into their mid 30s, but surely his experience is worth something for a team looking for help in the defensive backfield. 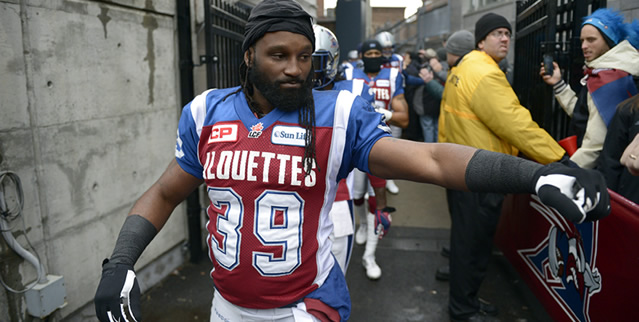