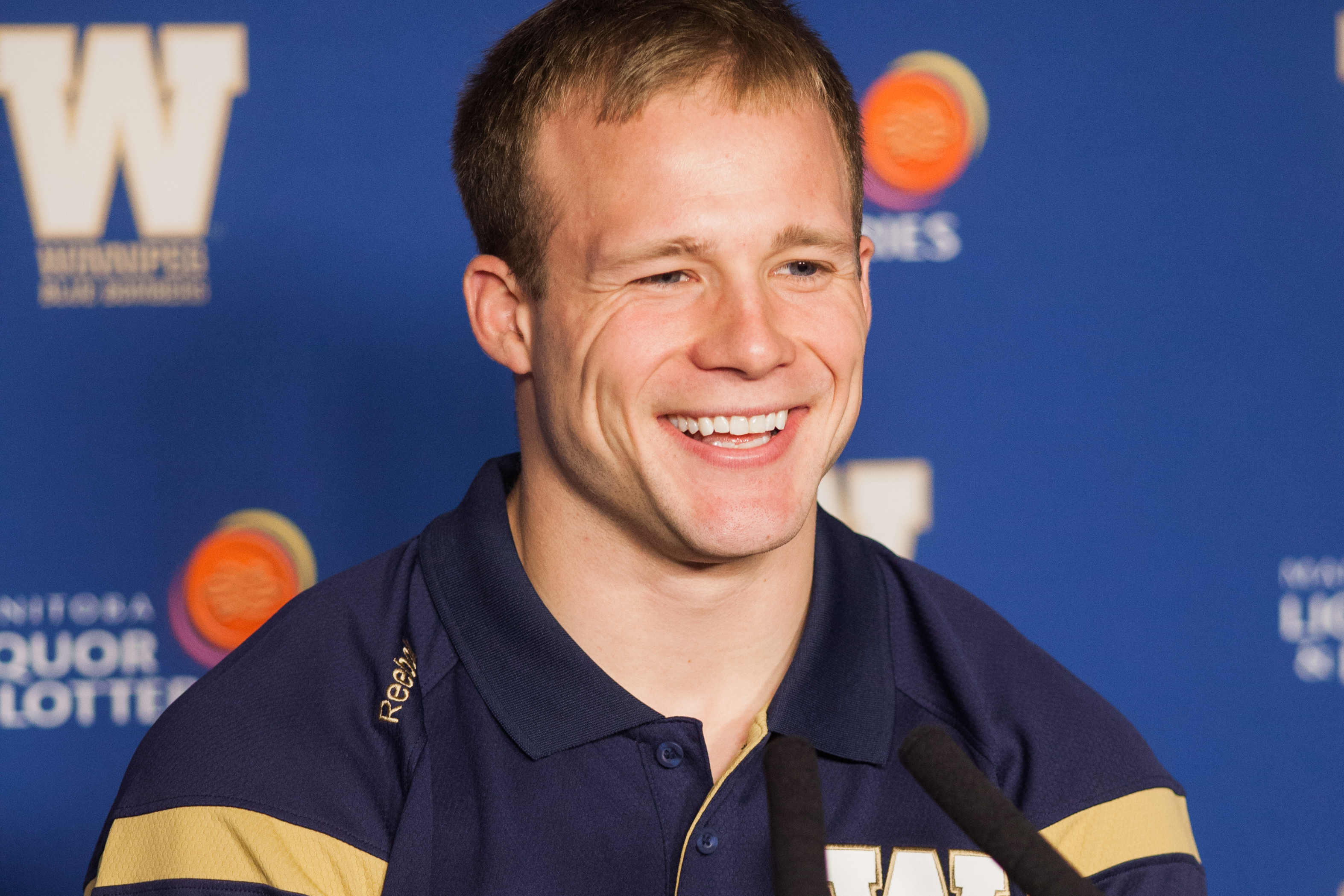 WINNIPEG — What isn’t there to smile about when you’ve been reunited with one of your mentors and teammates, in a city a few hours away from home that’s ecstatic to have you on board? For new Blue Bombers receiver Ryan Smith, signing on the dotted line Feb. 9 was a no-brainer.

“I was excited to hear from the Blue Bombers and about everything they had to offer and what they had to say,” said the 24-year-old to the Winnipeg media last week, shortly after deciding to join close friend Weston Dressler in the Blue and Gold.

“There were some discussions with the Roughriders, but they came to a stop, and my agent and I decided that we should play the free agency a little bit and here I am today.”

It was a quick drive north to the border that landed Smith at Investors Group Field. After meeting his new coaches, General Manager, and Football Operations staff, Smith walked down the hall past the Bombers’ locker room to the crowd of flashing cameras and reporters waiting, much like his teammate Dressler did just a few weeks prior. 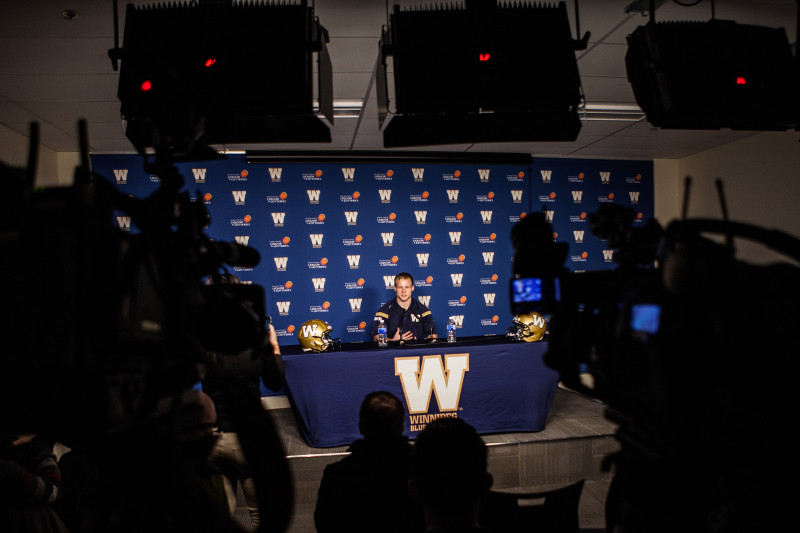 “I talked to Weston after he signed here and he was really excited about it,” said Smith when asked if his fellow North Dakota-born teammate’s earlier signing with the team swayed him at all. “Just to be able to play with Weston again, I learned so much form him about the game. He maybe influenced me a little bit, but I’m excited about it.”

General Manager Kyle Walters spoke highly of his new receiver from the same stage less than an hour prior.

“Ryan Smith plays football the way we want to be known as a football team: Tough, hard-nosed, and he competes. He’s the kind of player I believe our fans are going to fall in love with. He epitomises toughness and hard work, and he’s a humble kid that just wants to win.”

But this isn’t news to Smith, who led the Riders in receiving yards and touchdowns last season, finishing with 59 receptions for 991 yards and seven touchdowns.

“When I talked to Kyle, he was really excited about what I brought to the game and my toughness. I pride myself on that. Being from North Dakota, you have a bit of a chip on your shoulder a little bit.“

Being from North Dakota also means Smith has friends and family just a few hours away, the American being as close to a home town player as you’ll get.

“My family is pretty excited that I signed with Winnipeg,” said Smith, an avid golfer and bow fisher. He opened up about growing up in Wahpeton, N.D. while sitting in his new locker room after his press conference.

“When I was in Regina, I couldn’t really ever go home, but now I can go spend some time at my cabin in Minnesota. I’m looking forward to that, seeing my family and friends more.”

Before heading back on the road to go home, Smith took a last look around the empty locker room and headed back to the head coach’s office.

“It’ll be nice to be on the home team side now,” he said. “The stadium really funnels the noise; it’s always really loud playing here, so I’m looking forward to having that on my side.

“I’m really excited to be part of this organization, and I think it’s going to be a great fit.”