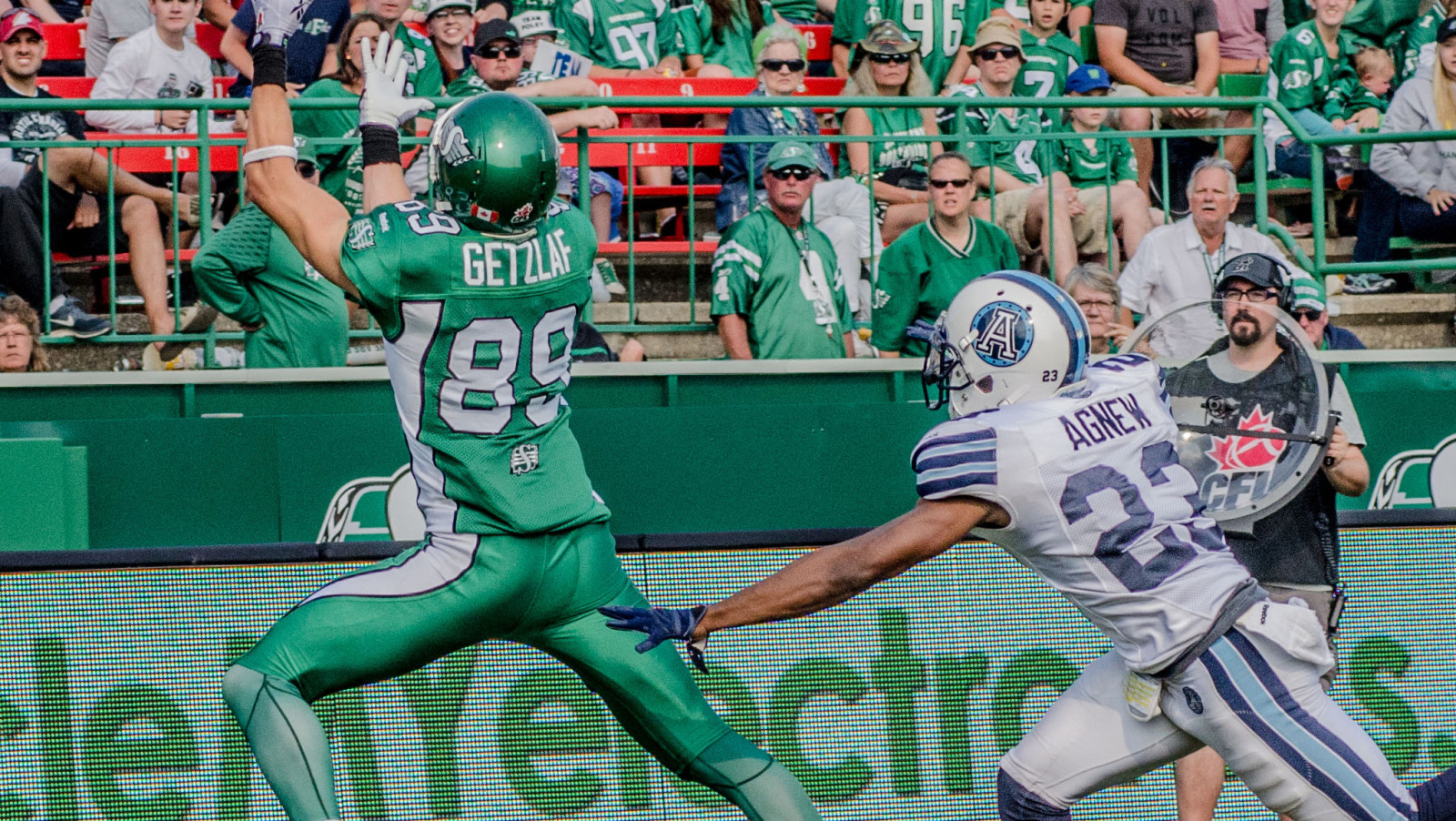 EDMONTON — One of the CFL’s top remaining free agents has a new home, as national receiver Chris Getzlaf and the Edmonton Eskimos have struck a deal, the team announced Thursday.

Getzlaf, 33, became a free agent on Feb. 9 and according to the Edmonton Sun‘s Gerry Moddejonge was not extended an offer to stay in Regina:

According to a member of the new #Roughriders staff, Saskatchewand did not extend an offer to the 33-year-old Getzlaf. #Esks #CFL

An eight-year CFL veteran, Getzlaf was plagued by injuries for the second straight season in Riderville, the Regina native catching 33 passes for 402 yards and four touchdowns over the span of 10 games in one of the least productive seasons of his career.

Still, despite playing only 23 games the last two seasons, Getzlaf has the potential to be a ratio-breaker moving forward. He’s two years removed from being one of the most dominant national receivers in the game, in 2013 capping off a stretch of four straight seasons with at least 850 yards.

Getzlaf has 5,694 receiving yards and 37 touchdowns in 110 career games, all with the Green and White. He joins Adarius Bowman, Derel Walker and Devon Bailey among others in a different-looking Esks receiving corps that lost star pass-catcher Kenny Stafford to free agency.

Moddejonge first reported the news Wednesday, while the team announced the deal Thursday. Getzlaf will officially be introduced as an Eskimo on Monday after meeting with media in Regina on Friday.