Keys to the Combine: It pays to be versatile 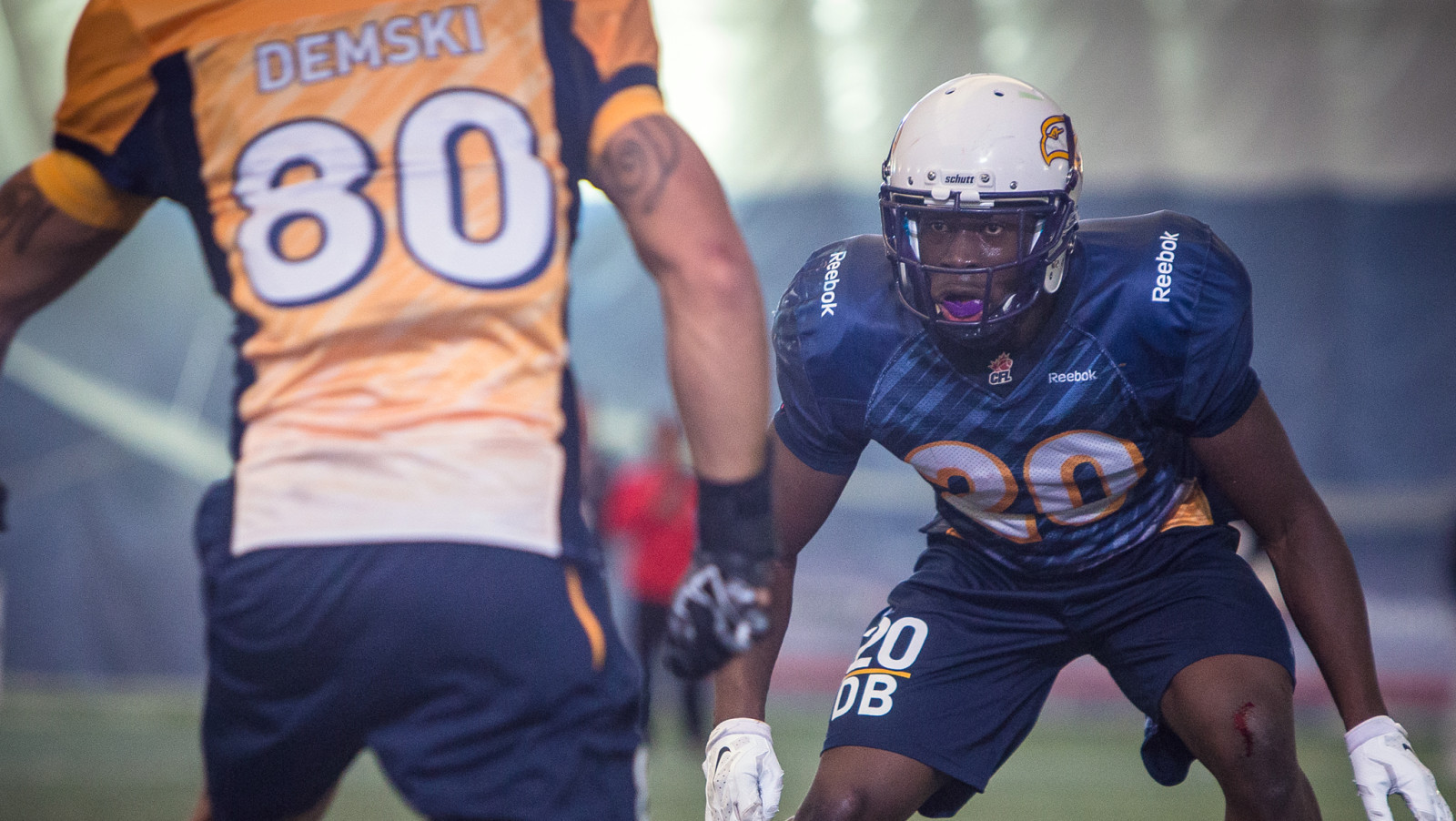 Keys to the Combine: It pays to be versatile

It’s one key to the combine for many young draft hopefuls, and few set the bar higher than last year’s fourth overall pick Chris Ackie.

The Alouettes’ second-year linebacker is 12 months removed from dominating the 2015 CFL National Combine, testing at two different positions and breaking a combine record in the broad jump.

In the end, versatility and athleticism were what separated Ackie from the pack.

“It is important because I think you’re more valuable to the team the more you can do,” the Wilfrid Laurier grad reflected last week.

Unlike a year ago when he was preparing for the most important test of his life, this off-season is one of calm and predictability for the 24-year-old sophomore. Now Ackie, penciled in at the WILL linebacker position behind 2015 breakout star Winston Venable, knows exactly where he’ll be playing and what position.

It’s a spot he grew into with the Als despite having never played it in school, but one he demonstrated he could fill at last year’s combine.

“Personally, I never wanted to be labeled as ‘you’re only a DB’ just because I played that in college,” said Ackie. “I played DB in college but I can do so much more – I can play linebacker, I can play DB, I can play different DB spots.

“I just wanted to show how athletic I am and how physical I am to play different positions.”

Someone noticed, the Alouettes at the very least.

Ackie only moved up one spot to 11th in the CFL Scouting Bureau after his combine performance, while CFL.ca’s Justin Dunk had him going seventh overall to the Edmonton Eskimos in his final mock draft. But in the end, the Als selected Ackie fourth overall ahead of the likes of Danny Groulx, Jacob Ruby and combine testing monster Byron Archambault.

One edge Ackie had over all of those players was his ability to fit into multiple positions on defence, something Defensive Coordinator Noel Thorpe and the Als clearly valued.

“That did come up through the interview process,” said Ackie. “Teams would say, ‘I could see you playing WILL linebacker’, and also I heard from scouting from before that I might be playing out of place at Laurier playing DB.

“I wanted to prove to them that I can play linebacker as well, so that’s why when I went to the combine I decided to run linebacker drills.”

Ackie follows in the footsteps of other players who have built a career on versatility. When Argos slotback Anthony Coombs attended the CFL Combine in 2014, the former Manitoba Bisons running back was doing post-testing interviews with the media when Dave Dickenson came by and told him to get back out with the receivers.

He did well enough to impress the Argos, who traded up three spots to the third overall pick to nab him, clearly eyeing an Andre Durie-type role for the now-23-year-old. 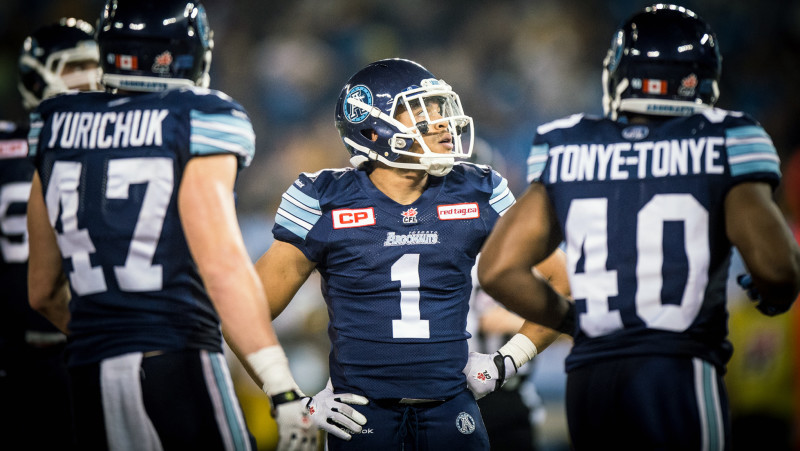 “I think having a guy that can run and catch the ball in space is a trend that’s starting to build in the CFL,” Durie said in a past interview.

Now a 10-year CFL veteran, Durie built a career on doing just that. He set league records with 22 touchdowns as a York University running back in 2003, but suffered a catastrophic knee injury in 2005 that caused him to miss nearly two years.

He eventually became a hybrid running back/receiver with the Argos, specializing in making yards after the catch and excelling in open space.

“They’re looking at it as a hot commodity almost,” said Durie. “If you have a guy that can be tough in the trenches, be able to block and go out and be a receiver in a three-down football league – that’s gold right there.

“You can see a trend building,” he continued. “I think [Head Coach Scott Milanovich] built a great plan with the type of position he wanted, what he wanted from me and what he’s going to be asking from other guys stepping into his offence.”

A niche role, maybe, but it’s catching on. While Ackie rose to become the top defensive player selected in last year’s draft, Nic Demski took a similar path that his Manitoba teammate Coombs did with the Argos.

Many considered Demski neck and neck with Simon Fraser’s Lemar Durant going into last year’s combine, where both exceeded expectations and nothing appeared to separate them. In the end, however, Durant fell to the bottom of the second round and was fourth receiver off the board.

Despite dropping from fifth to ninth in the final CFL Scouting Bureau while dropping off the first round radar in Dunk’s final mock, the Riders selected Demski sixth overall. His history as a running back and ability to block, return kicks and run in open space may have what separated him from the rest.

“I think so,” suggested Demski. “It’s probably the reason I got picked so high – just because of all the things that I can do and the versatility that I have.”

“I think it helps a lot for players with versatility coming into the combine.”

It’s probably the reason I got picked
so high – just because of all the things
that I can do and the versatility that I have.
– Nic Demski

On a Ben McAdoo offence influenced partly by Milanovich, Demski could find himself soon playing a similar role to that of Coombs and Durie – of a slotback that has the skills of a running back, especially after the catch.

“I just see myself contributing in any way,” said Demski. “Anything and everything.

“I’m just trying to prepare myself for the season for anything and to be ready – to be fast and strong and make plays when I get the ball in my hands.”

That willingness and ability to do anything went a long way for Ackie, Demski and Coombs the last two years, and those three won’t be the last.

“Especially how the game’s evolved over the years,” added Demski. “It’s all about versatility and if you can make plays anywhere on the field, that’s a beneficial quality to have.”