Great Eight: Egerter among prospects moving on from Toronto

Great Eight: Egerter among prospects moving on from Toronto 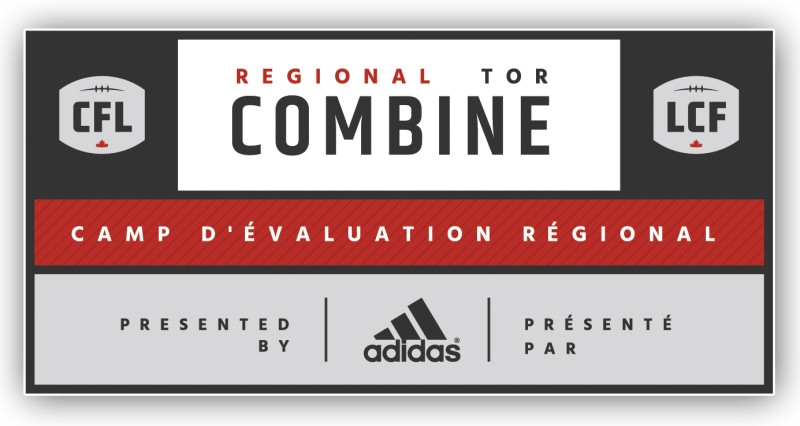 Johnson, one of four Western Mustangs that will stay in Toronto over the weekend, showed his athletic prowess all throughout Thursday’s events by putting up a 4.39 in the 40-yard dash, the second-highest electronic time recorded at a CFL Combine, while also leaping to an 11-foot broad jump.

“Definitely happy, I felt like I could do better on the vert but overall everything was good,” said Johnson, adding that his athleticism was the most important thing to get across to scouts this week. “I feel like I did get that point across, that’s one thing I really wanted to show them, that I can play with the best of them.”

Despite just full day between Thursday’s workout and hitting the bench press again Saturday, Johnson said he plans to test again at the National Combine this weekend. Some Thursday invitees opt to skip the weekend testing and go with the numbers they put up in the regional.

“I’m a competitor so I’m definitely thinking I’m going to test again,” said Johnson. “Hopefully I can better those numbers over the weekend with these coaches giving me the opportunity to show my talents again.”

Egerter was one of the top players to watch going into Thursday’s regional according to CFL.ca’s Justin Dunk, and the Guelph defensive lineman lived up to expectations by earning an invite to the weekend’s events in Toronto. He led all defensive linemen with 25 reps in the bench press, tying for second among all participants.

“Last time I ran a 5.7 which was not good at all,” said Egerter after the day’s events. “I had a lot to prove to myself and the scouts. I’m very happy with that.”

Like Johnson, Egerter said as of now he’s planning on testing again.

“I have more to show,” he said. “I feel like I did improve from last year at the East-West Combine, but I feel like I can still do better so we’ll see in a couple of days how I do.”

Linebacker Jackson of Sam Houston State was impressive out of the gate Thursday morning, pushing 24 reps on the bench press and putting up a vertical of 26.5 inches.

Not earning an invite but still impressing was Matthew Van Praet, whose 27 reps on the bench press led all participants, and A’dre Fraser, who led both the three-cone (6.81 seconds) and shuttle (4.25 seconds). Windsor defensive back Dave McDuffie had the highest vertical at 33.5 inches.

Of the eight players moving on, half attend Western University, five are on the defensive side of the ball while three are defensive lineman.

Monday’s combine marked the second year in a row Toronto has hosted a regional combine. Last year three players were picked from the Toronto Regional Combine to participate in the National Combine and two of them, Matt Rea and Melvin Abankwah, were selected in the 2015 CFL Draft.

Stay tuned throughout this weekend as CFL.ca provides unprecedented coverage of the National Combine, including live results, broadcasts of the bench press and 40-yard dash as well as ongoing analysis.