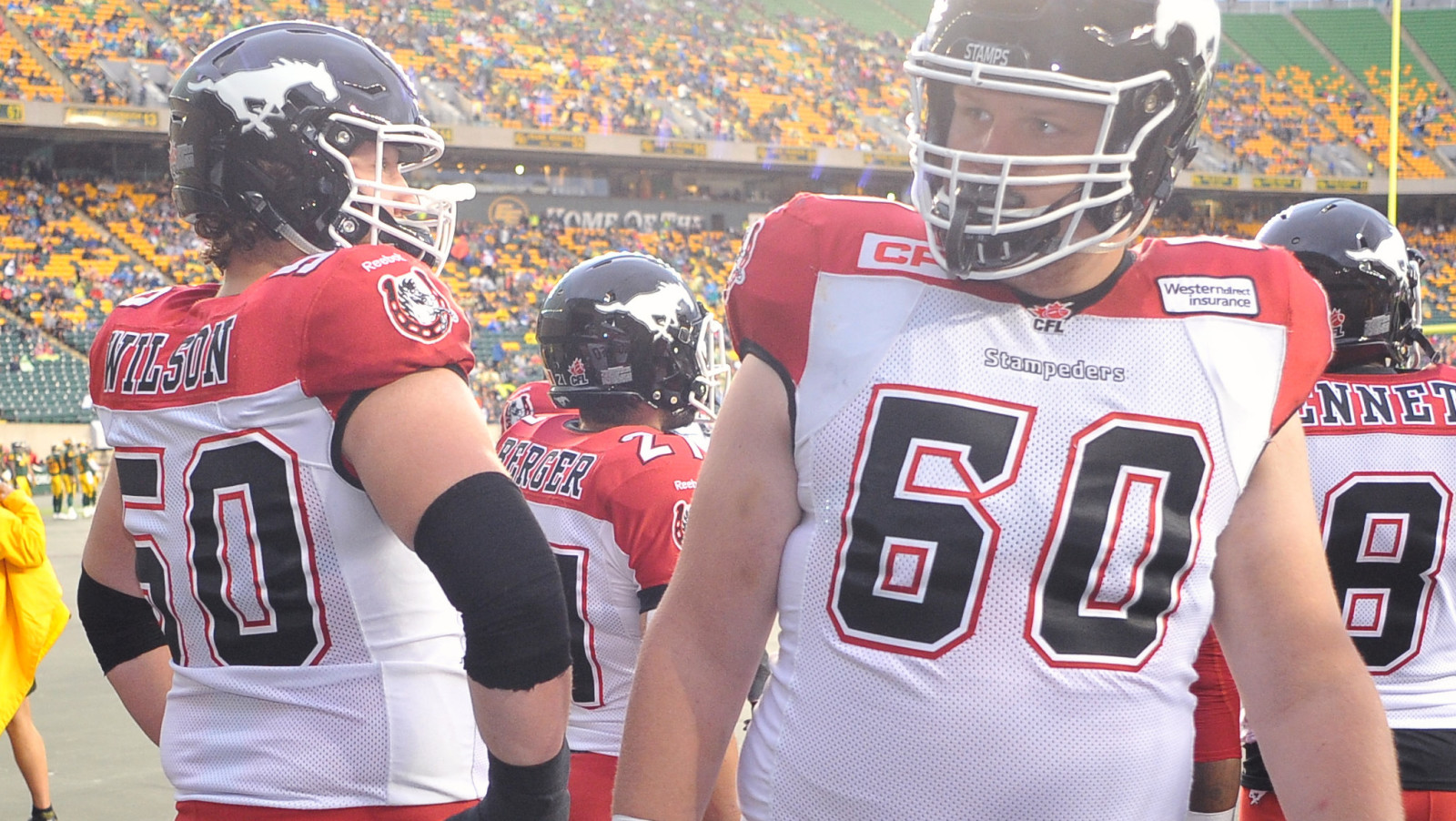 Both nationals, Bergman and Wilson played a key role in 2015 and are now signed with the team through the 2018 season. The moves add even more stability to what’s become arguably the league’s top offensive line.

“Shane and Spencer have both been important players for us over the past few seasons and I’m pleased that they have chosen to make a commitment to the club by signing contract extensions,” said Stampeders general manager John Hufnagel. “Under the guidance of position coach Pat DelMonaco, I believe the offensive line will continue to be a position of strength for us.”

The Stampeders allowed a league-low 59 sacks the last two seasons, helping Mitchell emerge as one of the CFL’s elite young quarterbacks. No quarterback has won more games early in his career than Mitchell, while the 26-year-old Katy, Texas native has already won a Grey Cup Championship along with a Grey Cup Most Valuable Player.

Last year the runner-up to Henry Burris for Most Outstanding Player, Mitchell tweeted his excitement for the moves:

Bergman, a sixth-round draft pick out of the University of Western Ontario in 2013, is entering his fourth season with the Stamps. He has started 30 games at left guard over the past two seasons.

Wilson, a Calgary Colts product who signed with the Stamps in 2011, is heading into his sixth season in Red and White and has made starts at four different positions on the offensive line. In 2015 he saw action at right guard, right tackle and left tackle and was the Stamps’ nominee for Most Outstanding Offensive Lineman as well as a West Division and CFL all-star.

“I’ve always called Calgary home and I really love this city,” said Wilson. “I’m very fortunate and happy to be staying here and playing for the Stampeders.

“I’m excited to be a part of this team for the next three years and I’m looking forward to a great season with Coach [Dave Dickenson] and Coach DelMonaco.”

Bergman and Wilson were both key parts of a line that allowed a league-low 33 sacks in 2015 and paved the way for three different tailbacks to record 100-yard games. 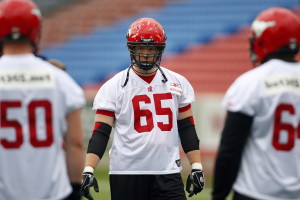 “Under the guidance of position coach Pat
DelMonaco, I believe the offensive line will
continue to be a position of strength for us.”
– Dave Dickenson

“I’m very happy for the chance to continue my career with the Stamps,” added Bergman, a 26-year-old native of Teeterville, Ont.

“It’s a great organization and I look forward to the 2016 season and a chance to be with my teammates again, to play for Dave Dickenson and to try and win another Grey Cup.”