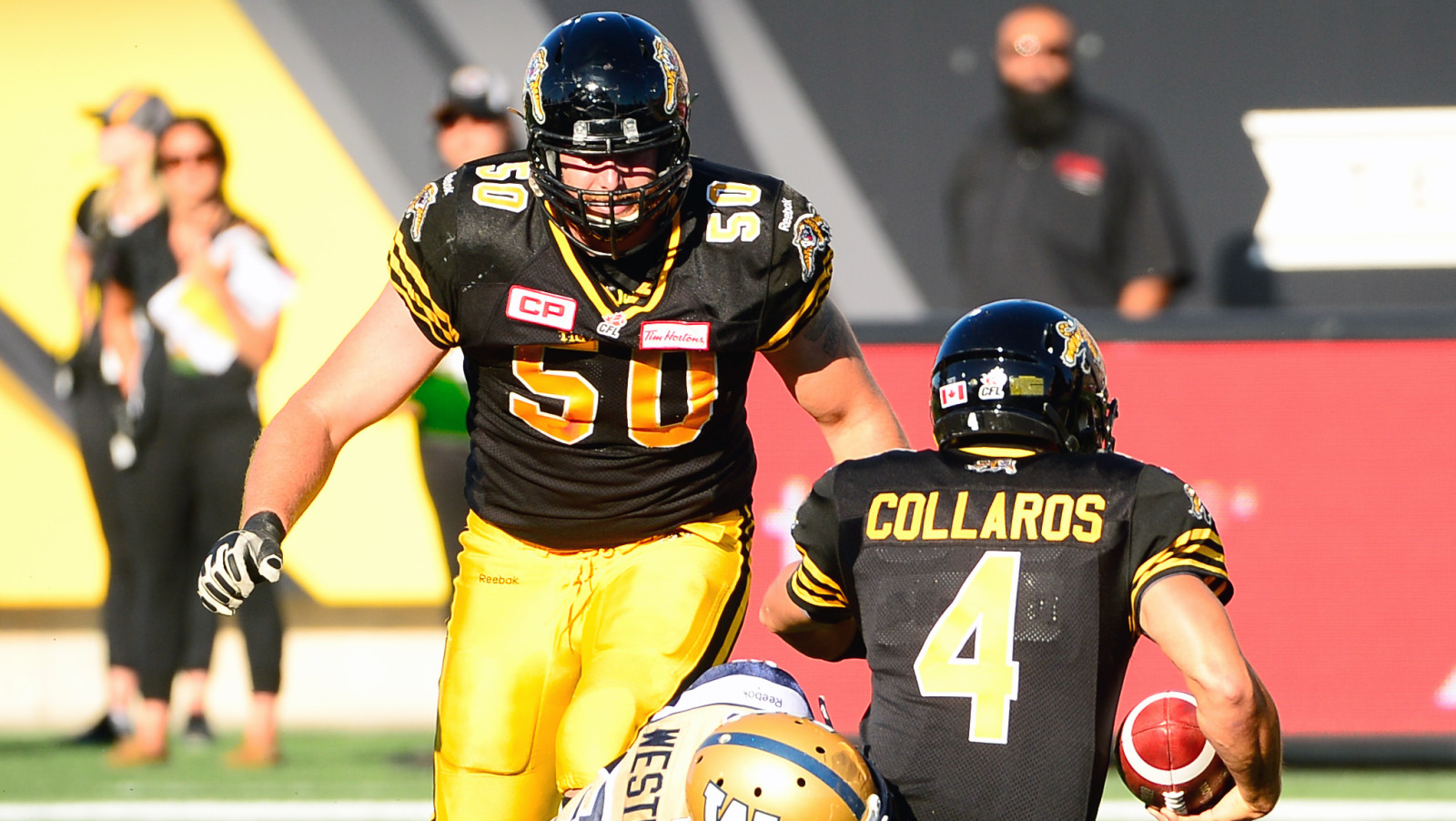 HAMILTON — The Hamilton Tiger-Cats have re-added a familiar piece to their O-line, agreeing to a new contract with veteran international tackle Jake Olson.

Olson, who became a free agent on Feb. 9, confirmed the news via his Twitter account on Friday afternoon:

Thankful to have toe opportunity to keep playing football. Headed back to the Hammer this year! #Ticats

The move adds size and strength to the Ticats’ offensive front, the 27-year-old possessing a powerful 6-foot-8, 315-pound frame.

A native of Hartford, Wisc., Olson looks to return to the lineup after suffering a season-ending knee injury last September in a loss to the Edmonton Eskimos. Olson was injured in the same game Zach Collaros sustained the torn ACL that also ended his season.

Before then, Olson, a Central Michigan graduate, had emerged as one of the league’s best starting left tackles. He’ll enter his third season with the Ticats after originally joining the team in 2014, when he started nine games along with two playoff games, including the 102nd Grey Cup vs. Calgary.