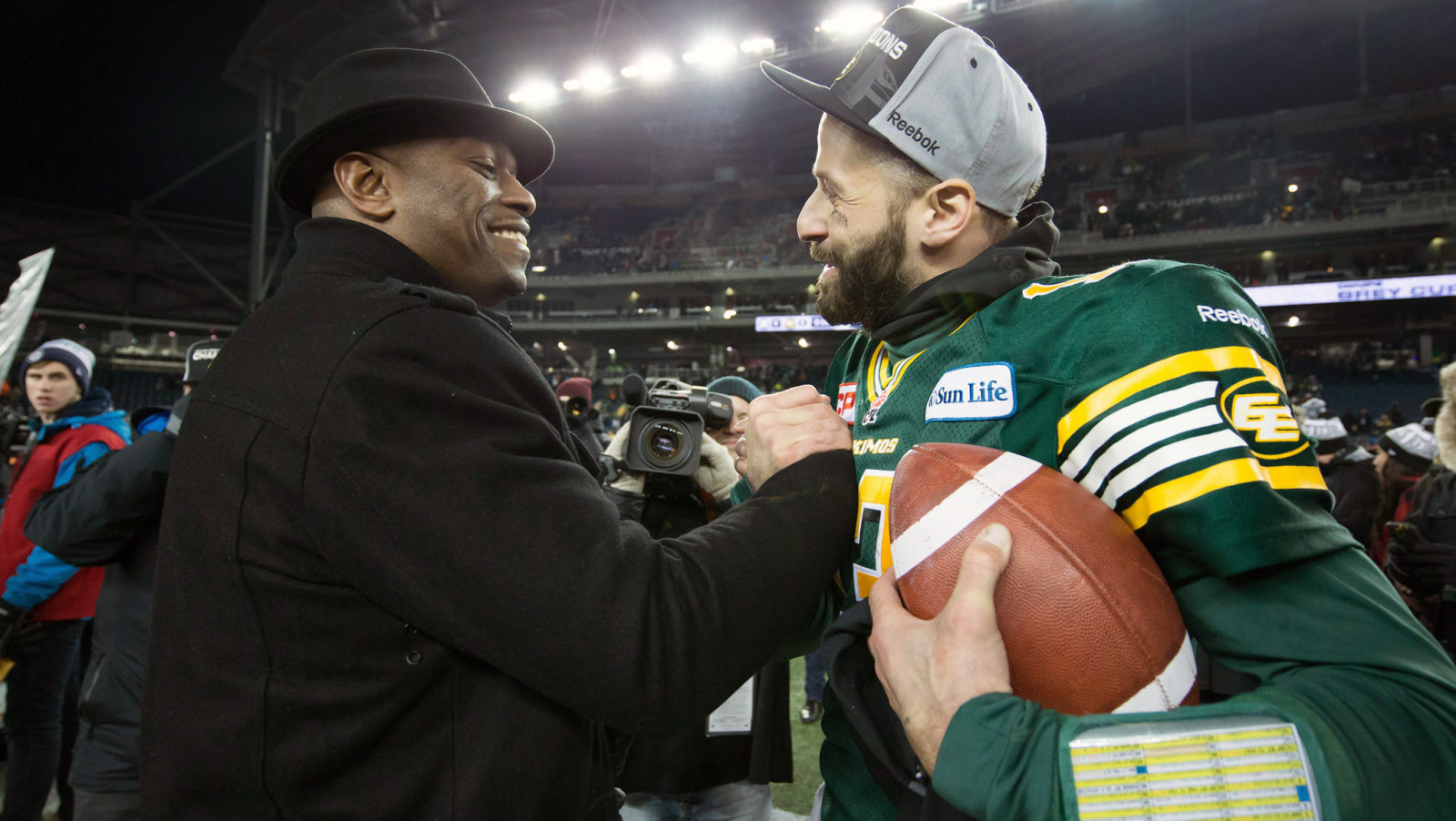 Our good friend Rod Pedersen made a few waves over the weekend, to say the least. His projected order of finish in the West Division particularly irked fans of the Edmonton Eskimos, and indeed, their players too. First off, we want to give a tip of the hat to Roddy for getting the CFL universe buzzing. We also want to explore the biggest talking point as a result: the perceived lack of respect for the Grey Cup champs.

Rod projected the Eskimos to finished fourth or fifth in the West Division this coming year, and he’s not the only one uncertain about the defending champs. Many pundits and observers have questioned the position Edmonton is in after its dominant 2015 title season. As you can see, quarterback Mike Reilly felt a little disrespected by the notion.

@CFL_News wow, this makes me think @rodpedersen might not know anything about football.

@CFL_News @rodpedersen the extreme homerism and clear lack of respect for the grey cup champs is just a little too much for me today — Mike Reilly (@Rikester13) April 2, 2016

So does Reilly have a case here? Are the Eskimos being shown a lack of respect? My answer is yes.

I get the questions that are out there. Chris Jones is gone to Saskatchewan and he took most of his championship-winning staff with him. Edmonton has also lost key personnel on the field, too. Dexter McCoil, Willie Jefferson, and Aaron Grymes are off to the NFL while Andrew Jones and Otha Foster (among others) have joined Jones in Regina. There’s no doubt this team is going to have a lot of new faces for 2016.

But there are two reasons why we need to give the Eskimos a little more credit.

First, look no further than their aforementioned quarterback. Having Reilly leading Edmonton’s offence keeps the Eskimos very much a force to be reckoned with this season. Reilly has emerged as one of the league’s true franchise pivots and has the ability to elevate his group even with a multitude of new faces.

Reilly has been at the helm as Adarius Bowman has turned into one of the league’s dominant receivers. Is that all because of the quarterback? Of course not, but Reailly is still a pretty big part of that connection. I don’t think it’s a coincidence, either, that Kenny Stafford had a career year under Reilly in 2015 with some huge games down the stretch. Again, Stafford’s success isn’t all on the quarterback, but it’s not independent of him either.

I think we’re going to be talking about an Eskimos team with a chip on its shoulder, too. That’s the second reason why I don’t think the Eskimos should be underestimated. Reilly isn’t the only player to have read some of the naysayers, and that can be a powerful tool. It doesn’t usually happen after a title-winning season, though, which makes it all the more intriguing. 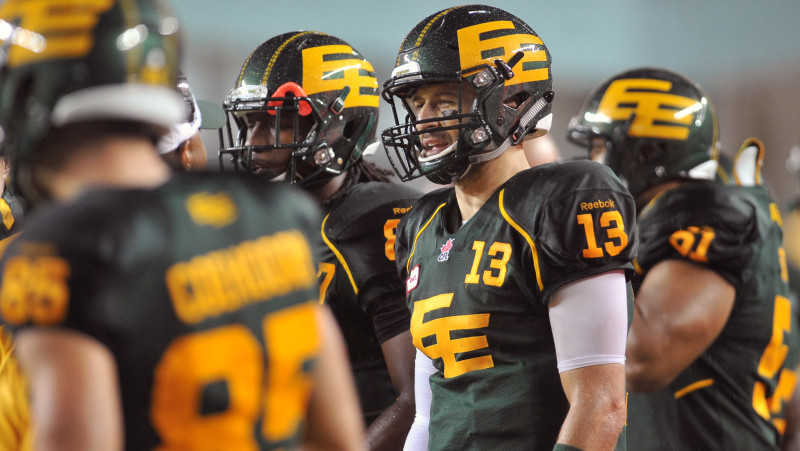 The Eskimos know they’ll be a marked group this season, as all teams are when defending a Grey Cup the next season. I’m curious to see if their desire to prove the critics wrong will help counteract the inevitable challenge of playing with targets on their backs.

I actually am quite excited to see what the Eskimos are all about in 2016. I really enjoy watching Reilly play and I think he’s firmly cemented himself as one of the CFL’s elite. Edmonton still has some really impressive weapons on offence, including a healthy John White who no one is talking about right now. I like Jason Maas and I think he’s ready to take on the challenge of being a head coach; I also think he feels like he’s got something to prove.

I’m fully aware the Eskimos have endured a lot of departures this offseason. But I’m also fully aware this team has built a really nice foundation. I think the rest of the West Division has gotten better, so I don’t think any team, Edmonton or otherwise, is going to run away and hide. But I’m certainly not going to sell the Esks short here because I think they’ll be heard from loud and clear when we kick things off in a couple of months.

There’s a lot of talk about the future of quarterback Jonathon Jennings in BC. With two years left on his entry-level contract, Jennings’s agent is pushing for a renegotiated deal. The Lions, on the other hand, are taking a little more of a cautious approach. And they should be.

Currently Jennings’s contract is heavily incentive-based. His camp is looking to change that to allow for more guaranteed money if he doesn’t remain the starter all year long. The agent is doing his job and advocating for his client here. But the Lions are also doing their job and taking a much more pragmatic approach.

I was as enamoured by Jennings as anyone else was last season. He was dynamite down the stretch for the Lions and was a big reason they locked down a playoff spot. But he still only has seven professional starts under his belt. That’s enough of a body of work to give BC enough confidence to put him number one on the depth chart coming into training camp. It’s not enough to justify a significantly renegotiated deal in my eyes, not yet at least.

JONATHON JENNINGS: 2015 BY THE NUMBERS

In Farhan Lalji’s article last week, Jennings’s agent referred to backups like Trevor Harris and teammate Travis Lulay being paid more. Unfortunately, that argument doesn’t hold a ton of water for me. Both players have proven significantly more in this league and have unquestionably earned the contracts they’ve signed.

Jennings, on the other hand, still has lots to prove. In a league governed by a hard salary cap, teams have to be pragmatic at the best of times. Giving a second-year quarterback a big bump off his entry-level contract doesn’t scream pragmatism for me.

Don’t get me wrong, because I’m really rooting for Jennings. He’s extremely exciting to watch and I think he has potential off the charts. But he has to prove he can play like that over a long, grueling season and the Lions need to see that too. If Jennings does just that, there won’t be any debate at all about a new contract for 2017.

Adding it up (Part III)

Over the last couple of weeks we’ve been looking at the biggest additions made by each team this off-season. So far, we’ve highlighted all four East Division teams and here’s what we have so far.

Now let’s start with a pair of West Division squads, starting with the two busiest groups in free agency. 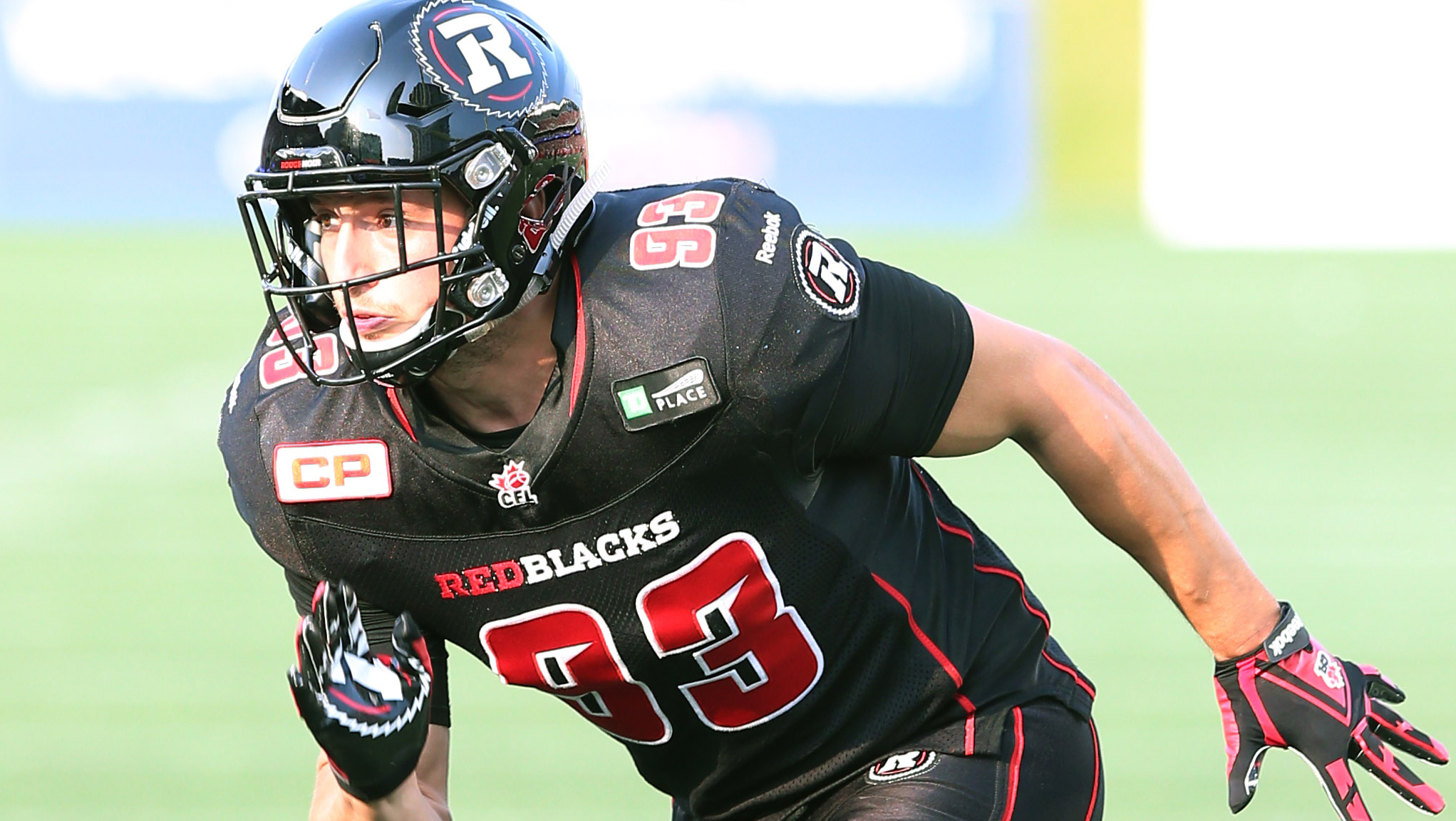 In terms of impact Canadian defensive linemen potentially available in free agency, Capicciotti and Ted Laurent were neck and neck for number one. Because Laurent re-signed with Hamilton, I honestly believe Capicciotti might be the most significant addition made this off-season.

With 11 sacks in 2014, Capicciotti burst on the scene in his first year as an everyday starter. He stepped it up last season and finished third in the league with 12 sacks with even more attention paid to him. At the age of 26, Capicciotti looks like he’s just getting started and the Riders get him as he enters the prime years of his career.

The added bonus with Capicciotti is his passport. As a national defensive end, he becomes a true ratio buster for Saskatchewan in a position typically populated by international players. Regardless of whether he was born in Canada or not, though, Capicciotti is a massive addition for the Riders. The ratio options he gives them serve as icing on the cake. 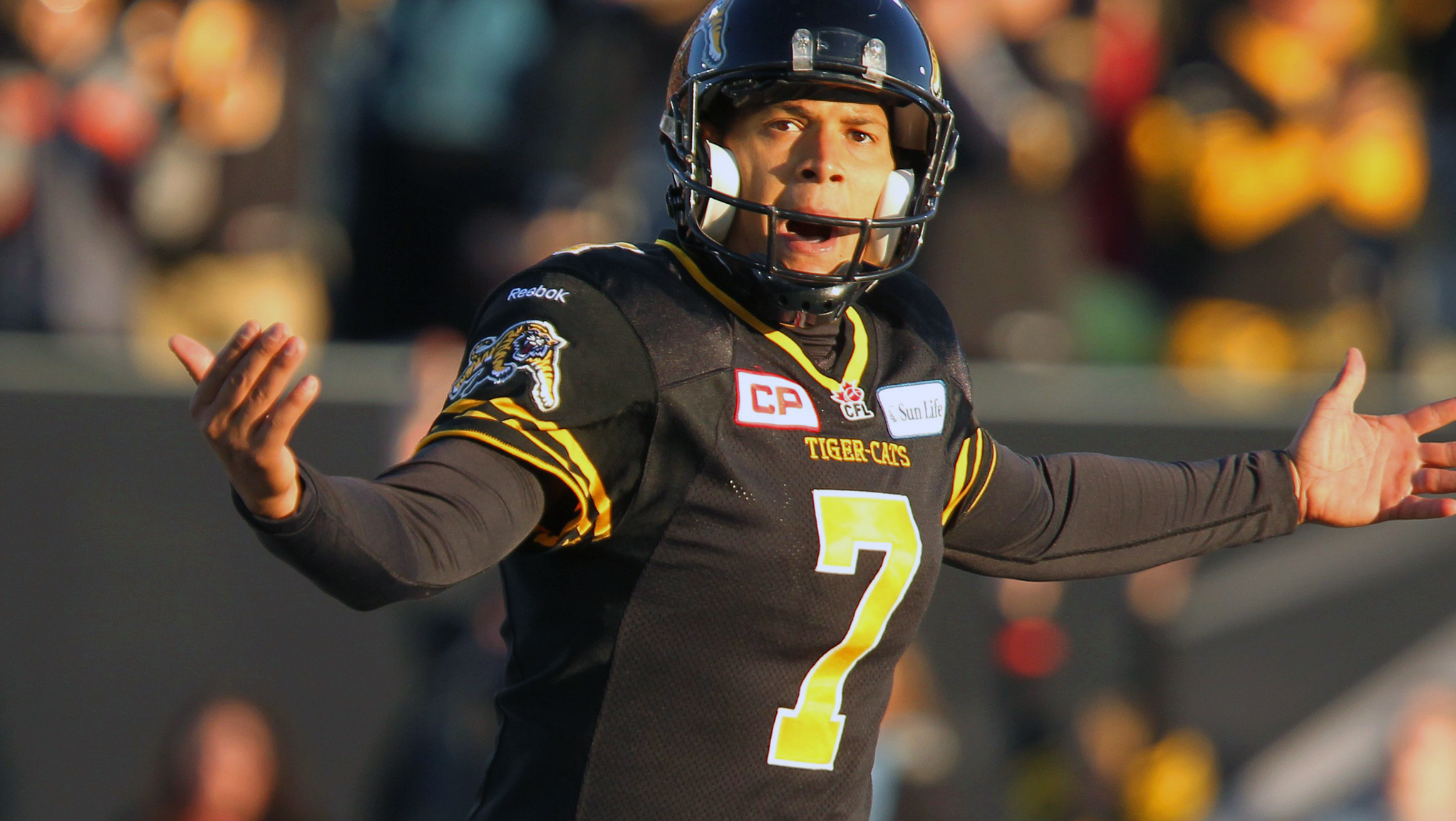 For a team as busy as Winnipeg in free agency, it might seem strange to some to point to a kicker as its most important addition. The Bombers added the likes of Andrew Harris, Ryan Smith, Jeff Keeping, and Keith Shologan with much fanfare. No knock on those players at all, but adding Medlock is still most significant for me.

Medlock is the league’s best kicker and has been for the last number of years. In three seasons with the Tiger-Cats, Medlock hovered just below 90 per cent for accuracy and he did that completely unshackled. Medlock was free to let loose numerous times well over 50 yards and is good from long range far more often than not.

Adding a kicker of this caliber opens up so many strategic options and should consistently allow the Bombers to come away with three points without having to sacrifice field position. Adding a player like Medlock would be an improvement on virtually every team. Knowing the kicking issues Winnipeg had last year, this should prove to be night and day.