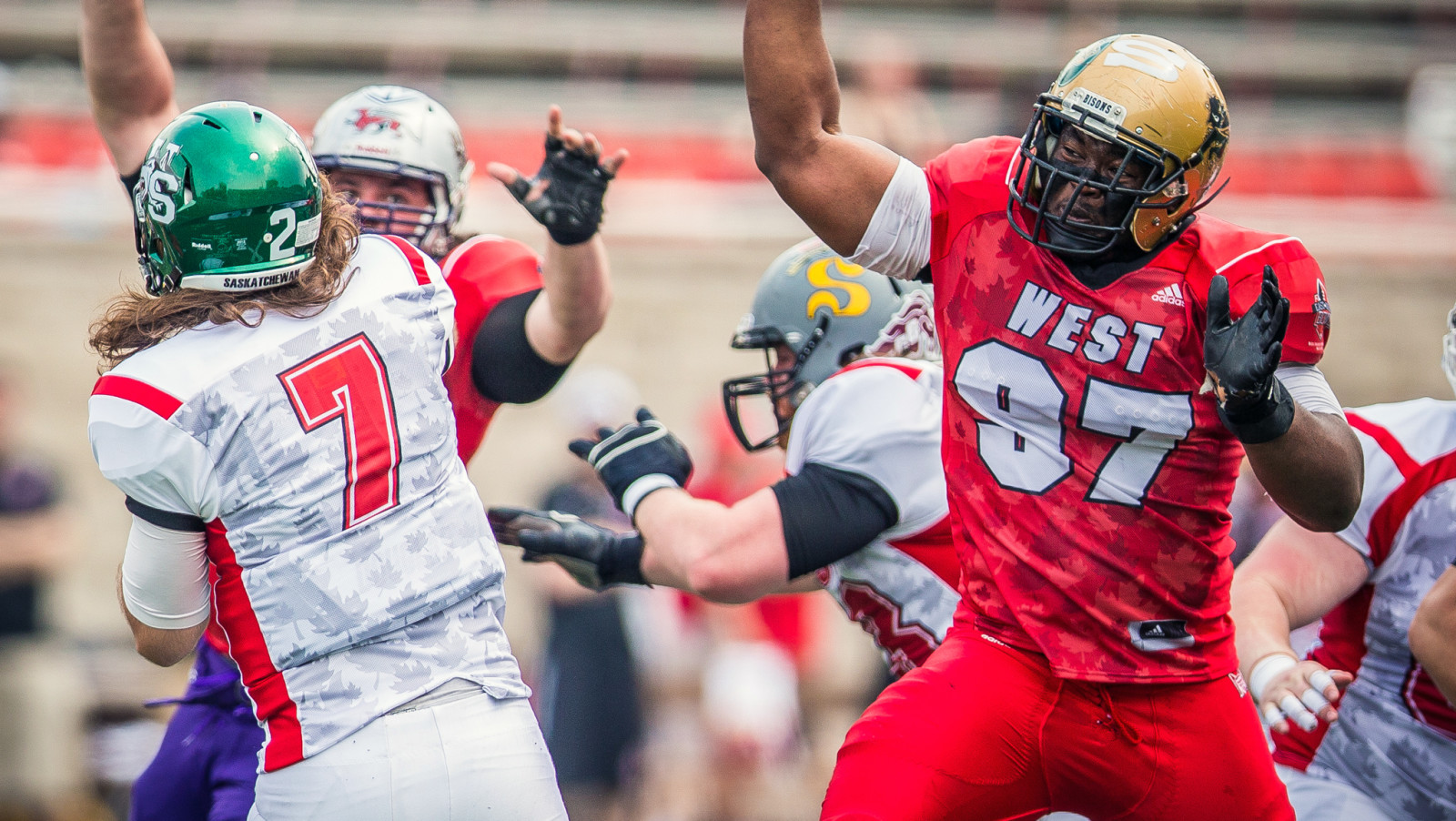 TORONTO – The Canadian Football League Scouting Bureau has released its third and final rankings of the top-20 eligible prospects for the 2016 CFL Canadian Draft that’s taking place on May 10, 2016.

The list features a new number one in town, as David Onyemata has overtaken Tevaun Smith after dominating at his University of Manitoba Pro Day in March.

“Onyemata takes his rightful place at the No. 1 spot,” said CFL.ca’s Justin Dunk. “He’s an ultra athletic 300 pounder who possesses the traits and potential to be a long-time starter in the pros.”

The CFL Combine reflected plenty of change in the way scouts view prospects, as only four players throughout the entire rankings remain static. Meanwhile, two new players have entered the top-20, as Simon Fraser offensive lineman Michael Couture’s combine performance solidified his draft status while linebacker Alex Singleton enters the top 10 after only recently getting eligibility.

“After taking advantage and capitalizing on the opportunity to perform in front of scouts at the CFL Combine, Couture jumps into the final top 20,” said Dunk. “The athletic offensive lineman proved he deserves to be in the top tier of blockers in the 2016 class.”

Acadia receiver Brian Jones may have helped his stock the most, using a strong combine performance to rise from 18 to 10, now making him the second-ranked receiver heading into May’s draft.

“The star of the CFL Combine rises up the rankings,” Dunk added. “Jones is a big, physical receiver who can run and move well for his size at around 230 pounds.”

With the May 10 CFL Draft fast approaching, all that’s left now for the top prospects is to wait.

Below is the full ranking:

Please note: The number in parentheses is the player’s ranking from the last CFL Scouting Bureau published in December 2015.

J.P. Metras Trophy winner and Manitoba Bison David Onyemata overtook the first ranked position in the April edition of the CFL Scouting Bureau. The All-Canadian at the defensive tackle position racked up 46 tackles (31 solo) as well as five sacks and 7.5 tackles for a loss. Onyemata also participated in the 2016 East-West Shrine game earlier this year in Florida.

Following Onyemata is Toronto native Tevaun Smith. The Iowa Hawkeye receiver finished second on the team with 32 receptions and 564 yards while scoring three touchdowns including an 85-yard reception versus Michigan State in the Big 10 Championship game. In the previous two rankings, Smith topped the list.

Boston College defensive lineman Mehdi Abdesmad moved up one spot to the third position in the top prospects rankings. The Montreal, Que. native tallied 49 total tackles (35 solo) and 5.5 sacks during his senior year with the Eagles. His impressive season with the Eagles was recognized with an invite to the NFL Combine.

Rounding out the top five is Oklahoma Sooners offensive lineman, Josiah St. John. The 6-foot-6, 308-pound tackle played two seasons in Norman, Okla. playing in 15 games and starting in four (all in 2015). The Toronto native was ranked third in the December rankings. 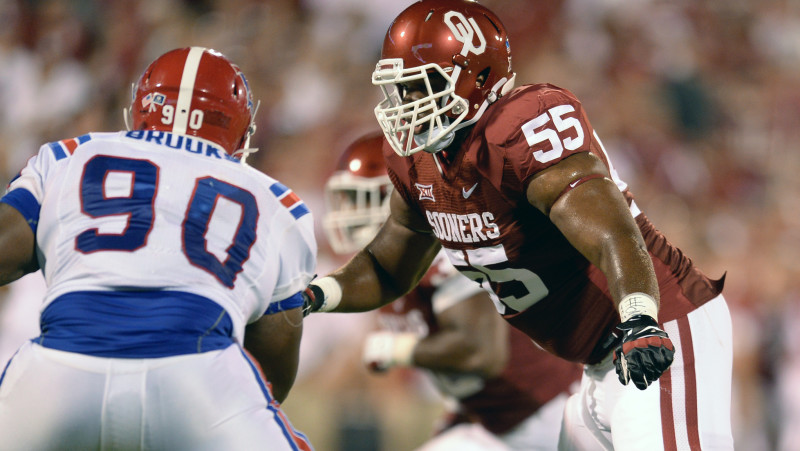 In the April rankings, two players joined the top-20 list; Alex Singleton (No. 7) and Michael Couture (No. 16). Acadia’s receiver, Brian Jones saw the largest climb post-CFL Combine, where he went jumped from No. 18 in the December rankings to No.10.

All 20 players from last season’s April CFL Scouting Bureau rankings were selected in the 2015 CFL Draft including eight first round selections. 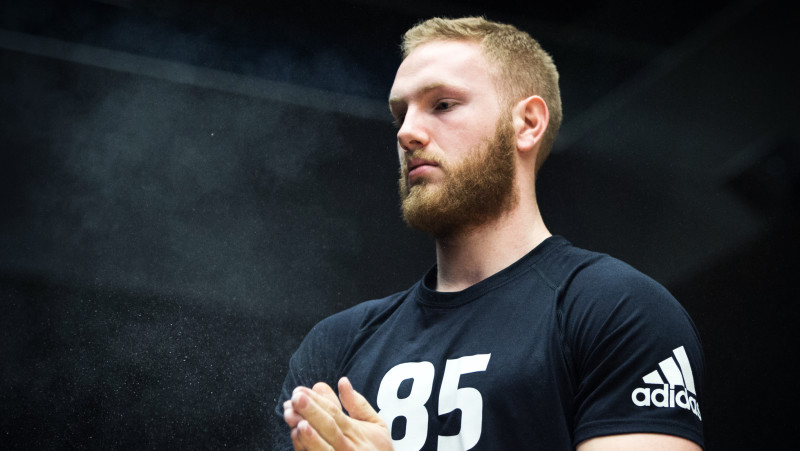 About the Central Scouting Bureau

The 2016 Canadian Football League season kicks off Thursday June 23 when the Toronto Argonauts host the Hamilton Tiger-Cats at their new home at BMO Field in Toronto. It culminates Sunday November 27 with the playing of the 104th Grey Cup, also in Toronto.