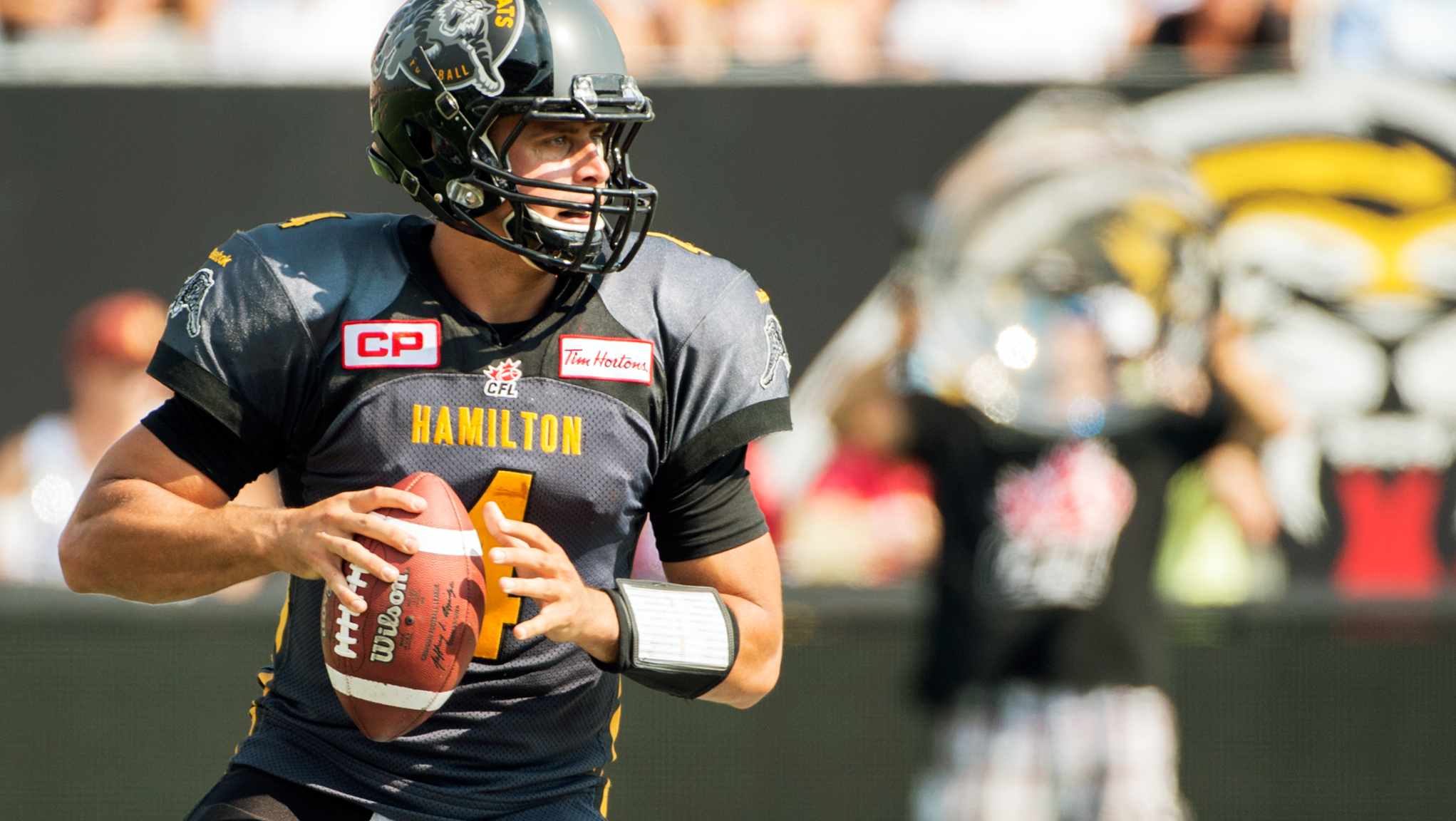 HAMILTON — The long road to recovery for Hamilton Tiger-Cats star quarterback Zach Collaros continues and will likely do so into the start of the regular season.

Tiger-Cats head coach Kent Austin confirmed Wednesday afternoon that his young pivot will be limited in training camp and will be unavailable to start the regular season.

Austin held a media teleconference to provide updates to all things related to the football club and when asked about whether Collaros will fully participate in camp or not, he responded by saying:

“He will not be able to participate in training camp.  He will be going through his normal rehabilitation protocol so if you mean ‘will he be ready for the season coming out of training camp?’, the answer is no.”

Despite the fact that the Ticats will enter the season with their starter on the bench, Austin is encouraged by Collaros’ rehabilitation so far.

“Zach is doing as you can imagine, amazing well,” the Tigertown head coach said.  “He has the DNA to not only follow instructions but push the envelope without overdoing it.  He is healing well and the prospects for him moving forward are excellent.”

Collaros was having an MVP-caliber year in 2015 until he injured his ACL in a September contest against the Edmonton Eskimos.

Austin also confirmed that former all-star safety Craig Butler will also miss the year in all likelihood due to injury.