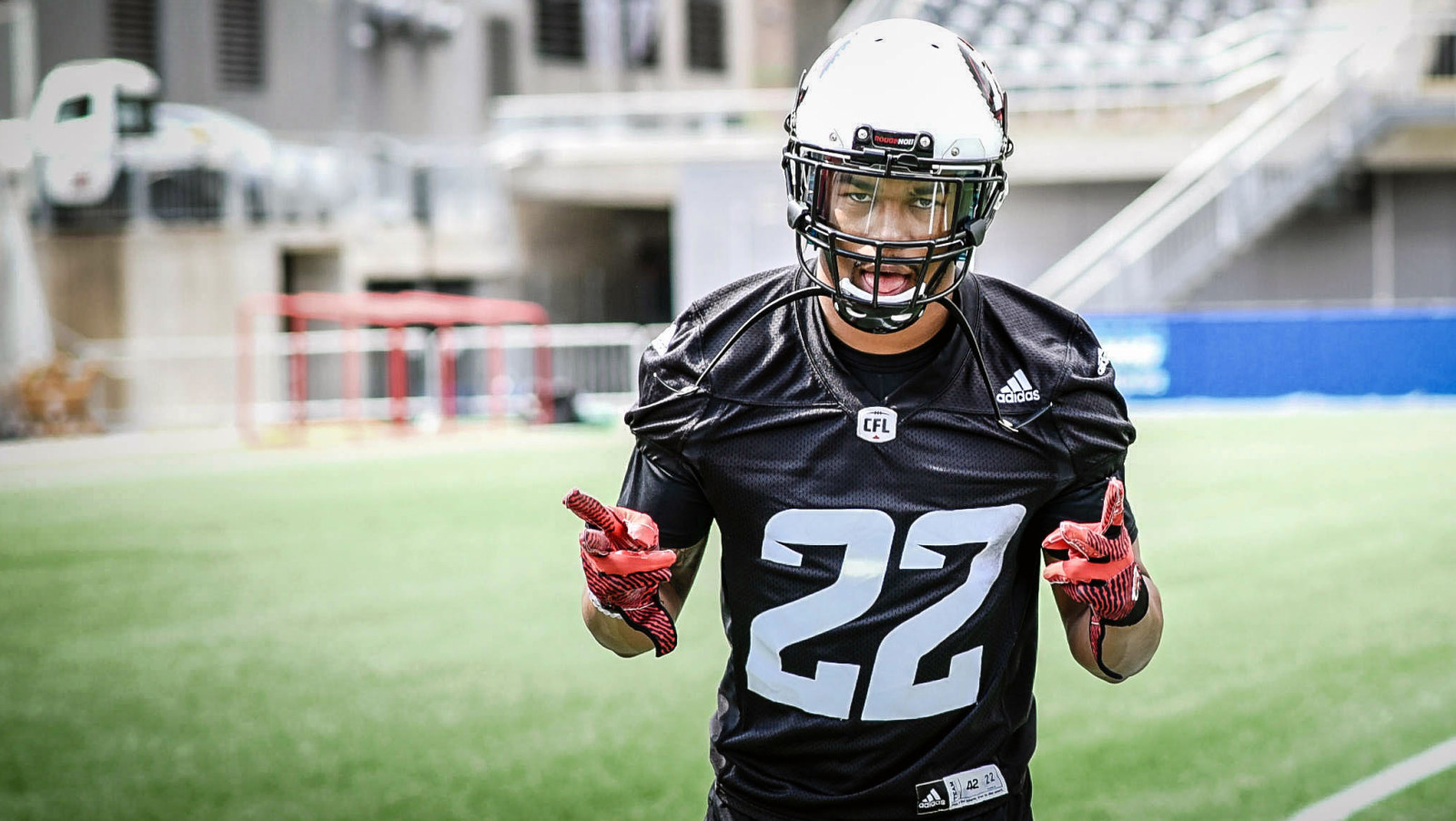 OTTAWA — If the Ottawa REDBLACKS want to think about defending their East Division title this November, the long road starts with three days in late May.

First-year players and quarterbacks reported to TD Place on Wednesday for the team’s annual rookie mini-camp, where coaches and players aim to take advantage of a four-day window ahead of the official start of training camp Sunday.

Most of the team’s 2016 draft picks are now under contract and were present at Wednesday’s first workouts, described by Head Coach Rick Campbell as an energetic first day.

“It’s typical of day one, there are people coming out here and flying around which is a good thing,” said Campbell. “The guys worked hard, we’ve kind of pushed them along on installation and making sure they’re learning stuff in the playbook.” 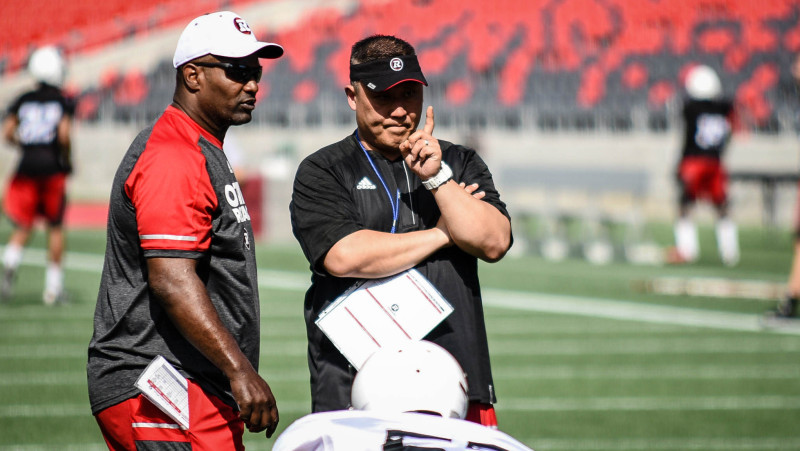 The key, Campbell said, is getting the rookies a head start on install and also getting them up to speed on the CFL game before veterans arrive Sunday. With the short training camp and only two pre-season games, it’s only a matter of time before Ottawa’s season kicks off June 25 in Edmonton.

“What we do is install three days of training camp and when the veterans get here, they’ve already heard it and done it once,” said Campbell.

“I think we owe it to these guys as coaches to get these guys as ready as we can so they can compete with the older guys coming in on the weekend.”

The REDBLACKS enter camp looking to hit the ground running amid high expectations in 2016. A 12-6 season in 2015 along with an East Division title and a trip to the Grey Cup mean no more flying under the radar for this third-year Ottawa team.

Starting camp at TD Place for the first time is a nice wrinkle, as construction kept the REDBLACKS away in 2014 and the Women’s World Cup in 2015. Holding camp on familiar ground provides a logistical advantage for coaches and players, who can now work in their own offices with their own equipment, medical supplies and video.

Among the rookies who have already gotten to use the same field, the same meeting rooms and the same locker-rooms they’ll be using on home dates throughout the 2016 season are first round pick Jason Lauzon-Seguin and second round pick Mikael Charland, two of nine REDBLACKS draft picks.

“We owe it to these guys [to get them] as ready as we can so they can compete with the older guys coming in on the weekend.”
Rick Campbell

“Day one went pretty well, very excited to be here,” said Charland, the draft’s 16th overall pick out of Concordia. “I think during the scrimmage I got to impress some of the coaches with interceptions so for me I finished the day pretty well.”

“Practice this afternoon, there was a lot of heat and I was surprised,” added Lauzon-Seguin, “but [Offensive Line Coach Bryan Chiu] gave us reps so it was fun and I’m really happy to be here.”

For rookies and quarterbacks Henry Burris and Trevor Harris, the work continues on Thursday — the second of three days of rookie mini-camp.

“Key thing is going to be who comes out tomorrow and shows they’re improving,” Campbell said Wednesday. “That’s gonna be what we’re looking for over these next three days.”

“You want to see guys get better and understanding what we’re trying to do.”

The rest of the team will officially open camp on Sunday, May 29.