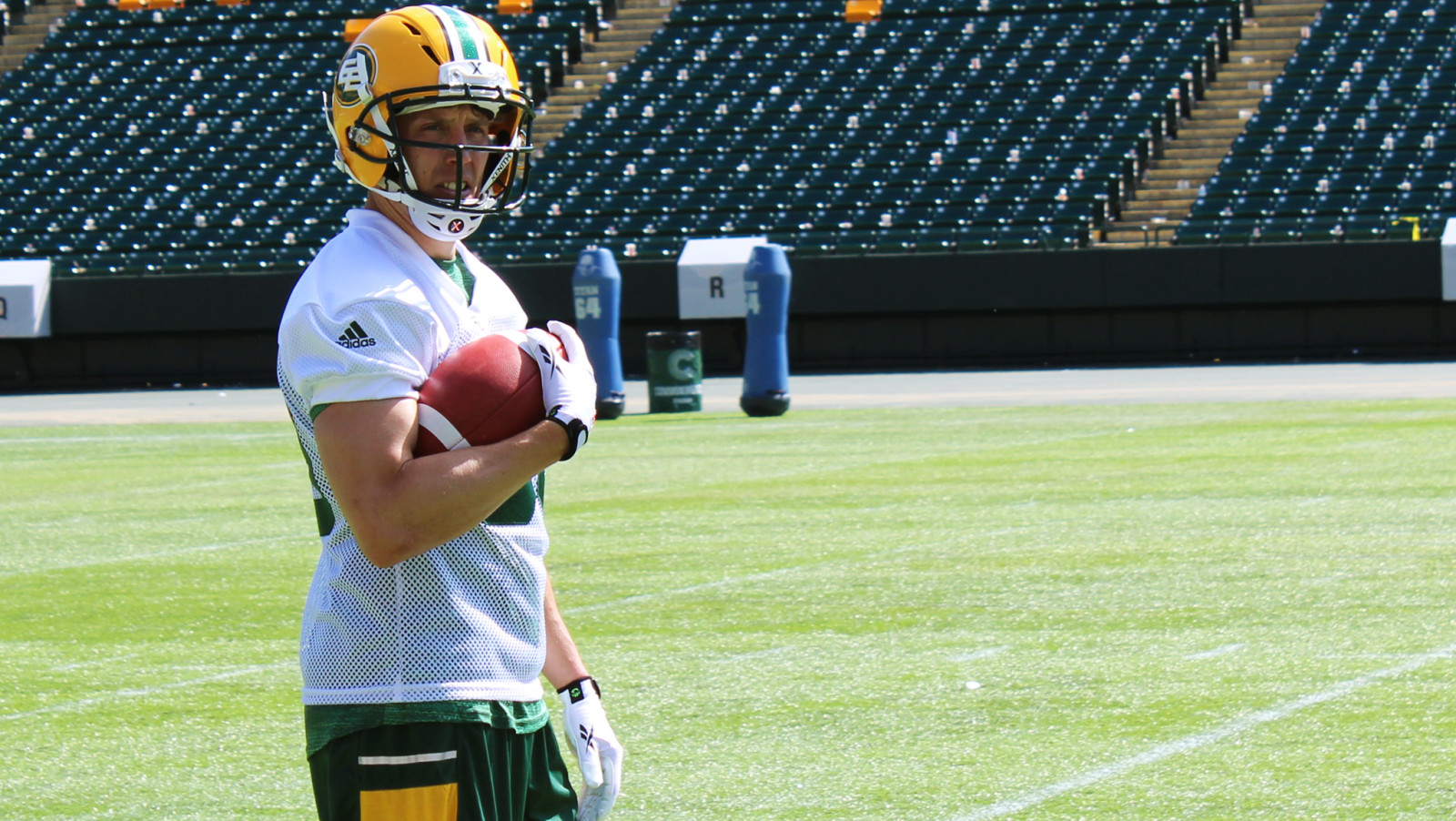 EDMONTON — At a stage in his career where most players like to say they’d like to play out their careers with the team they’re on, Chris Getzlaf is excited about getting a fresh start.

The older brother of Anaheim Ducks captain Ryan, Getzlaf has spent the bulk of his career with the Saskatchewan Roughriders in a city he was born and grew up in.

A sure-handed and speedy receiver, Getzlaf has built an impressive resume during his eight-plus seasons in Regina.

He’s a two-time CFL West All-Star (2012-13) who earned the Dick Suderman Trophy as the Most Valuable Canadian in the 2013 Grey Cup game.

Getzlaf’s career path has headed west to the Edmonton Eskimos, where he’s expected to be a steadying veteran presence among the Canadian-trained receivers.

“I look at it as a great opportunity to get out there and show I’ve still got it,” said Getzlaf. “I’m coming to a great organization with a great history. I’ve got a lot to prove on a team coming off a Grey Cup win.”

CFL.ca’s Brodie Lawson goes 1-on-1 with Eskimos head coach Jason Maas as he readies for his first head coaching gig.

On the plus side, Getzlaf has landed on his feet in an established program. There’s no major rebuilding project in the works for the Eskimos. Newly-minted head coach Jason Maas has a proven record showing he knows how to direct an effective offence.

“I’m blessed to be able to come to a team that has everything in place to make another run at another Cup,” said Getzlaf.

“It’s been absolutely fortunate on that side of it. I haven’t had to deal with a lot of injuries that have kept me out. Last year was a tough one for me. The year before, I was only out for three games. That’s pretty small on the big scale of things.”

Having appeared in 10 games last season on a team that had also lost quarterback Darian Durant proved to be a less than ideal situation for all concerned.

“It was real draining to say the least,” said Getzlaf. “I hadn’t been used to anything like that. It’s hard to sit back and watch what’s going on like that.”

Not many players get to play most of their careers in their home town and Getzlaf is one of the lucky few. Changing colours to a different shade of green means a new adventure.

“I’ve got a few years left playing in Edmonton, so it’s cool,” said Getzlaf. “Obviously, it’s a blessing to be able to play in your home town, but there’s also a whole new rejuvenating aspect for me and my wife. Travelling and playing for another team, especially a team that’s, in my opinion, in the drivers’ seat to win another Grey Cup.

“I’ve been playing this game for a long time,” said Getzlaf. “I know what to expect in training camp. I’m mentally and physically prepared for it. Hopefully, I can be a veteran presence where I can share the knowledge I’ve learned over the years and be able to help an already solid team.

Another plus will be playing in a city with an NHL team. Once the NHL schedule is out, Getzlaf will be able to host his younger brother when the Ducks come to town.

“It’s another little added bonus, for sure,” said Getzlaf.