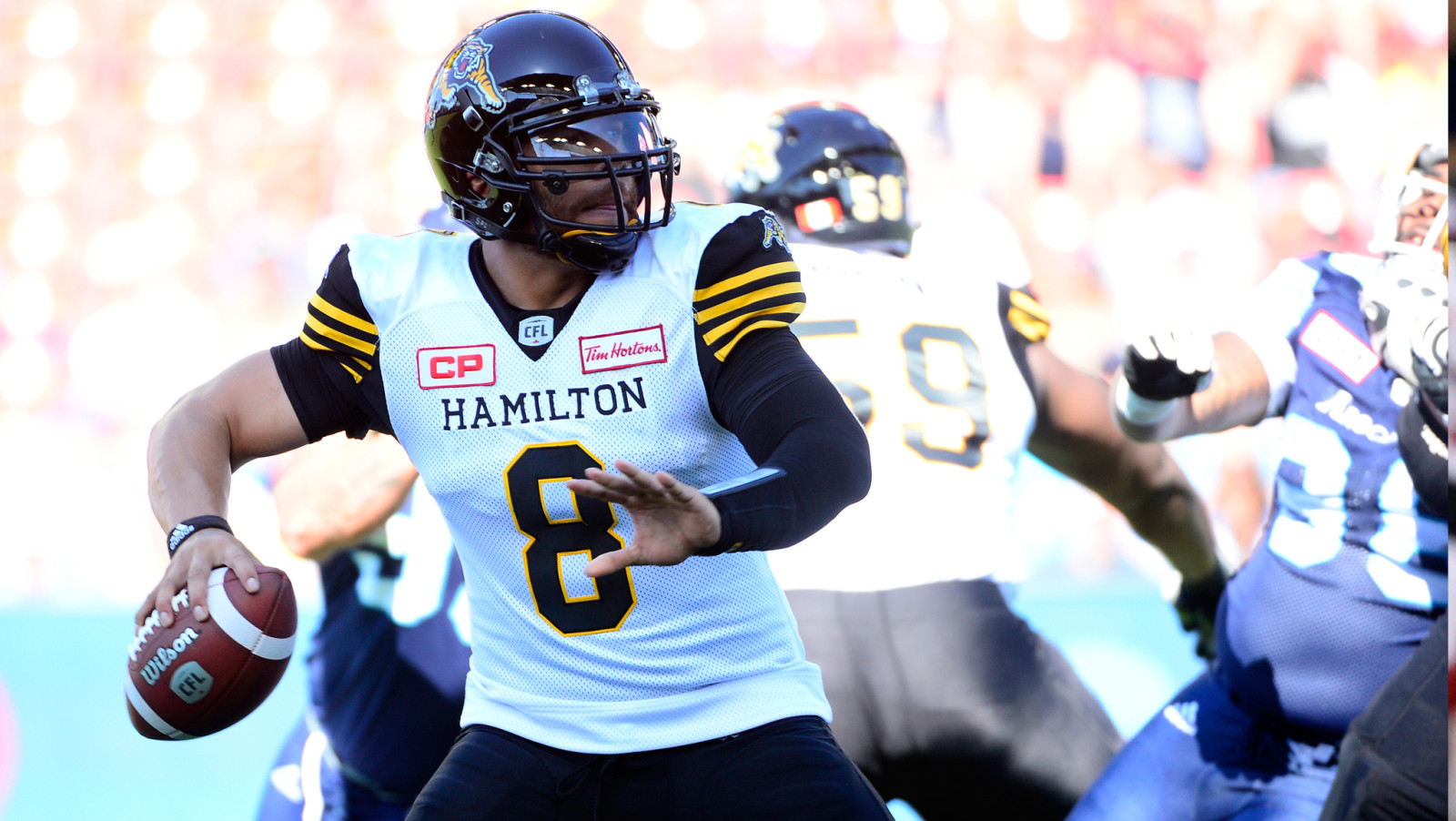 HAMILTON — With Zach Collaros still rehabbing his knee, it will be Jeremiah Masoli getting the start under centre for the Hamilton Tiger-Cats in Week 1.  Head coach Kent Austin confirmed that the Oregon grad will get the nod against the Toronto Argonauts at a media availability on Sunday.

The news was first reported by TSN’s Matthew Scianitti on his Twitter.

Masoli had a solid pre-season totaling 179 yards and a touchdown on 15 of 24 passing in games against Toronto and Ottawa.  Last season, he filled in admirably for an injured Collaros and backup Jeff Mathews, completing 11 of 21 passes for 148 yards and a TD in the season finale vs. Ottawa earning him a start in the Eastern Semi-Final.

As for Collaros, Scianitti tweeted an updated on his status as well: